Dhanlaxmi Bank: The challenges of being headless

Critical decisions, and therefore growth, get delayed as the beleaguered bank is yet to appoint a new leader 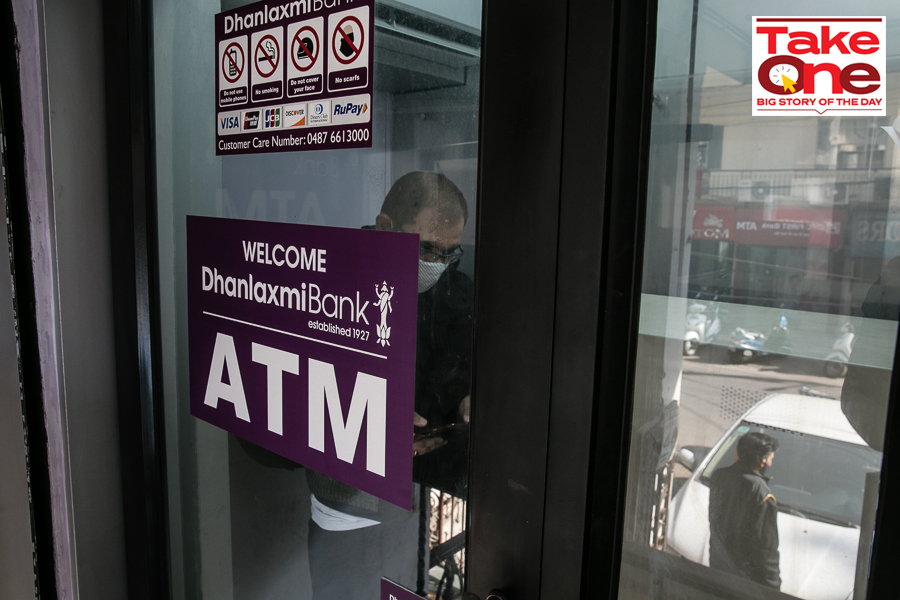 Nearly three months have passed since Thrissur-based Dhanlaxmi Bank Ltd (DBL) became headless. The Reserve Bank of India (RBI) approved the appointment of a committee of directors (CoD) to run day-to-day operations of DBL, after its shareholders voted against the re-appointment of its then managing director and CEO Sunil Gurbaxani. The bank is already facing the effects of a leadership deficit. It had, in September-end, planned to upgrade its core banking solution and IT migration to a new Oracle-based platform. This was carried out only in late December. Delayed business development But some more functions relating to linkages between treasury and forex integration with core banking is yet to take place. There were also plans that relate to business development, which have been delayed. These relate to improving digital penetration, strengthening cyber security and cross-selling of products to increase the value per customer. The bank has also shifted its headquarters to a new building.   “Some of these decisions are still pending. It will be the priority of the new leader, when he takes charge,” says a bank insider, on condition of anonymity. But the bank is yet to appoint a new chief, which will have to be done soon, considering that the CoD appointment is only an interim arrangement for four months. The CoD is constituted with G Subramonia Iyer as chairman, and G Rajagopalan Nair and PK Vijayakumar as members. The business of the bank is largely concentrated in Kerala, which accounted for nearly 60 percent—or 145 branches—of the bank’s 245-branch network, as of September 2020. With total advances of Rs 7,060 crore and total assets of Rs 12,713 crore as of September, DBL is one of the small-sized regional banks in India. The name of former State Bank of India (SBI) director JK Shivan has come up as a potential successor to Gurbaxani. But the RBI has asked DBL to get approval from its shareholders before appointing him. Usually the RBI selects a candidate whose appointment is then made official at a bank’s next annual general meeting (AGM). “Some decisions critical to the bank’s business development are at a standstill,” says the insider. It might start to have an impact on the bank’s Q3 financial earnings, which could emerge as an injustice to the bank’s retail shareholders. DBL’s stock price has fallen 10.4 percent in the past six months to Rs 13.3 at the Bombay Stock Exchange, in the absence of fresh buying triggers. Gurbaxani has declined to comment on the latest developments at the bank, but in earlier weeks he had said there were several plans to improve the bank’s retail presence. His thrust towards gold loans was already a winner: The bank’s gold loan book was at Rs 266 crore in the five months between April and September, compared to Rs 240 crore in the whole of FY20. 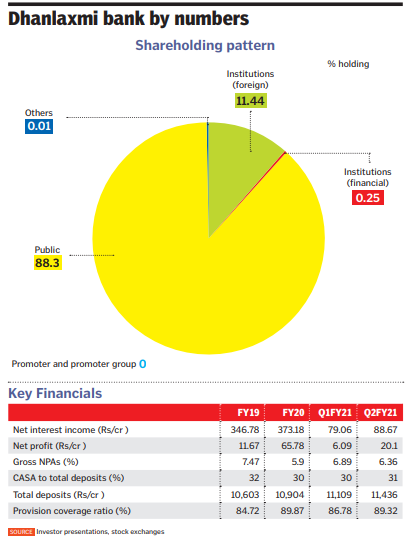 The absence of a new CEO has meant that strategic decisions to drive cross-selling and improve the bank’s digital presence have been on hold. It also means that some other regional banks such as South Indian Bank, City Union Bank, Catholic Syrian Bank, and TamilNad Mercantile Bank will continue to eat into DBL’s business. Contraction in net income DBL has seen a contraction in net interest income in the six months ending September 2020 to Rs 167.73 crore, compared to Rs 190.74 crore for the corresponding period a year earlier. The bank has seen its net profit halve in the same period to Rs 20.1 crore, against Rs 41.91 crore in September 2019. But as seen with banks that have been placed under a moratorium or a CoD, they have not been able to climb back to their previous growth paths until the problems have been resolved. “A headless institution is worse than an institution on a ventilator,” says another source in the bank. Until a new successor to Gurbaxani is found, the management right now appears to be more like a guard rather than a guardian of the bank. It becomes all the more acute in DBL’s case, which, in the absence of promoters, has shareholders who are interested in bank operations (see table). Only 154 shareholders of the 80,000 participated in the AGM in September. And of the 154, only a handful voted against Gurbaxani. In the case of Lakshmi Vilas Bank (LVB), another weak bank that has seen losses for years and a fall in deposits, the RBI has formulated and cleared a proposal of amalgamation of LVB with private lender DBS India. In the case of DBL, it chose the quickest option of creating an interim CoD. But the problems inherent to the bank—where around 30 percent of its shareholding is in the hands of four individual shareholders—will continue to weigh it down. The new leader will face the twin challenges of dealing with this internal concerns and starting to drive the bank towards a new growth path once again.