In 11 of the past 14 instances, stock prices of the companies performed better one month prior to the buyback as compared to a month following the announcement 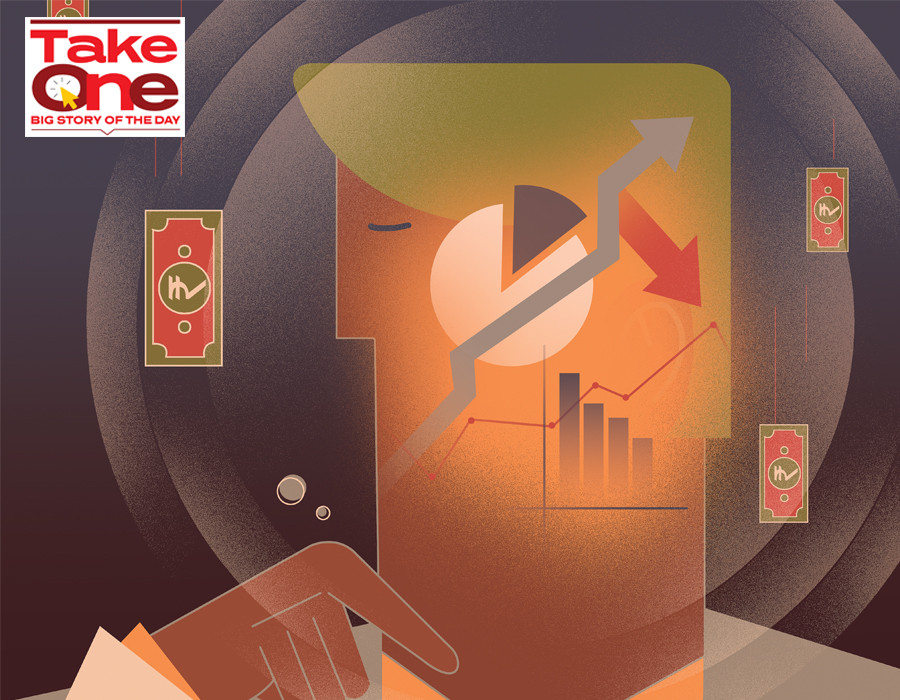 In 11 of the past 14 instances of buybacks by IT companies, stock prices performed better one month prior to the buyback as compared to a month following the buyback announcement. Illustration: Chaitanya Dinesh Surpur

Despite share buybacks being considered as a management’s increasing confidence in the underlying fundamentals of a company, analysis of data shows that they have not done much to boost stock prices post buyback in most Indian software services firms. On Thursday, Infosys announced a buyback of Rs 9,300 crore to repurchase 1.19 percent of outstanding shares through the open market route at a price not exceeding Rs 1,850 per share, a nearly 30 percent premium to the day’s closing price.

However, there is no clear relation between price gains and buyback announcements in tier-1 IT companies, according to analysis by ICICI Securities. The data is based on analysis of the price performance of the stocks before and after the announcement of buybacks. In India, buybacks by companies are mostly led by IT firms due to high cash reserves on their books, but those have not translated into a surge in stock prices in the long term.

In 11 of the past 14 instances of buybacks by IT companies, stock prices performed better one month prior to the buyback as compared to a month following the buyback announcement. IT majors like Tata Consultancy Services (TCS), Infosys and Wipro have consistently announced buybacks at intervals of 1.2 to 2 years.

Meanwhile, analysts feel the current buyback may support the stock price of Infosys in the short term. “The Infosys buyback should support its stock price in near-term,” said analysts at Jefferies. However, according to Nirmal Bang Equities, due to the buyback of Infosys, its other income components will go down in FY24 and beyond, countered partially by lower outstanding equity shares.

In 2017, Infosys had announced buybacks of Rs 13,000 crore. Similarly in 2019 and 2021, it made buybacks of shares worth Rs 8,260 crore and Rs 9,200 crore respectively. The buyback price announced was at a 20-25 percent premium to the then prevailing market price. In 2017, the stock price of Infosys had fallen 0.9 percent a month prior to the buyback and declined 6.9 percent respectively after a month of the buyback. Similarly, in 2019 and 2021, Infosys share prices fell 1.9 percent and rose 1.7percent respectively a month before the buybacks. While in 2019, a month after the buyback, Infosys’s stock price gained 14.6 percent, in 2021 it fell 5.8 percent a month after the buyback.

That was the not the case for TCS. TCS announced its last buyback in January this year and won’t be eligible for another until 2023 as per the criterion of a minimum one-year gap between successive buybacks. A month prior to its share buyback, share prices of TCS rose 6.9 percent and 17.6 percent in 2022 and 2020 respectively. The stock prices reversed, falling 4.3 percent and 1 percent in 2022 and 2020 respectively.

Wipro’s most recent buyback was in October 2020. The stock prices of Wipro climbed 28.2 percent a month prior to the buyback but declined sharply by 8.1 percent in the subsequent one month.

According to analysts, frequent buybacks come at the cost of business investment and the investor euphoria around the stock dies down after the buyback is done. “A buyback signals a dearth of attractive investment or expansion opportunities, which in turn indicate lower long-term growth prospects. Share buybacks also reduce cash reserves or debt capacity, potentially affecting the company’s credit rating,” said an analyst of a brokerage firm who did not want to be named.

In a buyback, a firm purchases its shares from its existing shareholders, usually at a price near to or higher than the prevailing market price.

Buybacks typically improve earnings per share and long-term shareholder value, help investors exit when shares are undervalued or are thinly traded, help achieve optimum capital structure as well as help return surplus cash to the shareholders. In the short term, the price of outstanding shares can be increased by simply reducing the number of shares in the market.

A rise in buybacks in India is in tandem with a global phenomenon with companies such as Apple, Alphabet and Microsoft announcing buybacks. In April, Apple announced a $90 million stock buyback plan. Since 2012, Apple has been buying back its own shares at an extraordinary rate—Apple is known for spending more on share repurchases than similar tech giants like Meta or Alphabet. Apple's total share repurchases have totalled $274.5 billion, with $20.4 billion in the December quarter, according to Bloomberg.

Similarly, Google parent company Alphabet announced a $70 billion share repurchases plan, a steep climb from $50 billion in 2021 and $25 billion in 2019.

Another reason for the jump in buybacks is the dividend distribution taxation (DDT) being in the hands of shareholders, who are mandated to pay tax on dividends received at the applicable tax rate compared to a lower (capital gains) tax rate in case of buybacks.

Tweets by @forbesindia
Greenhushing: Keeping schtum about eco credentials
E-Rupee is finally actual adoption of crypto by the government: Vaibhav Gupta of DesiCrypto