'Deep discounts are not good for anybody': Deepinder Goyal

The Zomato founder says the #Logout campaign won't determine the future of food-tech or the restaurant industry in the country, in an interview with Forbes India 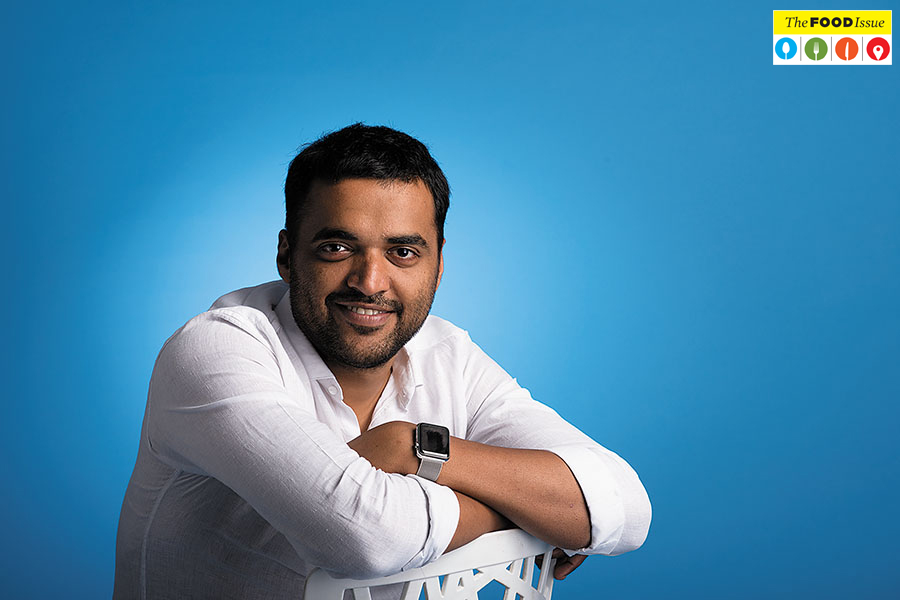 On the logout campaign

We have worked with NRAI over a period of time on things like data research. It’s not like we have not had any relationship with them. We first came to know about the #Logout campaign when the communication with the media started, when the chatter around the issue that Gold as a subscription programme was providing challenges for restaurants started gaining more media play. We also noticed that some of the concerns got aired. We have always maintained that we are open to feedback from restaurants, and have constantly been talking to them in some way or the other.
On whether he was in touch with the restaurants
It doesn’t make any sense to not have constant communication with the restaurants. In the recent NRAI meeting a lot of concerns were raised on deep discounting, the extent of discount, on a way to remove the bargain-hunter narrative, and how to make discounting less synonymous with dining out. We too have talked about these issues. We do understand that the dine out has to morph into something which is an experience. It can’t only be about value. After the meeting with NRAI, we drafted a detailed 10-point plan addressing the concerns and taking steps to prevent misuse of Gold and what can be done to give back more value to restaurants.

On the feedback from NRAI on his 10-point plan
There was no constructive feedback or conversation. They labelled it as old wine in a new bottle. And then we realised that The Beer Café run by Rahul Singh has its own loyalty programme. This means fundamentally they are not against loyalty programmes. It’s just that they want to have their own loyalty programme. If so, why don’t you just come out and say so? Their response to our plan was hypocritical. We have 1.2 million users in India on Gold, and 16 cities participate in it. So there is a value users and restaurants see in it. The unlock data (meaning when one redeems a Gold card at a restaurant) during weekdays is 45 percent, and this is a huge challenge for the restaurant industry. So the weekday proposition has been strong. In fact, we should have proactively traced and addressed any issue arising out of unlocking the table, day or any other related issue. But we are glad we are fixing such issues now. And we are fixing it with all partners, whether they have logged out or logged in. We also feel that we can’t only engage with NRAI. We have to engage with the entire restaurant industry.  On issues that needed to be fixed with Gold
There were issues with overuse of Gold, which needed imminent fixing.         On the status of Infinity
Infinity is just 45 days old. It’s in a pilot stage. Group dining, whether organised office parties or family dining, is a huge opportunity. It guarantees a certain presence of a large table, and this was the problem we were trying to address with Infinity. So it’s being tested. We are pausing Infinity for about a week to incorporate some of the feedback we have received from restaurants and customers. Infinity is just in three cities with 300 restaurants. So it’s very young and in its alpha stage.  On investor reactions
We communicate with investors on a weekly basis, and it is typically about users and business. It is seldom about things like this (#Logout). When they ask, obviously we will answer. When you become a company of a particular size, investors have a lot of patience and they understand the complexity of the India story. Investors know the food story in India is a marathon, it’s not a sprint. So they have this part figured in their outlook. Nobody is anxious about this.

Discounts, or price, are two sides of the same coin. It is about finding the price (whichever way) which will maximise demand, and the net profit​

On whether the current backlash is because of his ‘Food doesn’t have a religion’ statement
I don’t think so. I can’t know the mystery of everything. There are people who do things for different reasons. I don’t know any of them personally and what their politics might be. Not one user has said that (backlash thing) on social media. I don’t think #Logout has anything to do with it.     On problems with the deep discounting model
Deep discounting is not a great thing for anybody. Also, Gold is not about deep discounting. The net discount in the older version of Gold used to be 20-30 percent; and we expect the new version of Gold will bring it down to 15-20 percent. Having said that, there are lots of businesses where if you remove discounting, then the audience will just fly away. Discounts, or price, are two sides of the same coin. It is about finding the price (whichever way) which will maximise demand, and the net profit. On his statement that the fight is now “Big versus small” restaurants
Ten years ago, the top 50 restaurants of the country would not have had a search or discovery issue. People anyway go to those restaurants. So we are business enhancers for them, and not business transformers. For the rest of the restaurant base of India, we have the potential to become their transformers. Here is where we don’t believe that hugely established restaurants address the concerns of smaller restaurants. This is where we see a tension, and it should be examined rigorously. On whether it is fair to compare aggregator loyalty programmes with those of individual brands
Even a 12-month-old restaurant can have a loyalty. We are in a position to offer a loyalty programme for everyone. It’s hard to stomach the argument that some can have the loyalty programme and some can’t. A loyalty programme requires investment. We have the capability to accelerate loyalty at a much greater pace than standalone restaurants. And that’s where we disagree with this thought that restaurants should only have their own loyalty programme, and we should not have it.    On life after logout
It’s an open market. If we don’t collect the supplies, someone else will. So today, even with Zomato, Swiggy and Uber Eats, can a fourth player come in? Sure, there is room. Similarly, even in the restaurant space, market share lost by some would be taken by others. I don’t think the outcome of this (#Logout) is going to determine the future of food tech or restaurants.