'India is a Priority for Us': Netflix VP

Todd Yellin, vice president (product), Netflix, on the appetite for Indian shows globally and creating quality content on the platform 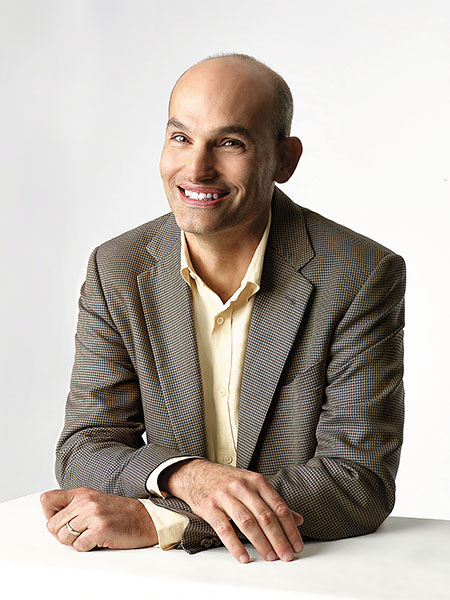 Image: Aaron Smith
Since making its India debut in 2016 and rolling out its first original series (Sacred Games) last year, Netflix has announced 40 original series and films. “We have seen immense love for Indian stories from all over the world,” says Todd Yellin, vice president (product), at Netflix. Mighty Little Bheem, he adds, has been popular in South America, while Sacred Games and Lust Stories were nominated for international Emmys. “It has been a great journey so far,” he says in an email interview with Forbes India. Excerpts:

Q. On the importance of India
India is a priority for us. Our continued investments in Indian storytelling, and our commitment to innovate while keeping the needs of our Indian members in mind are a testament. Q. On learnings since starting the India operations
We have learnt a lot from running Netflix in India… 2016 was a landmark year for Netflix in India. When we launched, there was already interest in Netflix, so we saw fans of shows like Stranger Things, Narcos and Orange is the New Black join our service right away. Great stories can come from anywhere and be loved everywhere… that’s what makes entertainment so fascinating. We have also delivered a number of innovations focussed on helping people find content that is tailored to their tastes quickly and easily. In addition to creating original, award-winning Indian content like Sacred Games, which launched in 2018, we also tested and launched the mobile plan in India in 2019. Q. On the evolution of Netflix globally
Since our founding, Netflix has been focussed on bringing great entertainment to our members. And with this mission, we have evolved from distributing DVDs to pioneering online streaming. In 2012 we started producing large scale original series at a time when creating content exclusively for streaming consisted of wacky homemade cat videos and hilarious videos of people taking unfortunate falls. Q. On the Indian market
India has been one of the greatest creative centres for entertainment in the world. Our goal is to have many top filmmakers in the world create stories just for Netflix. Without the inclusion of Indian filmmakers, this isn’t possible. It’s a privilege to be able to create shows and movies here, and give the world a window into Indian entertainment. In more than three years, we have announced 40 original series and films from India, and have seen immense love for Indian stories from all over the world. For example, Mighty Little Bheem has been popular in South America, and Sacred Games and Lust Stories were nominated for international Emmys. It has been a great journey so far. Q. On the pricing strategy in India
Our higher-priced plans in India are great, and we have many members who have found a plan that is right for them. Some members love the premium plan because they want the best at-home viewing experience, and we have one of the largest 4K content libraries. Some members live in big households and see the benefit of having the ability to stream on four different devices at the same time. However, we have observed that many people in India watch content primarily on their smartphones. In addition, our Indian members are among the highest downloaders of content globally. This is what led us to test and launch the mobile plan in India at ₹199 a month as a lower-priced option. Q. On Indians being ready to pay for content
It’s all about offering lots of value for every rupee that people pay. We want to give our members incredible Indian stories made by some of the finest creators, give them an amazing catalogue of international content, across languages and genres, and deliver these stories to them in creative ways such as interactive storytelling (for example, Bandersnatch). As long as we are able to tell stories that our members love, and deliver it to them seamlessly, we believe they will find enough value in Netflix to pay a reasonable price. Q. On Indians consuming more content on their smartphones
We observe a huge appetite for entertainment, enthusiasm for local stories and storytellers, love for Indian as well as international shows and films. In addition, we’ve seen a higher percentage of the titles watched on a phone [in India] than anywhere else in the world. We have been working to make our mobile streaming technology more adaptive to data speed fluctuations, and not buffer even on low bandwidths. We also recognise that some of our members watch Netflix on affordable, entry-level Android phones. Earlier this year, we made our user interface adaptable, to load a lighter version on these Android phones to run even more smoothly. Q. On competition in the OTT market in India
We’ve always faced tonnes of competition, including from the likes of Disney and Warner. To stay ahead, we’ve had to reinvent ourselves several times: From DVDs to streaming; licensed content to creating our own; series to film. Through all this, we’ve learnt to focus on what Netflix does best, and to do it better. That means control for consumers over what and how they watch… with no ads and a wide choice of films and shows. We aspire to have best-in-class stories across every genre. Today, we’re just scratching the surface of what’s possible as audiences switch from traditional TV to online. Q. On Netflix’s turning point in India
There have been many milestones and there are many more to come. Some that stand out are Netflix’s entry in India in January 2016; the launch of the first Indian originals, the launch of the mobile plan, which was truly built for audiences in India. Q. On self-regulation by OTT players
There are so many entertainment choices today. For streaming to flourish, for creators to do their best work, for consumers to enjoy the best of storytelling, the freedom to create and the freedom to choose are important. We want to make content responsibly and, at the same time, tell the best version of a story that there can be. Unlike linear TV, online entertainment lets you build tools to empower viewers to decide what’s best for them and their family. And we do this with profiles where you can select age, and with parental controls, so you can set a PIN to make the best viewing decisions for your family.

Tweets by @forbesindia
High blood pressure: A condition worth avoiding in everyone
Citizenship Amendment Bill 2019: Are some Indians more equal than others?