The government has gone all guns blazing to promote entrepreneurship, but certain initiatives need a relook to reduce the pain points 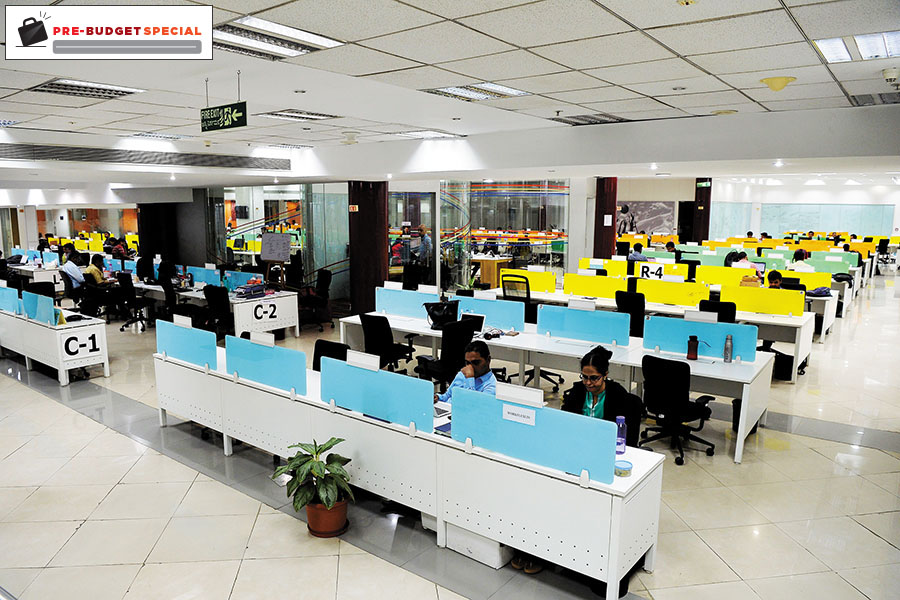 Startups and the government are learning to work with each other
Image: Manjunath Kiran / AFP / Getty Images

The numbers are staggering. The department for promotion of industry and internal Trade (DPIIT, earlier called DIPP) has recognised 18,861 startups until May, while the ₹10,000-crore fund of funds managed by the Small Industries Development Bank of India (Sidbi) has committed ₹2,570 crore to 45 venture funds.

Getting recognised by DPIIT has its benefits. Eligible startups can not only avail tax benefits, file patents at a subsidised rate, wind up operations within 90 days of applying for insolvency and even self-certify compliance with certain labour and environmental laws, but they can also do business with the government through the government marketplace. About 1,862 startups have received 7,697 orders worth ₹275 crore till April.

According to industry experts, there are two aspects to the government’s initiatives to legitimise and promote startups: One, building the ecosystem, and two, simplifying regulations. A DPIIT recognition eases regulatory hurdles for fledgling businesses.

A Startup India status report for 2018 says the Startup India hub, set up to “resolve queries and provide handholding support” to startups, claims to have handled about 1.14 lakh queries. An interactive online learning and development module for startups has received 2.3 lakh applications.

Besides, 5,441 schools have been identified to set up tinkering labs under the Atal Innovation Mission. A total of ₹54 crore has been disbursed to 22 institutes to set up incubation centres. Also, the government is setting up eight research parks to promote industry-academia partnership at a cost of ₹600 crore. As many as 4,257 startups have benefited under the Startups Intellectual Property Protection Scheme, availing rebates on patent and trademark filing fees.

The government is going all guns blazing to promote entrepreneurship, which also leads to job creation—about 1.87 lakh jobs were reported by about 16,105 DPIIT-recognised startups. But, according to industry executives, the government needs to move faster to match the speed of startups. Besides, potential benefactors are yet to realise the scope of help offered by the government.

“One must not look at things from the startups’ perspective alone, but understand the entity they are dealing with. For a government scheme to be implemented, it may take some time, maybe even a couple of years. The expectation needs to be clear,” says Nakul Saxena, policy director at iSPIRT Foundation, a think tank.

“The government has come up with a software product policy and there is a drone policy as well. Now startups have to take the initiative and be aware of what is happening [with the government], so that they can take advantage of it,” adds Saxena. “Having said that, state bureaucracy needs to improve. The government's view on GST needs to improve. Refunds are taking a lot of time, which is a pain point too.”

A startup founder on condition of anonymity says, “It is a learning for both startups and the government. Startups are coming to terms with the working of a government and vice versa. The good part is that the government is acknowledging the loopholes and acting fast.”

For instance, take the case of angel tax. Last December, about 80 startups got notices from the Central Bureau of Direct Taxes under Section 56 of the Income Tax Act, also called angel tax. Under the clause, early investments in startups were being treated as “income from other sources” and were being taxed at 30 percent. In February, the government amended the definition of startups to let them off the angel tax hook. Till May, 541 startups were exempted from angel tax. Under the new definition, the incorporation limit for a company to be regarded as a startup is increased from 7 years to 10 years, while annual revenue limit is increased from ₹25 crore to ₹100 crore. Besides, the investment limit has been revised from ₹10 crore to ₹25 crore. Also exempted are investments from Category I Alternative Investment Funds (AIFs) registered with the Securities and Exchange Board of India.

However, the exemptions come with certain restrictions. For instance, to avail concession, startups cannot invest in shares and securities, which could also include debt mutual funds, a common investment mode for most startups. Also, startups are barred from making “capital contribution in other entities”, which essentially bars them from having subsidiaries.

Industry experts believe the government should abolish Section 56 of the Income Tax Act, as well as include category II AIFs, which include private equity players, for tax benefits. “While AIF I has been cleared from the purview of Section 56, a similar waiver could be effected for category II AIF as well. Section 56(2)(viib) of the Income Tax Act refers to the definition of Venture Capital fund, company, undertaking from the Section 10(23FB) which should now, i.e. post the amendment of Section 10, refer to the ‘investment fund’ definition as in Section 115UB,” says Rajat Tandon, president, India Private Equity and Venture Capital Association.

“Another important aspect is that funds need to pay 18 percent GST on management fees. The fund managers often pass this cost on to their limited partners (LP). The LPs could be reluctant to bear this additional cost and say why not register offshore instead. If a fund is based offshore, the investment strategy could have a broader Asian or Southeast Asian flavour, instead of being India specific. Also, the government should address taxation on Esops (employee stock options) which should be taxed at the time of exit instead,” he adds.

iSPIRT’s Saxena says the government should also draft policies for segments like cryptocurrencies apart from ensuring smooth operations for software-as-a-service (Saas) companies in India. “For Saas companies, customers subscribe to a service. If you are a foreign company, where the payment happens outside India, you can take a one-time permission to debit a customer’s account every month on a continuous basis. But if there is a payment gateway in India, one has to take permission every time to debit a customer’s account, which is an onerous task. They then shift to foreign countries and thus good quality startups leave India. We need such companies to stay in India,” he explains.

Startups will significantly gain if the government adopts a vertical-focussed approach, says Akshay Chaturvedi, chief executive at education startup Leverage Edu. He says several business segments have their own set of unique challenges: GST will vary, while others could be impacted by KYC norms.

“Most government initiatives are broad in nature. For example, GST for an education company can be different from an agriculture firm or a beverage one. It would immensely benefit startups if ministers could spend some time every year with startups in their category and understand their grievances. I would bat for a vertical focus than viewing everything with a broad lens,” says Chaturvedi.

Tweets by @forbes_india
Stuck in the middle
Budget 2019: An uphill task to fix the unemployment malaise