Catching them young: VCs making deals at the seed stage

Venture capitalists, even those known to invest in well-established startups, are moving in early and making deals at the seed stage 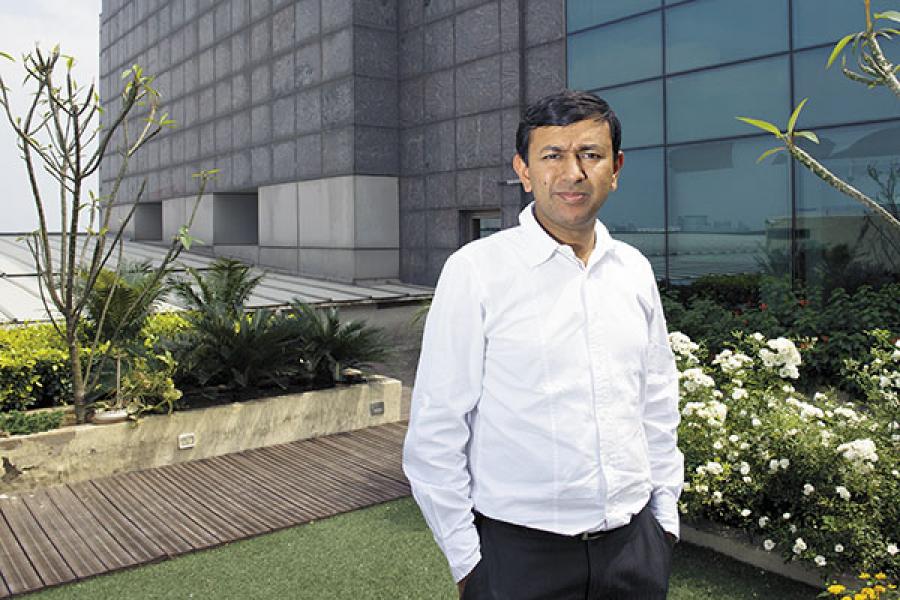 Last year, SAIF Partners veered off-script when it decided to focus on startups that were still in a nascent stage of development. The multi-stage investment firm signed off on cheques ranging from half-a-million to two million dollars and invested in over a dozen startups including mobile app Niffler and online exam preparation platform Toppr—all seed stage deals. On the other hand, it entered into only four growth stage deals, where investments exceed $8 million and which, until 2014, was the fund’s mainstay. This is not par for the course for an investment firm known for backing established companies like Just Dial, Makemytrip.com and the National Stock Exchange of India (NSE).

SAIF Partners is not the only investment firm to divert its attention to seed and pre-Series A segments, the latter being that awkward phase in a startup’s life when it is no longer in an early stage of development but is still too young to scale up. Another prominent venture capital (VC) firm, Matrix Partners, has signed eight such deals, while the portfolios of investment firms like Norwest Venture Partners, Nexus Venture Partners and Helion Venture Partners are tilting towards seed and pre-Series A transactions. Over the last 15 months, the appetite for the riskiest phase of investment, the seed stage, has risen sharply among venture capitalists in India, particularly in the technology sector.

The fact that more than 50 percent of startups die in the seed stage because of capital constraints, unviable business models and even lack of guidance, is no longer seen as a deterrent. Mukul Singhal,  principal of SAIF Partners, says that going in early is a well thought out strategy. “Risk-rewards metrics are in play here. We know that mortality can be high. All I can do is control the input parameters such as which team to back, which model will work, and so on,” he says.  The rewards in this stage are eye-popping: In successful seed stage deals, investment firms can take home returns of as much as a hundred times or 100x their original investment.

Analysts and investors cite multiple reasons for this enthusiasm in betting smaller amounts of money on fledglings. For one, more experienced people are taking the entrepreneurial plunge. Second, growth cycles are being compressed, with startup valuations doubling and trebling in a matter of months. “We are currently seeing a unique confluence of a deep and fast-growing mobile internet market and outstanding, talented young entrepreneurs. And because of this, one can hit scale quickly if one gets the right product market fit. In such an environment, it makes sense to do seed investments. That way, it is possible to find out if a company can become a large one,” says Avnish Bajaj, managing director, Matrix Partners.

But the main drivers for this trend are international investors. VCs in the country are competing with global investors such as US billionaire Chase Coleman’s Tiger Global Management, hedge funds like Steadview Capital, and German ‘startup specialist’ Rocket Internet and Vy Capital (focused on internet and software startups), all of whom are coming in at the early to Series B stage. This, despite the fact that their pockets are deep enough to strike large deals with established brands.

Experts say the Indian market is becoming similar to the US’s; potential, or growth with a path to profitability, is being valued more than existing profits. “This is a classic evolution. These large funds target younger companies, and obviously, there is a preference for funds with credibility,” says Singhal of SAIF Partners. Even hedge funds, which are usually active at a later stage (typically Series C and above) are participating in the Series B stage in India. Tiger Global, well known for its hedge and private equity funds, has backed more than 20 companies and invested over $1 billion in the country. Its VC funds invested in multiple early-stage financings for firms such as Flipkart (ecommerce), Ola (online cab aggregator) and CaratLane (online jewellery store) when they were still finding their feet. It has also invested in media startup News in Shorts and CultureAlley (language learning services). 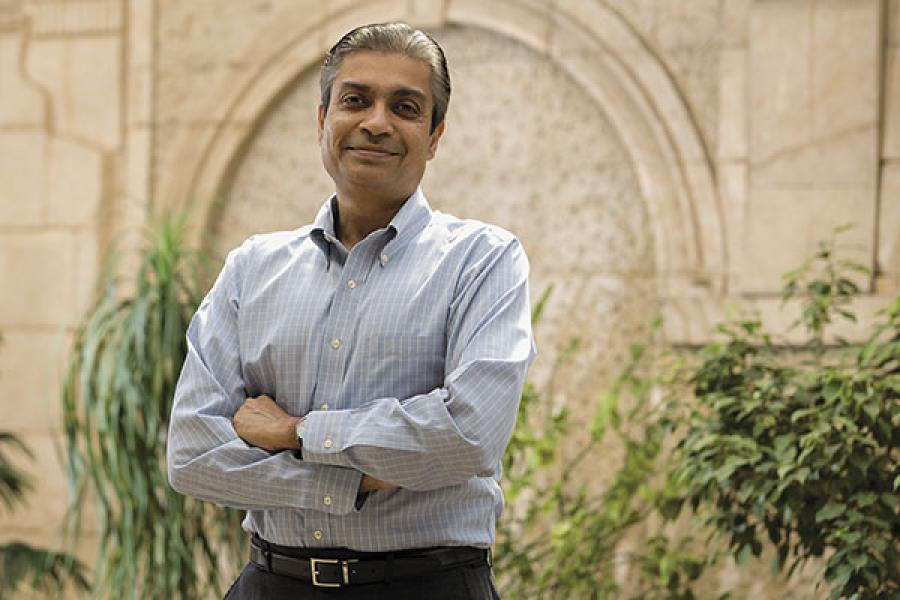 Sandeep Singhal, co-founder of Nexus Venture Partners, says that this trend is a sign of maturity in both, the funding and entrepreneurial circles. “It shows that late-stage investors are seeing scalable models emerge early. And the Indian ecosystem needs this capital,” says Singhal, who makes a seed investment when he really likes the founding team of a venture, but feels that market or technology risk needs to be reduced before a Series A funding round.

This show of faith has helped boost the confidence of entrepreneurs. Mithun Sacheti, chief executive of CaratLane, remembers doing the rounds of investors for a Series A funding in 2011. Tiger Global gave him a term sheet in two hours. And a month later, after they reached an agreement, the investor transferred $6 million to CaratLane’s bank account. Such transactions usually take three to 12 months.

Tiger Global had done its homework on the company and wanted to back an online jewellery retailer in India. CaratLane fit the bill. The term sheet was “very fair” and a few points that did not go down well with the promoters were also waived off. “All they asked us for was full commitment to the business,” says Sacheti. Earlier this year, CaratLane raised $31 million from the firm, the fourth capital infusion by the fund in as many years. 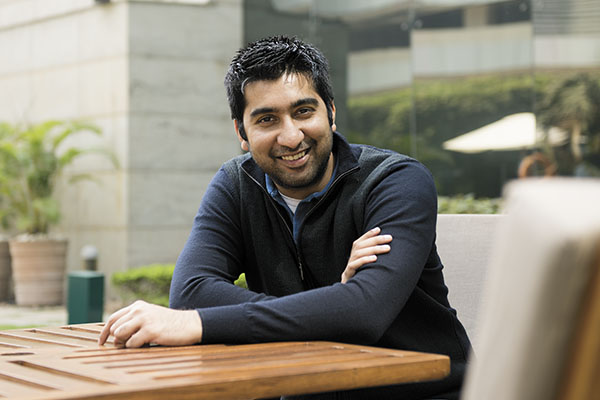 With global funds moving quickly when it comes to offering term sheets and capital, startups do not have to waste manpower and time doing the rounds of multiple investors. At the early stage, companies grow very fast. If three to six months are spent only in raising funds, it impacts the functioning of the firm, says Ashish Goel, founder-CEO of Urban Ladder. “We, entrepreneurs, want to focus on the business. One can realise more valuation in a matter of months,” he says. In June 2014, Urban Ladder raised about $20 million in a Series B funding round from global investor Steadview Capital, Kalaari Capital and existing investor SAIF Partners.

Urban Ladder typifies the kind of companies SAIF Partners invests in. Most of its seed to pre-Series A stage deals are in the consumer internet and mobile space. The investment firm takes significant stakes of 20 to 25 percent. “That’s because there is a longer investment horizon, and we are prepared to wait for six to eight years,” says Singhal. Its early stage bets seem to be working well: One of its investee companies is up for sale, another is gearing up for a merger and acquisition deal and two others are raising funds at 5x to 6x of the valuation at which SAIF Partners came in less than a year ago.

Even investors who prefer safe bets are moving quickly. “We are trying to go in early as it is difficult to get into successful deals later. It becomes very competitive. Valuations rise as well,” says Rahul Chandra, co-founder and MD of Helion Venture Partners. It is now backing startups with products that are yet to be proven in the market. Earlier, the onus to show customer interest rested on promoters, but now, Helion is open to conducting sampling and market research for an untested product. “If there is no customer at all, we will still consider [investment] as long as the product has been built,” says Chandra. In the last 12 months, Helion has signed six deals with cheque sizes of less than $2 million each. “We want to come early in companies where the entrepreneur is someone we like and the idea is very promising but the market promise has not been fully borne out.”

These are exciting times, says Bala Deshpande, senior MD of VC firm New Enterprise Associates (India): “This newfound love for seed stage deals is a function of the opportunities that are available now. Valuations tend to climb steeply these days and investors taking positions early have the benefit of lower valuations. For us the point is, do we want to have emerging companies in NEA’s portfolio, and the answer is yes.”