Grassroots health workers were instrumental in taking Covid-19 care to the bottom of the pyramid, but like Kullu, they remain overworked and underpaid 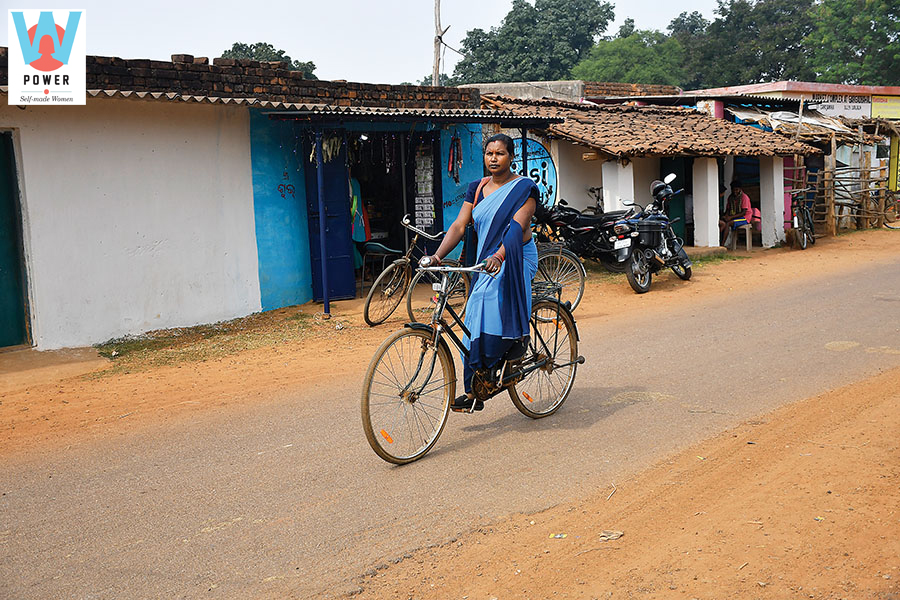 Every morning, Matilda Kullu, 45, starts her day at 5, finishing household chores, preparing lunch for the family of four and feeding the cattle before hopping on to her cycle to start her day with door-to-door visits. Fifteen years ago, Kullu was appointed as an Accredited Social Health Activist (Asha) for Gargadbahal village, in Baragaon tehsil of Odisha’s Sundargarh district. Kullu, who hails from the same village, looks after 964 people, mostly tribal, and is well aware of their health records.

In 2005, the government launched the National Rural Health Mission and recruited these workers to connect vulnerable communities to health care. There are over a million such workers in India.

When Kullu joined as an Asha, the villagers neither visited a doctor or a hospital if they fell sick—they rather performed ‘jhaad phoonk’ (black magic) to treat themselves. It took years for Kullu to educate the villagers to stop this and take appropriate medical routes. That’s not all, she even had to bear the brunt of casteism and untouchability during door-to-door visits since Kullu belongs to a Scheduled Tribe.

“It was really bad some years ago, things are much better now. People have become more understanding and less superstitious. The old generation still practises untouchability but that doesn’t bother me anymore,” says Kullu.

Apart from home visits, there are times when the villagers just drop in at Kullu’s home for medicines if they’re not keeping well. Often, she has to rush at midnight to help expecting mothers with deliveries. Her other regular tasks include antenatal/postnatal check-ups, immunisation, sanitisation, promoting hygiene, administering polio and other vaccines, conducting surveys and so on. 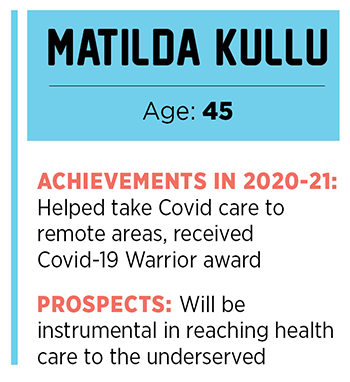 With the onset of Covid-19, Asha workers have been working additional hours too. Kullu takes care of all these responsibilities single-handedly and earns a measly ₹4,500 every month. “I love my work but the pay is very low. It is even disappointing at times because we put in so much effort to look after people yet have to fight to get our incentives on time. Recently, we had to protest to get our incentives, which were pending for more than two years,” says Kullu, who does tailoring work to make ends meet.

Asha workers toiled round-the-clock to save lives in rural areas during the pandemic. However, their contribution remains unacknowledged and forgotten. Not only are they underpaid and overworked, but they have also been subjected to violence and abuse at many places.

“When the whole country was asked to remain at home since the nationwide lockdown in March, we were asked to visit each and every house for health check-ups and educate the villagers about this new virus. People used to run away from Covid tests, it was really hard to make them understand,” recalls Kullu who tested positive during the second wave and resumed work in two weeks after recovering.

Though their job required them to come in direct contact with people, a majority of Ashas were not provided with personal protective equipment (PPE), or masks, gloves and sanitisers. After bringing the cases under control in rural areas, they faced another Herculean task: Of convincing villagers to get vaccinated.

“Thankfully the people in my village listened to me and got vaccinated. A lot of them are even fully vaccinated. When I speak to the workers from other villages, they tell me they face a lot of problems in convincing people to get a jab,” says Kullu, adding that a lot of her colleagues don’t even have a bicycle and have to walk around for their daily visits.

“Ashas are the eyes and hands of the government. To get any information from the grassroots or pass on the information there, the officials are completely dependent on these workers. They have done a great job in handling the pandemic in rural areas. Yet, they don’t even get any minimum wages prescribed by the government of India. They’re only given remuneration and no fixed wages. Their long-pending demand is to recognise them as workers and not as volunteers. Because only then will they get other social security benefits,” says BV Vijayalakshmi, general secretary of the National Federation of ASHA Workers.