Aparna Purohit: Creating a space for stories to breathe

From wanting to be a filmmaker to enabling other storytellers, Purohit has come a long way, and her stint with Amazon Prime Video India as the head of Originals is full of wins 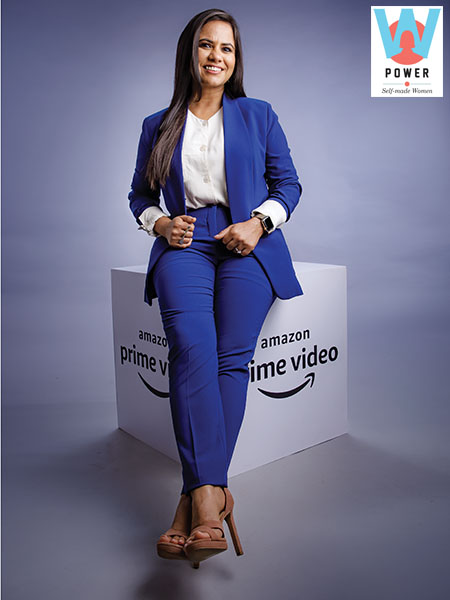 It was 2008. The storyteller was about to script a bold plot. Five years after landing in Mumbai, Aparna Purohit was elated to go back to her original dream of turning an independent director-producer. A postgrad in mass communications from Jamia Millia Islamia University in Delhi, Purohit landed in Mumbai in 2003. “I just came with a dream of telling stories,” recalls the head of Originals, Amazon Prime Video India. The young woman dreamt of making it big in the film industry. “I felt like the world was waiting for this new director to arrive on the scene,” she recounts.

As an outsider, Purohit had a dream beginning. Within a week, she got a job in a TV show. “I was the only woman assistant director,” she says. The director and the creator didn’t view her through the lens of gender. For the rest of the crew, however, she remained the odd one out. “A young woman giving instructions wasn’t really the easiest thing to do,” she says. Later, Purohit bagged multiple projects, started her film career assisting directors such as Aparna Sen, Bharatbala and Naseeruddin Shah, and her corporate journey had stints at Sony Entertainment Television and UTV Motion Pictures.

By 2008, Purohit was ready to take the solo plunge. She left her cushioned corporate job, and entered into the storytelling business with three friends. The venture was aptly named ‘Chaaryaar Productions’. “I thought it would be easy,” she says.

What awaited her, though, were multiple slaps of reality. The production house churned out multiple stories but there were no takers. “We went from studio to studio, door to door… but nothing happened,” she rues. What made things worse was the entry of one more villain. The year 2008 was when recession hit the country. “Getting back into the system wasn’t easy. It was a very tough year,” she recalls.

For the young woman, her dream was getting snuffed. It took her five years to find her feet in Mumbai, establish her name in the industry and suddenly everything was crashing. “It was quite a low point in my life,” says Purohit. She knew an uncertain future was looming large, and started preparing for a new life. “I took up anything that came my way,” she says. From teaching to doing voiceovers to helping others with stories, Purohit did everything for just a little money. The plan was not only to survive but also to not let her dream die. “I never gave up,” she says. 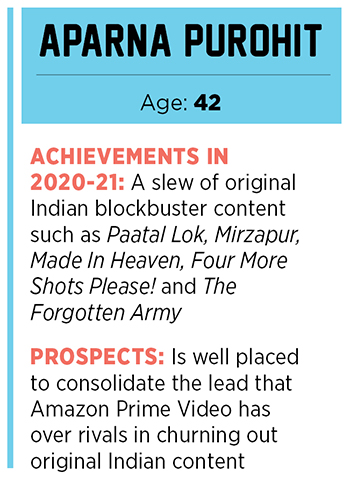 What also gave her courage was a realisation that she didn’t come this far only to come this far. She also dipped into her spiritual side to tide over the crisis. “The darkest moment offers an opportunity for the most profound change,” she says. Being a profound Buddhist practitioner made her believe that change is around the corner. While a few people mocked her for being foolhardy to leave her job, her parents wanted her to come back to Delhi. “I knew that I had to tell my stories, I’m not going to go back,” she says.

And she didn’t. In 2010, she moved to the National Film Development Corporation of India as a consultant. The stint proved to be a turning point. Purohit met writers and creators from across the world, got a glimpse into what it is to be an enabler, and help others tell their stories or better their stories. “I realised this really was my calling,” she says. Purohit was enjoying to role of creating a space for all kinds of stories to breathe. In December the same year, she joined Mumbai Mantra Media—film arm of the Mahindra Group—as head of creative initiatives and managed the company’s collaboration with Robert Redford’s Sundance Institute on Screenwriters Lab. In January 2016, she joined Amazon Prime Video, and the rest is history.

As head of the Originals, Purohit developed and launched blockbuster Indian content such as Bandish Bandits, Paatal Lok, The Forgotten Army, Breathe, Inside Edge, Comicstaan, Four More Shots Please!, Mirzapur and Made In Heaven.

Apart from critical acclaim, Purohit has earned the respect and admiration from creative heads she has worked with. “She has been the best creative collaborator we have worked with,” says Raj Nidimoru, director, producer and writer. “She is almost like an extended member of our creative team, and is pretty serious about women representation,” says Nidimoru, who along with Krishna DK (their production company is D2R Films), has churned out unique original content such as The Family Man on Amazon Prime Video, and movies like Stree.

Purohit, for her part, reckons she can’t divorce her identity of being a woman. Ask her why there is a ‘superman’ but not a ‘superwoman’, and her candid reply will give you a fresh perspective. “We don’t need one. Women are super in their everyday lives,” she smiles, dishing out a piece of advice for all. “Just live your story, and not the story that others want of you.”

Tweets by @forbesindia
Arundhati Bhattacharya: Reinventing herself, again and again
Photo Of The Day: Hoping for better tomorrow