Raghu Pillai, who has quit Reliance Retail to join Future group, tells Forbes India that he still supports the high speed rollout model for retail and that firms that controlled costs during the downturn will reap dividends now 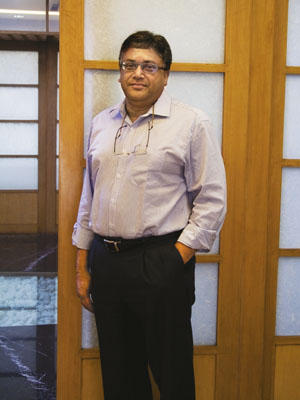 Reliance Retail got off to a blistering start but then things didn’t quite pan out as they should have. What happened there?
I spent four and a half years in Reliance Retail. It was a project which was conceived on a scale and a dimension which very few Indian groups conceive. It was a typical big-bang, all-encompassing retail project. They have a very visionary chairman and a strong balance sheet. If I look at the four and a half years which I spent there, it was an intense engagement, the pace was blistering. At the end of the day it wasn’t a rollout as it was a cloud burst. Something like 13-14 formats in 82 cities, 4 million square feet of retail space in 36 months. So obviously when you move forward at that pace, some of the parts tend to fall off. As the retail expert I must take responsibility for that. But at the end of the day I don’t think there is anything wrong with that model. We had come close to a billion dollars in sales.

Very little of the start-up team at Reliance Retail is still working there...
I think, [they are] driven by their own dreams or what they want to do at that stage of life. Gunender [Kapoor] has moved on to private equity [TPG]. Sanjeev [Asthana] has moved on to his own fund. He’s looking at a lot of work in the vocational training area; he is consulting for a couple of very large companies. Muralidhara Kadaba has his own estate management company Altamount Capital. They’ve all moved on to doing different things. At the end of the day every company wins some [and] loses some, but there is a very, very competent team at Reliance.

What, according to you, were the learnings for the industry from the 2008-09 slowdown?
These cycles will go on. As far as the economy is concerned there will be highs and lows. India to a large extent was insulated. I don’t believe the Indian economy got impacted anywhere close to what the rest of the world felt. Yes, there was an impact as far as the home side is concerned — which are the high ticket discretionary spends. But I don’t believe the non-discretionary spends and the feel-good low discretionary spends got impacted. In high growth phases you don’t normally tend to focus on the cost side but in those 18-odd months retailers were forced to look at the cost side and rationalise their expenses. That has paid dividends when the economy has picked up.

Should retailers go for a national rollout or a regional rollout?
Retail is a very local business. At the end of the day, the end game is a function of the vision that the board or promoter brings to the table and the resources which you have. A high speed rollout in a compressed time frame results in the risk profile going up. The more you spread yourself the complexities go up from every angle — category, assortment, ability to distribute and so on.

What will your new role at the Future Group involve?
I am coming here as chief executive of the value side of the business and part of the leadership team. The exact role and responsibilities will evolve. I’ve just been here seven-eight days
and I’m spending time with Kishore [Biyani] understanding the business and meeting people. There’s a lot to do but yes I am part of the value retail
leadership team.