14 job rejections after IIT, and a decade-long successful carreer later, Vivek Varshney set up SpeEdLabs as a hybrid education and learning platform when the Byjus and Unacademys of the world were going online. Two years after the pandemic, he stands by his staunch belief in the hybrid learning model, and his venture's numbers back him up 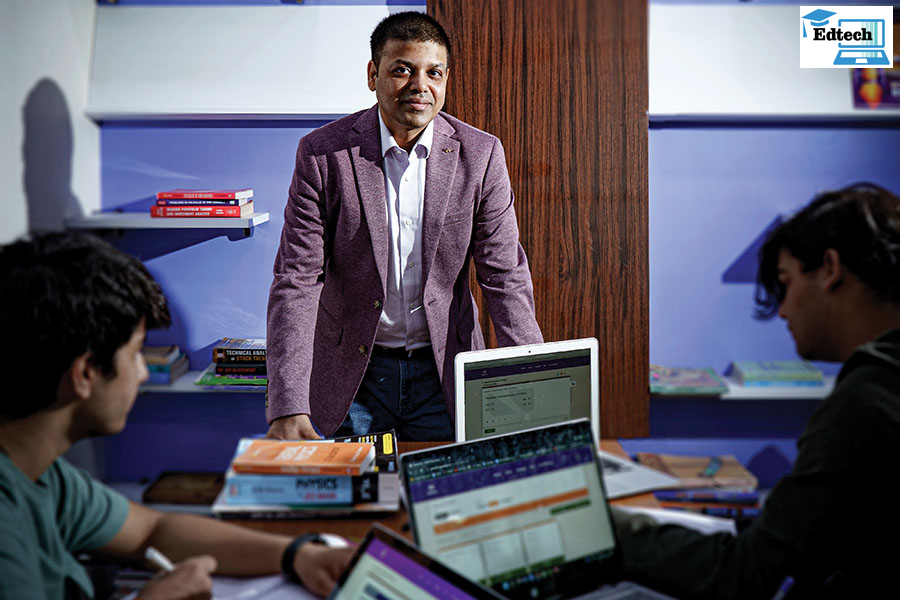 It was early 2002. Vivek Varshney was appearing for his first campus placement interview at IIT-Kanpur. The young man from Kasganj district of Uttar Pradesh, some 110 km from the temple city of Mathura, was the first from his family and village to make it to the top engineering institute. When he cracked IIT, his parents, friends, relatives and teachers had rejoiced for days. For somebody who completed his higher studies from a Hindi-medium school, worked at his father’s small kirana store for hours every day and then studied late at night, breaching the IIT fortress was an incredible feat. It was a proud moment for a father who always needed a helping hand but spared his child some months to prepare for the gruelling examination by letting him join a coaching institute in Lucknow.

Now, at the campus in Kanpur, Varshney wanted to land a plum job—as expected of all IITians—and make his father feel extra special. Across the table were senior executives from one of the top tech MNCs. The interview started, Varshney took all the hard questions and pumped his fist in the air after coming out of the room. He thought he had nailed the job.

Three years later, in April 2005, Varshney was still hunting for his maiden job. The hustler from the Hindi heartland had faced 14 interview rejections at IIT-Kanpur. Now he was about to appear for his 15th interview, and he had his reasons to believe that ‘Lady Luck’ might smile this time. First, a change of place—Varshney was in Lucknow. The nightmare of Kanpur, he reasoned, was a thing of the past. Second, the venue was IIM, not IIT, where he had been one of the few candidates to have remained jobless.

“I wanted to remove the taint of failure,” he says, adding that multiple rejections at IIT had shattered him. To get discarded just because of his poor communication skills in English was something he could not digest. Disillusioned, he had gone to Kota in Rajasthan, taken up a teaching job and had taught for 10 months. “At ₹40,000 per month, I was one of the highest paid young teachers,” he says. Money, though, could not douse his anger. He had started preparing for CAT (common admission test), worked on his vocabulary, honed his writing skills and resolved to crack IIM, which he did in his first attempt. Now, at IIM-Lucknow, the wronged man found an opportunity to redeem himself. And lastly, Varshney believed he was a changed man who was more confident and better armed to handle pressure situations.

Interestingly, there were still mental demons to be conquered. Though Varshney had cleared CAT, the elite ‘ABC’ of IIMs—Ahmedabad, Bangalore and Calcutta—didn’t have a place for him. The problem was still ‘language’. “I scored poorly in group discussions and the interview,” he laments. At IIM-Lucknow, Varshney’s first job interview was with Morgan Stanley. The first question was a yorker. “Why IIM? Why did you join?” Varshney stayed mum for a few seconds. He knew everybody who joined the premier management institution had a clear future path outlined in their heads. For Varshney, though, it was all about reclaiming his honour. “I was looking for a better career prospect,” he muttered.

The follow-up question made him realise the need to open his heart. “Did you try for a job at IIT?” Varshney replied instantly. “Yes, I did. And I got rejected 14 times,” he underlined boldly. “I wanted to be honest.” There was another reason to be candid. Varshney wanted to face the harsh truth and not run away from it. After a few more questions on the stock market, the interview ended abruptly. The candidate feared the same outcome. 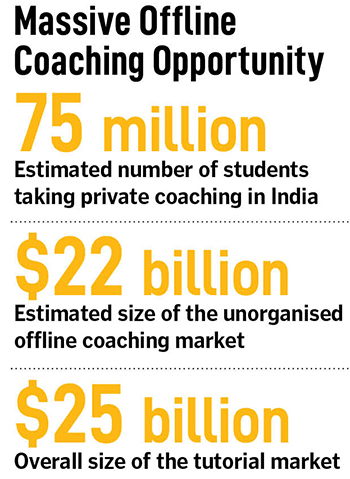 Lady luck, however, smiled, and Varshney joined as associate (equity research). The maiden job and an 11-month stint did a world of good for him. His next stop happened to be Deutsche Bank, where he worked for close to two-and-a-half years. Then came a stint with ICICI Venture as associate vice president. And the last innings, for close to five years, was again with Deutsche; this time he was vice president when he quit in January 2016.

Over a decade of employment, and Varshney had it all: Name, fame and money. He had avenged his humiliation. There was nothing more to prove. Or was there something? Varshney tells Forbes India what made him leave his cushy job and plunge into entrepreneurship when he started personalised hybrid learning and test practice platform SpeEdLabs in February 2016. “I wanted to impact the lives of millions of students across smaller towns, villages and cities,” says the former investment banker, who opened his first hybrid coaching centre in Powai, Mumbai. But why hybrid learning, with offline being the core, when the world was going online? After all, Byju’s, Unacademy, Vedantu et al were hyper aggressive in heralding the brave new world of edtech where tablets would replace books and copies, and a stylus pen would be the new writing instrument.

Varshney never believed in an online-only world. “Online lectures was the biggest fraud perpetrated during the pandemic,” he reckons, arguing that teaching loses its impact when done over the electronic medium. The pandemic, he underlines, created a need for online teaching and learning. “But it was a forced choice. It was not real,” he says, explaining the three parts of education—lectures, self-study and assessment. Over 70 percent of the learning outcome, he claims, happens through self-study which consists of personalisation, analysis, mentoring and feedback for improvement. “Most of the so-called edtech biggies just focussed on the lectures,” he says.

SpeEdLabs wanted to take a stab at converting millions of offline classes into a hybrid model. “Offline is where coaching and teaching will take place,” says Varshney. Online, he adds, would ensure practice based on AI (artificial intelligence)-enabled analytics which would offer insights into areas of focus and weakness, doubt-clearing sessions and mentoring for the students. Obviously, most investors he reached out to were not impressed with the idea of hybrid and offline. The world was fast moving towards online and it was looked at as the future. “Can you take on Byju’s and Unacademy?” and “Does offline and hybrid stand a chance?” were some of the doubts raised by naysayers.

Varshney, though, was firm in his conviction. He quit his job, pumped in ₹40 lakh from his savings, and took another ₹40 lakh from friends. From 2016 till 2019, he kept teaching at his Powai centre. The beginning was slow but steady. From ₹27 lakh revenue posted in FY17, the numbers jumped to ₹1.6 crore in FY19. A year later, Covid came calling, the world shut down and education went online. Varshney still kept chanting his hybrid mantra.

The efforts, and belief, are now paying off. Revenues increased from ₹2.7 crore in FY21 to ₹5.1 crore in FY22. The run rate for FY23 is at ₹25 crore. “Hybrid is the future,” he says. With offline classes back over the last few months, and all major edtech players hopping onto the offline and hybrid bandwagon, Varshney feels vindicated. “I am not Nostradamus, but I knew online-alone would be a big farce,” he says, adding that this venture has raised $4 million from a clutch of investors including Mumbai Angels, LetsVenture, Ecosystem Ventures, SucSeed Ventures and India Discovery Fund, managed by 35 North Venture. Interestingly, Haldiram Family Office bought a 10 percent stake in the startup last May.

The backers are delighted with their bet. SpeEdLabs is targeting a segment of the edtech market that is huge and ripe for disruption, reckons Prakash Iyer, CIO (chief investment officer), Haldiram Family Office. “Our investment represented this conviction that the standard pedagogy in competitive exams has changed forever and for the better,” he says. A tech-first approach to learning gels well with emphasis on classroom teaching. SpeEdLabs, he lets on, has been successful in offering its learning to coaching partners, and this has helped it scale significantly.

The challenge for SpeEdLabs now would be to speed up. Varshney reckons his startup is well-poised to grow at a furious pace. Three years of pilot at Powai, and the world seeing the benefits of a hybrid model will only help in acceleration. “Only those who take risks can make an impact and change the world,” he says, alluding to the decision to stay hybrid when the herd and norm was online. The ABC of success, he adds, lies in the word ‘success’. “The two Cs and Ss,” he points out, “stand for courage, conviction, sweat and steady.” The only degree you need to succeed in life, Varshney maintains, is relentless hard work.