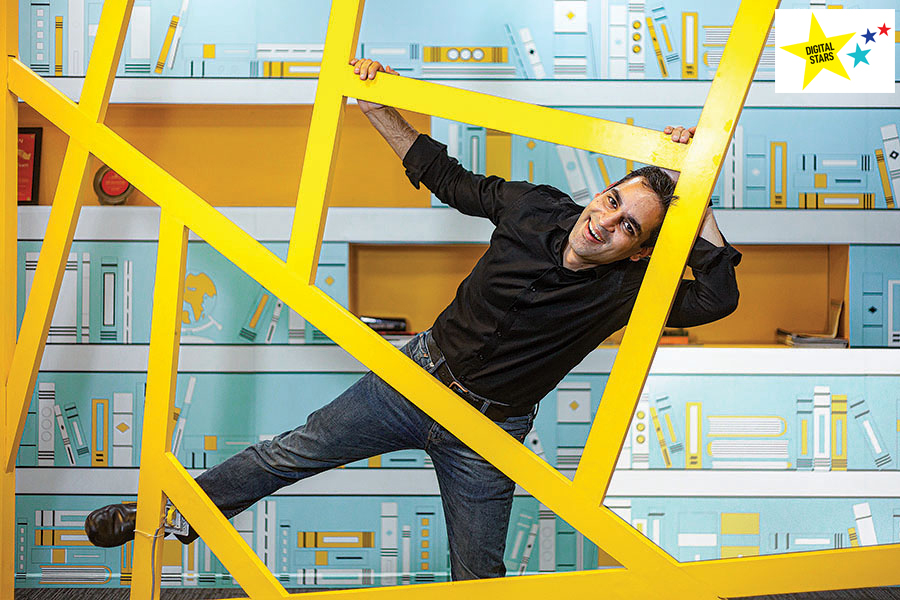 The foundation of my work will always be to help people and drive entrepreneurship in the country: Ankur Warikoo

Weeks away from turning 42, Ankur Warikoo claims to have found the answer to the ultimate question of life, the universe and everything. He has never had a game plan though. Instead, he pins his success to ‘authenticity’ and ‘consistency’ because he has seen first-hand the power of ‘process’ in life. Not once, but several times. “I have learnt lessons the hard way, so I know,” he says.

Srinagar-born Warikoo had a middle-class upbringing in New Delhi. As a child, he was certain he wanted to study in the US and become a space scientist at Nasa. After graduating from Hindu College, he earned a full scholarship for a master’s in astronomy and astrophysics from Michigan State University in 2002.

After two years, however, Ankur Warikoo realised he was pursuing a goal that brought him no happiness. Much to the shock of his parents, he dropped out of the PhD programme, came back to India and decided to start from scratch. A year later, he pursued an MBA in finance from ISB and marked his first major professional stint of about three years at Chicago-based consultancy firm Kearney.

A few years later, out of the blue, he decided to give up his stable job and dive into the deep waters of entrepreneurship. This time, as husband and father, there was a lot more at stake. Over the next eight years or so, Warikoo founded and helmed two startups—Groupon and nearbuy.com—with little success. Again, without a Plan B, Warikoo stepped down as CEO of nearbuy.com in 2019.

Despite the randomness, Warikoo’s journey from space scientist to content creator has several common links. 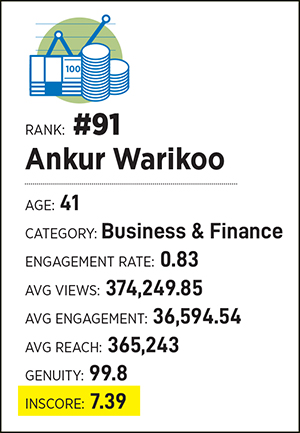 Warikoo has been writing a blog for 17 years. Around a decade ago, he started posting content on LinkedIn and Quora. In the last six years, he has been creating video content on YouTube and Instagram. It was during this time that Warikoo fully grasped the strong impact stories have on people.

At Groupon, Warikoo leveraged the power of storytelling to attract top talent at the ecommerce company. “We were clearly not the best-known brand or one that could pay the top dollars, but we still needed to hire an A-team. The only way we could hire a great team was by creating a vibe and a culture and a story around what Groupon stood for,” he says.

Warikoo wanted to control the narrative and wasn’t keen to hire external agencies. “So, I became the spokesperson and talked about myself as a leader, company values, etc. I loved communicating and interacting. It’s something that comes naturally to me and I’ve honed it for several years now,” he adds.

The idea of building ‘brand Warikoo’ to branch out as a mentor and author came about much later. “It’s only when I took a break after I stepped down as CEO of nearbuy.com that I thought why don’t I see what I can do with all the years of content I have created. I just got lucky with the timing,” he reminisces.

He got lucky with the timing because it coincided with the pandemic when people were consuming a lot more digital content. Warikoo’s motivational posts and inspiration-packed videos struck a chord with young professionals across the world.

By now, Warikoo knew that the audience wanted to connect with people who were ‘real’ and relatable. So, he used his life as a textbook to guide and inspire people to unlock their potential. “I am a living example. You can make anything happen if you combine authenticity and consistency. If I did, anybody can,” he claims. 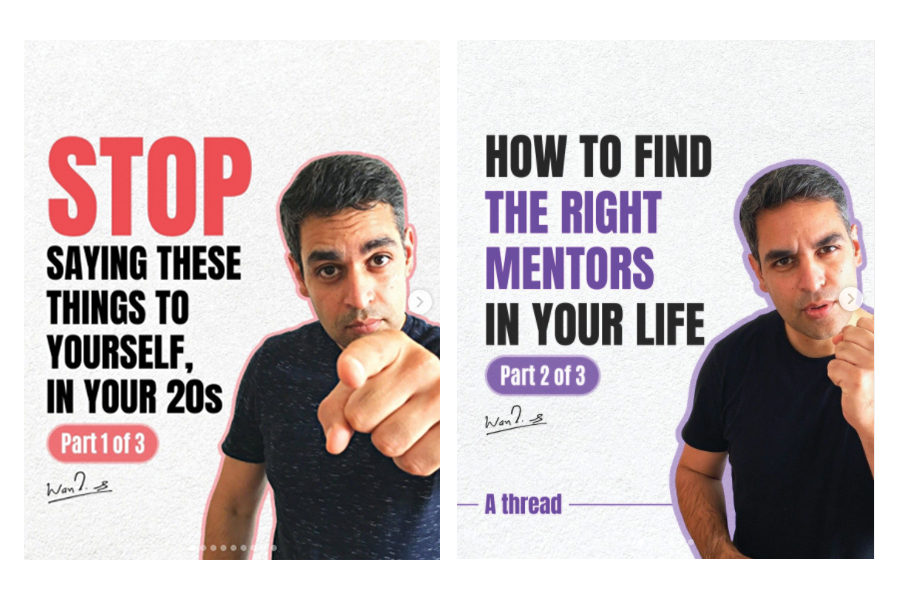 Warikoo thought out his business strategy in detail. “When you create content and a personal brand, you have two options. You can either use your content as a sales engine or as a trust engine,” he notes.

He was clear that he wanted to curate content to build trust and goodwill. “I have never tried to sell any of my courses in my content. That is done only through ads which run from completely different channels and it has nothing to do with my content,” he says.

But how does this push viewers to buy his courses?

“Most people don’t even know me when they first see my ads. When they see it multiple times they are intrigued and then they look me up. And when they look me up, they see years and years of content that has never tried to sell anything but only help. So, then they [reason] this may not be a fly-by-night operator but someone who is actually out there to help,” Warikoo explains.

This approach has helped to feed multiple revenue streams from direct consumers and businesses. Other than individuals, Warikoo also designs specific courses for corporates for employee workshops. Then there are speaking engagements, corporate gigs and the sale of his recently published book. Also, investment in startups is a key focus area.

“I invest mostly in the B2B brands and startups that I personally use and work with. I take a small percentage in cash and a large percentage in equity,” Warikoo adds.

With no game plan to adhere to, Warikoo is willing to let life surprise him. What he does know is that he has found his sweet spot. He admits his work may evolve over the decade, but he says, “The foundation of my work will always be to help people and drive entrepreneurship in the country.”

For now, Warikoo’s plan is to keep creating content, invest in startups, design more courses, take on more speaking engagements across the globe, and write a book every year. Where this takes him is not something he has set for himself.

“Don’t be surprised if you find me running physical workshops in the next decade, starting a university, getting into politics, or going to Mars and never coming back,” Warikoo says.