Digital payments: The next wave is here 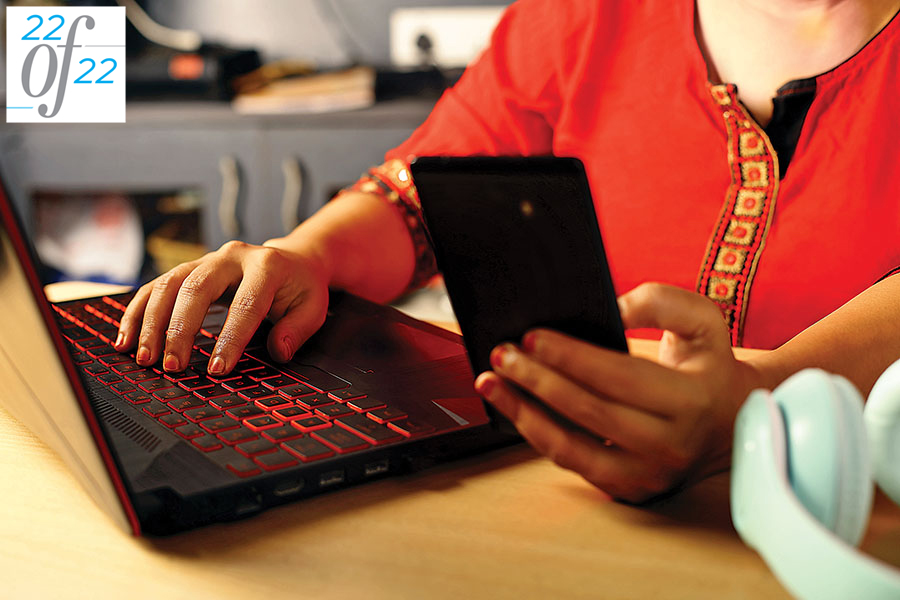 The number of online shoppers is expected to go from about 130-150 million today to around 250 million over the next two years Image: Shutterstock

In November, there were more than 730 crore (7.3 billion) transactions on the unified payments interface, according to data from the National Payments Corporation of India—a record that reflects the spectacular success of the platform in enabling digital payments in the country.

Those who are driving this revolution, including the Reserve Bank of India, NPCI and the many entrepreneurs who developed the “India Stack” of digital building blocks, believe this is just the beginning. In both size and scope of possibilities, the best is yet to come.

On December 7, the central bank announced additional features on UPI. It can already allow recurring transactions and single-block-and-single-debit functionality. Today, about 70 lakh (7 million) autopay mandates are handled every month, and more than half of Initial Public Offer (IPO) applications are processed using the block feature of UPI, the RBI said in a press release.

Features can be added so users can create payment mandates against a merchant by blocking funds in his/her bank account for specific purposes which can be debited, whenever needed. This would be helpful for hotel bookings, the purchase of securities in the secondary capital market and the purchase of government securities using the RBI’s Retail Direct scheme, e-commerce transactions and so on.

This will build more trust in transactions as merchants will be assured of timely payments, while the funds remain in the customer’s account till actual delivery of goods or services. The RBI has, therefore, “decided to introduce a single-block-and-multiple debits functionality in UPI, which will significantly enhance the ease of making payments in e-commerce space and towards investments in securities”, the central bank said in the press release.

Other financial infrastructural efforts, such as the Accounts Aggregator system, the OCEN (open credit enablement network) and ONDC (open network for digital commerce) are being embraced by businesses and users alike—they are expected to make loans and commerce just as easy as payments are today.

On the loans front, “there is a big shift to a new paradigm which is what people call embedded finance, where credit is contextually delivered at various touch points in the economic life of a customer”, says Sashank Rishyasringa, co-founder at Axio, a well-known fintech venture in Bengaluru, in the lending space.

Also read: ONDC goes live later this month. What will it take for it to succeed?

Whether it’s buying a product or applying for insurance, these innovations will minimise the friction on the embedded finance journey, he adds.

“ONDC is going to create an underlying tech infrastructure that folks like us can ride on top of to embed credit in various workflows,” he says. It will bring the same options of near-instant loans that Axio can offer on Amazon, for example, to even small retailers’ storefronts, he says. And “OCEN is working on the supply side of the equation”.

If the distribution is opened up through the large platforms—ecommerce giants or large banks and finance companies—and that becomes a very scalable way to deliver credit, the OCEN is going to help in getting the supply side to match up to that scale, he says.

In parallel, the number of online shoppers is expected to go from about 130-150 million today to around 250 million over the next two years, says Gaurav Hinduja, co-founder of Axio. Only 50-60 million of those will have credit cards, he says. For the rest, embedded finance will be a convenient option.

It is creating a standard set of protocols and infrastructure for banks to be able to plug into as providers of loans, partnering the fintech players that have developed expertise in specific areas of loan origination.

Also read: Digital Currencies: Why The RBI Needs To Bite The Bullet

Broadly, capabilities are being added on three fronts. The first is ease of integration of various businesses involved. The second is convenience for customers, like how UPI has made payments a breeze. The third is the data, with the right kinds of consent mechanisms built in, which is critical for underwriting, where the account aggregator system will help.

Some of the ecommerce protocols will also help, where customer shopping data can become a viable input, Rishyasringa says, adding that in five years, this all will make embedded finance the dominant paradigm versus traditional ways of giving discrete loans.