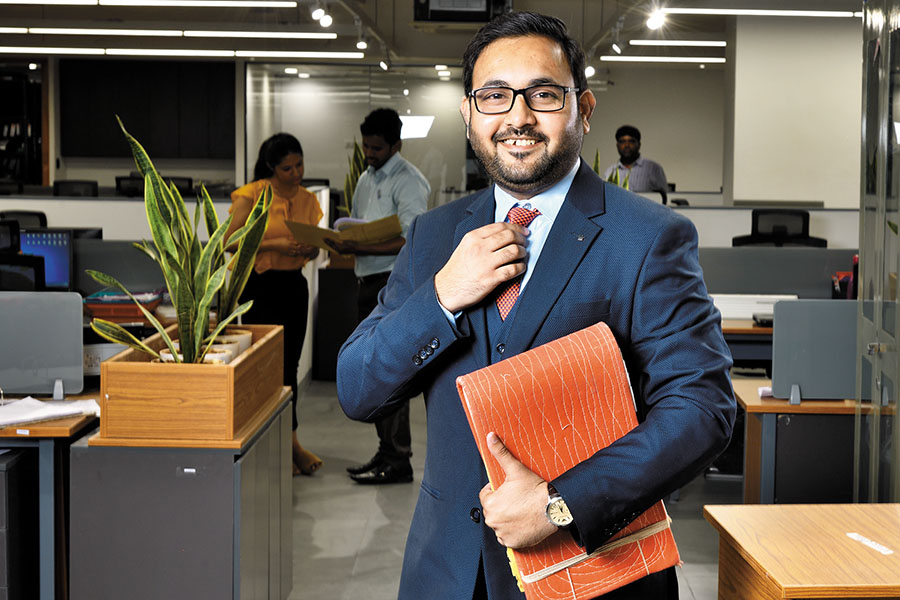 Serendipity works. At least that is what Nikhil Baheti’s career graph seems to indicate. Baheti, who hails from the small village of Janwal in Maharashtra, had several credits to his name early in life. This “youngest and shortest” boy completed class 10 at age 13; became the head boy of his Hindi-medium local school in Hyderabad and then learnt English in college.

After clearing his CA examination at age 22, he joined PNS Chartered Accountancy and worked with clients such as Mylan and Moltex Energy. It is here that he was introduced to agri-warehouse company OSR Infra, a PNS client.

Baheti joined OSR Infra in 2014, helping it expand its agri-warehousing business fivefold from two lakh square feet in 2014, facilitating necessary bank loans for the company, and liaising with government agencies and regulators.

“At OSR, I realised that when one is facing a problem, if you stand tall to fight it, a solution will be found,” Baheti says.

The company’s managing director Vamsi Maddipatla—who was keen to revive a novelty drugs discovery firm Laxai Life Sciences—wanted Baheti to join him, which he did in April 2017 as a director. A year later, Baheti joined pharma company Therapiva, a joint venture between Omnicare India (owned by UAE-based billionaire BR Shetty) and Laxai Life Sciences.

Baheti—who continues to work with Laxai as a director—spearheaded three of Therapiva’s acquisitions in 2018, including Dr Reddy’s Laboratories’ active pharmaceutical ingredient (API) manufacturing unit at Jeedimetla (a suburb of Hyderabad).

Therapiva manufactures 30 APIs and intermediates, has expanded into electronic chemicals, and hopes to touch revenues of ₹1,000 crore in FY2020.

“At OSR, Baheti showed immense maturity through calmness in pursuing goals or restoring projects which might have been moving slow,” says BS Sharma, an OSR advisor and former officer on special duty, power department of the Uttarakhand government. All vital leadership skills that will hold Baheti in good stead for future endeavours.