World events: Date with the 9th

Historical events that took place on the ninth of the month 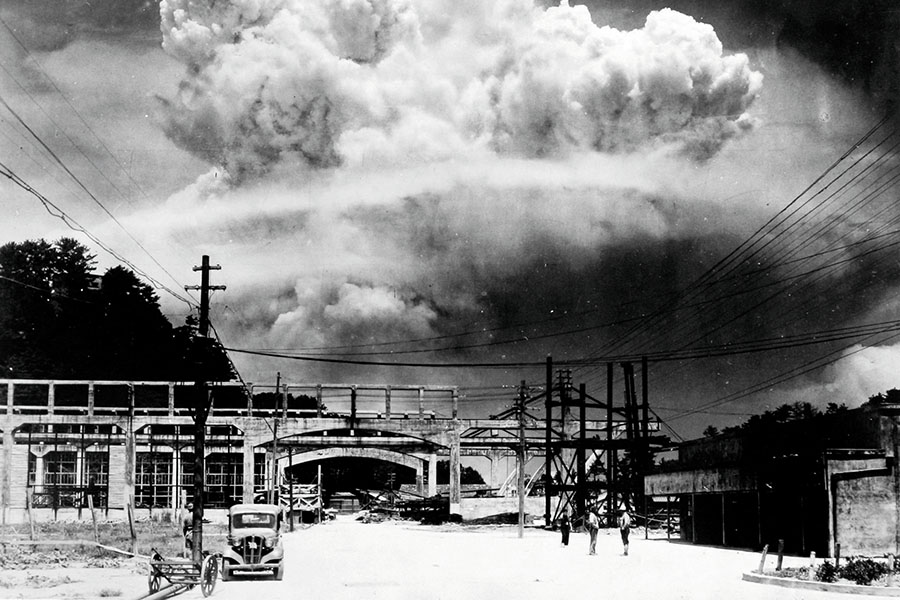 The Fat Boy bomb killed 40,000 people in Nagasaki, Japan, in 1945. The topography of the region, nestled between mountains, limited damage to 2.6 square miles
Image: Universal History Archive/ UIG VIA Getty Images
July 1875
Through the 19th century, share brokers in Bombay traded on the road. While the going was good—mostly between 1861 and 1865, due to the boom in cotton exports to Britain—passersby would live with the commotion they caused. But once the American Civil War ended, and Britain went back to importing cotton from the US, the bubble burst. Privileged brokers turned pariahs, and were muscled out of the streets. That’s when they formed the Native Share & Stock Brokers’ Association, the earliest shape of what would later become the Bombay Stock Exchange, one of the oldest of its kind in Asia.

July 2011
After half a century of bloody civil war that killed nearly 2 million people, South Sudan seceded from Sudan, becoming the world’s youngest country. The split allowed the region with a mostly-Christian or tribal populace to separate from the Arab and Muslim-dominated north. However, violence returned in 2013, due to a face-off between the president and vice president, and a peace agreement in 2015 proved to be shortlived.

August 1942
During a meeting of the All India Congress Committee in Bombay on August 8, Mahatma Gandhi delivered a rousing speech to kick off the Quit India movement the following day. “There is a mantra, short one, that I give you… The mantra is ‘do or die’,” he told the gathering. The next day, top Congress leaders—Gandhi, Jawaharlal Nehru, Sardar Vallabhbhai Patel and Maulana Abul Kalam Azad, among others—were arrested, and the Congress declared an unlawful organisation. Despite the British government banning public procession and assembly, a large crowd gathered at Bombay’s Gowalia Tank Maidan where Aruna Asaf Ali hoisted the Indian flag.

August 1945
Three days after an American B-29 bomber dropped the world’s first atomic bomb over Japan’s Hiroshima, killing about 80,000 people instantly, another B-29 dropped a similar bomb, called ‘The Fat Man’, on Nagasaki on August 9. The 10,000-pound beast killed 40,000. The attacks debilitated Japan and, on August 15, Emperor Hirohito announced the country’s unconditional surrender, marking the end of World War II. 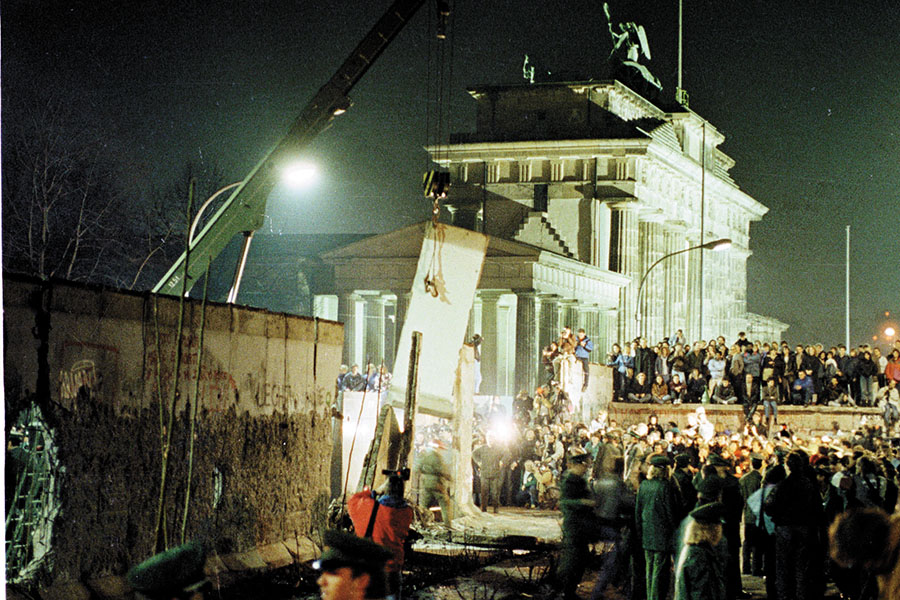 The demolition of the Berlin Wall began in 1989 and ended in 1992
Image: Reuters
November 1989
Built in 1961, the Berlin Wall separated East and West Germany during the height of the Cold War, and was pulled down after the East German government relented in the face of the democratisation that swept through East Europe. While many East Germans crossed over freely to the West, many others brought handheld tools to chip off what came to symbolise the repression and brutality of the Communist government. The fall of the Berlin Wall marked the first step towards the unification of the two states on October 3, 1990.