Nokia's new 3310 will appeal to Indians, even those with app-laden smartphones 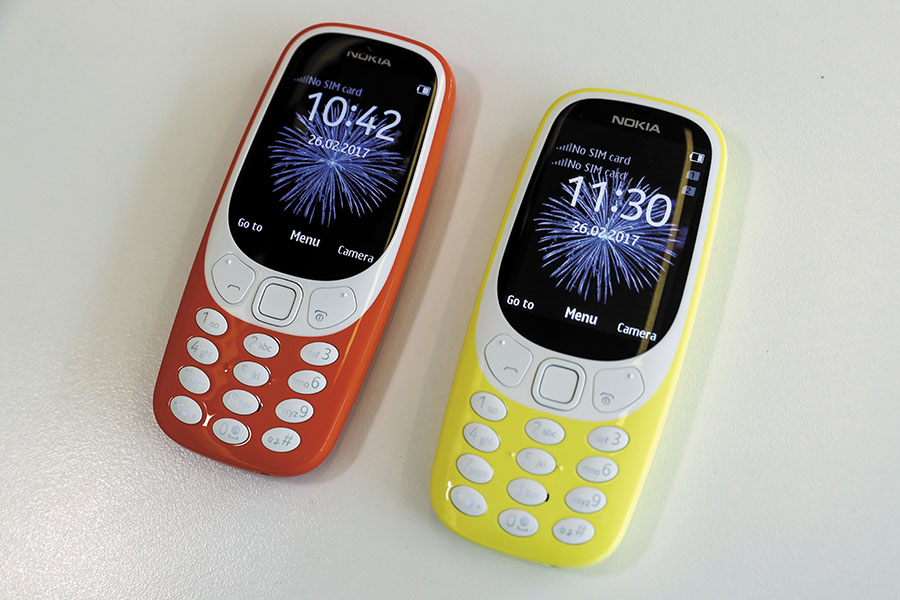 The new Nokia 3310 is sleeker than the original. It also has a slot for a micro SD card of up to 32 GB capacity
Image: Eddie Keogh / Reuters


It’s not just players of Snake, the popular game on the original Nokia 3310, who will welcome the phone’s modern avatar that HMD Global Oy recently released. There is a certain beauty in its minimalist design and functionality that even some users of app-laden smartphones will appreciate.

There are those who will buy the 3310—in bright red or canary yellow with a gloss finish, or a more conservative deep blue and grey in matte—for their second SIM cards, and the phone’s very long standby (as much as a month, and talk time of up to 22 hours). Others may be tempted to make it their primary phone, at least until they begin to miss all the new status updates on WhatsApp.

HMD, which is now making Android handsets under the Nokia brand, may have relaunched the 3310 in part as a marketing move, but there is a genuine market for a trusted handset that rarely, if ever, fails. The original 3310 was known for its ruggedness and, going by early reports, the new one does not disappoint.

India alone has some 700 million feature phones in use, with sales actually picking up in recent quarters. Mobile payments have also come of age, with more payment companies building platforms for basic handsets. Therefore there will likely be strong demand for a basic phone from a brand that millions still recognise in India, a market that Nokia once completely dominated.

The new 3310 runs on an operating system called Series 30+, from Taiwanese chip maker MediaTek whose chips are used in the phone. The model is sleeker and lighter than the original. It carries a 1,200 mAh battery that can be swapped if needed. Unlike the original, the front cover doesn’t come off and, as a sort of a consolation, it has a 2.4-inch colour screen. There is a slot for a micro SD card of up to 32 GB capacity. So you can carry a fair amount of music on the phone, for instance. It has the more contemporary micro USB charger that Nokia had already switched to for its other feature phones.

It is equipped with the standard 3.5 mm headphone jack, an FM radio app and an MP3 player. The phone works on 2G network. So don’t expect web browsing to be anything other than painful. On the other hand, it has Bluetooth, and Slam, a way to transfer files from one phone to another that Nokia released a decade ago. Therefore, in addition to the USB option, transferring pictures taken with the phone’s 2 MP camera is possible via Bluetooth.

One last thing that many an Indian user will like about this phone is that it will be available in a dual-SIM variant. HMD expects it will sell at an average price of 49 euros from the April-June quarter in India, Asia Pacific, Middle East and Europe. That would be about Rs 3,500, making it one of the more expensive feature phones in the market. But hey, it’s a Nokia.

Tweets by @forbesindia
D-Mart opens strong on listing day, doubles on issue price
As the world gets bolder, our censor authorities seem to be getting more and more conservative: Uday Shankar