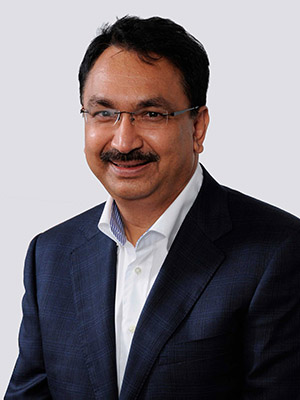 Toyota showcased its much-awaited new Innova Crysta at the ongoing Auto Expo on Wednesday. The price is likely to be announced in the second quarter of 2016 while sale will commence by the end of the year. The new Innova comes with an option of two engines - a 2.0-litre VVT-i petrol and the new 2.4-litre GD diesel with transmission chance include a manual and a 6-speed automatic. The Toyota Innova is India’s best-selling MUV/MPV.

Q. Tell us about the new Innova Crysta.
The existing Innova itself is pretty good as it is one of the best cars that maintains its used (car) price as it works all the time. The new Innova is several classes above. It is lighter, tougher and it will meet global and Euro-VI emission standards. It has to be a greener and safer car.

Q. Indian government will implement BS-VI. How does it impact a company like yours?
So long as the fuel is available, we will meet Euro-VI. We think it’s the right direction to go. What impacts us is the present diesel ban and that is unfortunate. If we really want to bring pollution down in Delhi, there are a lot of measures to be taken and this is not contributing significantly; hardly 0.2-0.3 percent. That’s the only thing that disturbs me and it’s hurting us in Delhi. We have a solution; we have displayed a petrol engine and soon we will be available in petrol.

The diesel technology especially with Euro-VI will be cleaner. There are CAFE (Corporate Average Fuel Economy) standards coming up. We have to meet CAFÉ standards and with petrol it’s difficult. Diesel is a more powerful fuel and has more energy.

Q. What are the key challenges and opportunities for the auto sector in India?
We are very bullish on the long-term about the auto sector in India. Keeping the cost under control and being competitive are the biggest challenges in India. Eventually Indian market like the rest of the world can’t be a protected economy. Japan or Germany is not protected in terms of duties. As a manufacturer, we have to become a cost-competitive country. Duties have to start coming down. We have to be export-driven and be able to sell around the world. The opportunity is that the market is here. India is one of the largest car exporters in the world. We are doing 800,000 cars a year and that’s a significant amount. There is a chance to be competitive and be a manufacturing and exporting country.

Q. Your expectations from the Union Budget 2016.
I want stability and I hope they (Indian government) do something about the GST. The direction that they are taking on taxation - so long as they keep it steady and don’t move it up and down - is my biggest expectation. Single window clearance and all the other measures to improve ease of doing business, if implemented, will be great. If GST happens, it will be terrific. But if it doesn’t, it is not the end of the world. There are many countries such as the US that don’t have GST.

Overall taxation is still too high for cars. By the time you buy a vehicle, 40-50 percent is tax and it doesn’t make sense. If you want to be a manufacturing country and want to Make in India, then you have to get the volumes up. Taxation has to start coming down and push the demand.