While the regular cup of chai still remains the national beverage, people are waking up to gourmet teas and blends 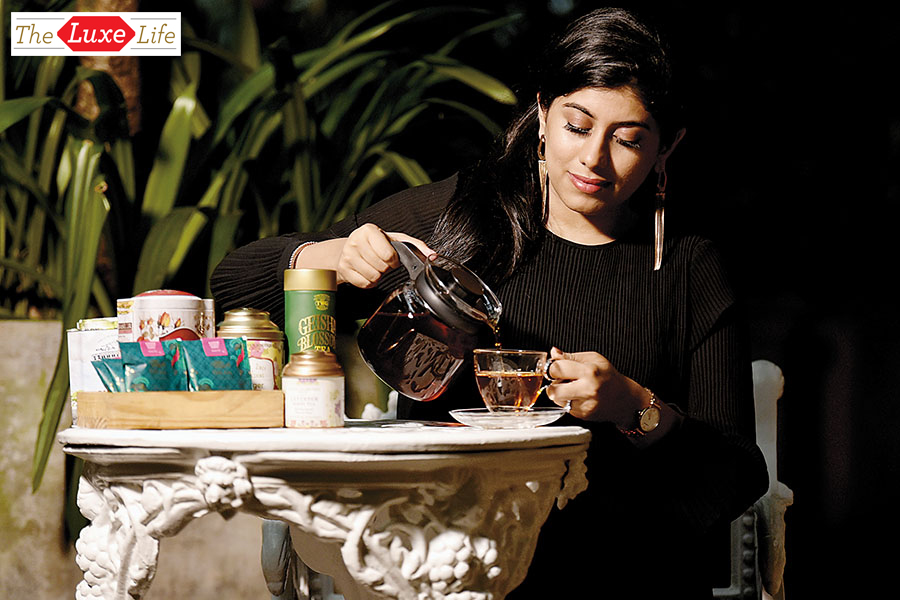 Priyanka Pattassery discovered tea variants while she was in school, and continued to experiment with them

Though she comes from the south of India, traditionally a coffee-drinking region, Priyanka Pattassery’s family has always loved tea brewed with milk. And that is what the socialite and tea connoisseur was familiar with until a relative from California brought along a few bags of a premium tea in 2010. That, Pattassery recalls, was her first experience of tea that was different from the national Indian beverage.

“When I was in Class 12, in 2011-12, and was struggling with studies and was stressed, I started getting acne. My maternal grandmother made me a herbal tea that helped my skin,” she recalls, adding that it was a concoction of dry hibiscus, moringa leaves, tulsi and ginger.

When Pattassery came to Mumbai after completing school, she started experimenting further and finally found her fix in tea like San-Cha’s Yoga Tea.

A mélange of exotic ingredients including fruits, flowers, herbs and spices, luxury tea has generally been the forte of high net worth individuals. But today, while India’s choice of beverage still remains the masala chai, the landscape is slowly but steadily changing with more people opting for premium teas and blends.

“Earlier, if somebody was travelling to London, they would buy Darjeeling tea from Harrods. Today, they have access to the same kind of tea and flavours, but a different blend and quality in India, which was not possible until five years ago,” says tea sommelier Snigdha Manchanda who founded Tea Trunk in 2013. It sells teas such as Organic Green Tea priced at ₹350 for 50 gram, lavender white tea at ₹1,350 for 100gm, and moon white tea at ₹1,349 for 15 tea bags.

The venture also lists the health benefits of the products and the foods they can be paired with.

At $1,850 per kg, India’s Makaibari Tea Estate’s Silver Tips Imperial tea is among the most expensive teas in the world. The ‘relaxing, anti-ageing’ Oolong tea from Darjeeling is plucked only on full moon days and nights during the plucking season.

Blends range from green tea blended with mango and mint to white tea mixed with jasmine, while flush, terroir and herbal and nutrimental qualities are other significant factors. “My tea, compared to what India [otherwise] drinks, has no dust, chemicals, preservatives or colour. It won’t give a person health problems in the long term, won’t give you digestion problems and people pay for that,” says tea sommelier Radhika Batra Shah, who retails under the brand Radhika’s fine teas. It includes teas such as organic Assam tea at ₹300 for 100g, and organic Darjeeling that starts at ₹700 for 100gm. Its most expensive product is Chinese Puer at ₹25,000-50,000 per brick, and it is sourced from China. 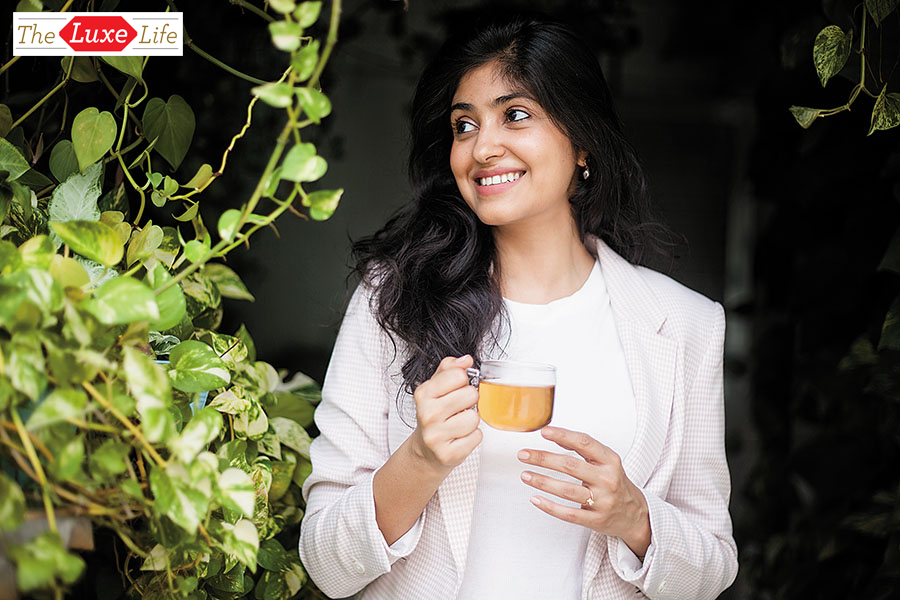 “Today, Indians have access to the same kind of tea and flavours [as in other countries], but a different blend and quality in India, which was not possible until five years ago.”
Snigdha Manchanda, founder, Tea Trunk
Image: Aditi Tailang

At the Sea Lounge in Mumbai’s Taj Mahal Palace, high tea sessions, priced at more than ₹4,500, are an experience. “Tea is much more complicated than coffee, it is almost like wine. There are a large variety of teas, different kinds serve different purposes, are consumed at different times and are paired with different foods,” says Sumit Singh Deol, F&B director at the hotel. “We try to cover the maximum spectrum [of teas] in a more concise manner. It’s not a five-page tea menu, it’s a very concise, two-page menu,” he says. Manchanda too is planning to start a tea experience centre in Goa.

The distinction between a premium tea and a regular one with the same blend or flavour goes beyond quality, and tea drinkers consider several factors before making a choice. Says Pattassery, “I like teas from [Singapore-based] TWG Tea because the blend does not change, ever.”

The love of tea is becoming evident among the young, with a pop-culture vibe to it, thanks to memes and influencers on social media. Roopanshi Bhatt, who co-founded Tea Villa Café in 2013 says, “We have people from middle-income level to businessmen, from kids celebrating their birthdays to college students.” According to Tea Board of India, though 80 percent of Indians like their milk tea with sugar, consumption of non-milk tea without sugar is on the rise. While chamomile tea is popular at both Taj Mahal Palace and Tea Villa Café for stress relief, Sea Lounge’s house blend, a mix of Darjeeling and Assam teas, is also popular.

One of the biggest reasons for the recent popularity of various kinds of teas in the country is Indians travelling or studying abroad, where they taste and try various kinds. “In the US, coffee is the dominant drink, but in Asian and European countries tea is the dominant choice,” says Singh Deol. “Indians travelling to these countries are able to experience various categories of world teas.”

Tea tasters and experts are also constantly trying to educate people about the nuances of teas. Says Manchanda, “During tea tasting sessions, I brew a Darjeeling tea, an Assam tea and a Nilgiri tea and ask people to recognise which is which. Eight out of 10 people in the room don’t know.”

While the Assam terroir is native to India and Assam tea is most often consumed in northern India, Nilgiri tea is preferred in the southern part of India. But it is Darjeeling tea that occupies the place of pride and is often called the champagne of teas. Though the mother bush of Darjeeling tea came from China, the Indian north-east terroir and climate gives Darjeeling its different, unique flavour. Authentic Darjeeling tea is also the most expensive Indian tea in the world.

People are also becoming aware of the pairing of foods and teas. “People need to understand the concept of pairing the right food with the right tea. It is still a work in progress, but we are getting there,” says Singh Deol.

“Tea is definitely up for growth in India. The kind of vividness tea can offer, even coffee cannot. If caffeine gives you a rush of adrenaline, there are teas that give you a natural anti-oxidant boost of energy without giving you the caffeine bloat.”

And though people consider the price a challenge, experts believe otherwise. “People are willing to a pay a premium price for teas, as long as they see and feel the benefits. If they see value in the product they are consuming, they are ready to pay for it,” says Batra Shah.

Tweets by @forbesindia
Comic: Food for thought
Hypertension in Indians