Budget 2018: Agriculture matters, but how much?

Efforts to alleviate the plight of farmers are laudable and necessary, yet agriculture cannot be the dominant, permanent source of livelihood 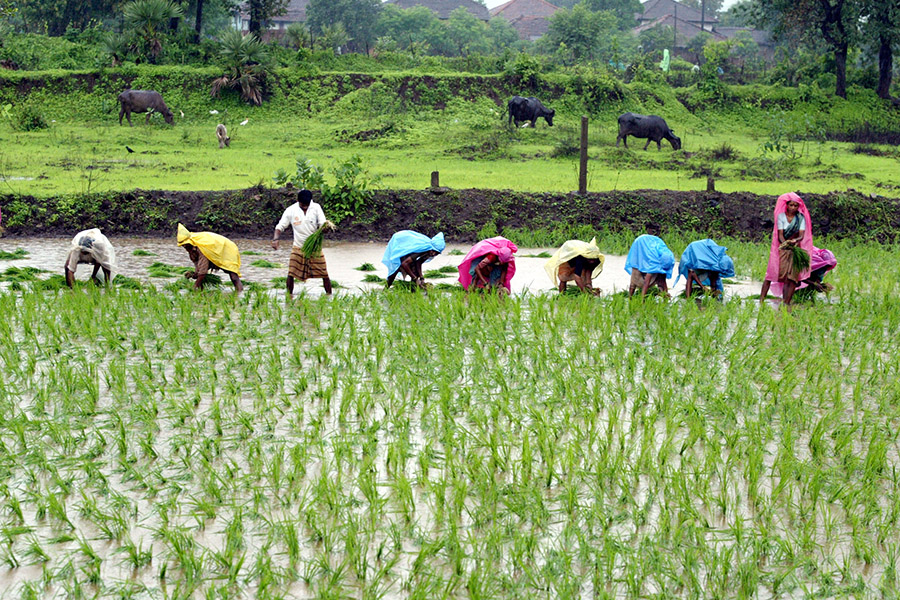 Image: Shutterstock
How critical the agriculture and rural sector is to a government–more so in the run-up to a general election –is evident in one statistic-loaded statement in the budget speech of the finance minister. The Rs 14.34 lakh crore that is proposed to be spent by ministries in 2018-19 for creation of livelihood and infrastructure in rural areas is projected to “create employment of 321 crore persons, 3.17 lakh km of rural roads, 51 lakh new rural houses, 1.88 crore toilets, and provide 1.75 crore new household electric connections…” This is, of course, besides generating employment via farming and self-employment, and boosting agricultural growth.

Agriculture matters, particularly when 86 percent of farmers are small and marginal. It accounts for 16 percent of GDP and 49 percent of employment. Yet, farm revenues are declining–which is why the government is keen to take minimum support prices to levels higher than production costs–and farmer distress is a reality.

Efforts to alleviate the plight of farmers are laudable–and indeed necessary. Yet, the reality is that, as noted in the Economic Survey, “… agriculture cannot be the dominant, permanent source of livelihood” because “its productivity level, and hence the living standards it sustains, can never approach–and historically never approached–those in manufacturing and services”. The upshot: Industrialisation and urbanisation must provide the “higher productivity alternatives” to agriculture.

Politics won’t allow finance ministers to make such direct connections in budgets (although the Economic Survey has evidently fewer such compulsions). What they can do–and Arun Jaitley did pretty unambiguously–is to also shine a light on industrialisation and urbanisation. For instance, he did mention making all-time allocations to the rail and road sectors. He did recognise the challenges of the medium, small and microenterprises (MSMEs) that are still reeling under the blows of demonetisation and GST. He did aver that “urbanisation is our opportunity and priority”, and delved into some details of the ongoing Smart Cities Mission–99 cities are implementing projects like smart command and control centres, smart roads, solar rooftops, intelligent transport systems and smart parks. Projects worth Rs 2,350 crore have been completed and works of Rs 20,853 crore are under progress, the FM said.

Agriculture, though, was firmly at the forefront–and upfront–and as a chuffed Radha Mohan Singh, Union minister of agriculture & farmers welfare, duly tweeted: “#Budget2018 is a testimony to our PM @narendramodi ji’s commitment towards agriculture & farmers’ welfare. The budget presented by our FM @arunjaitley is packed with policies & funds to boost agri sector and it takes care of every aspect of agrarian sector.”

Cut to the Economic Survey, which fell back on the social reformer in BR Ambedkar to make its point. Ambedkar had warned about the dangers of romanticising rural India by deriding the village as “a sink of localism, a den of ignorance, narrow-mindedness and communalism”. The short point: In the long run, people need to move and be moved out of agriculture for non-economic reasons.

As TV channels, and the analysts and industry captains on them, hail Union Budget 2018 as a rural-focussed one, it’s perhaps prudent to rewind to Monday’s Economic Survey, which notes the irony that “the concern about farmers and agriculture today is to ensure that tomorrow there are fewer farmers and farms but more productive ones. All good and successful economic and social development is about facilitating this transition in the context of a prosperous agriculture and of rising productivity in agriculture because that will also facilitate good urbanisation and rising productivity in other sectors of the economy”. If the BJP-led government can achieve its promise in the party’s manifesto to realise one-and-a-half times the cost of a farmer’s production, that would be a big victory. But it won’t be the endgame.