Blackstone has done its bit to dispel notions that PE investors kill jobs, strip assets and quickly 'flip' (sell) the business at a profit 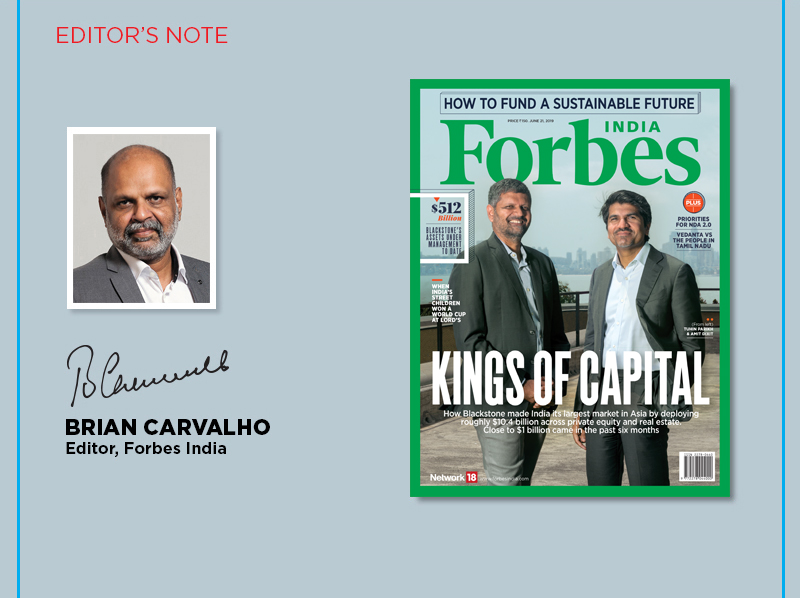 David Carey and John E Morris, the American financial writers on private equity who penned King of Capital: The Remarkable Rise, Fall and Rise Again of Steve Schwarzman, begin the book (published in 2010) in a style that puts on display the extravagant life of the co-founder of the world’s largest private equity firm a decade ago: ‘More Rumours about his Party than about his Deals’, blared the front-page headline of the New York Times in late January 2007, is the first line of the book. It, however, quickly moves on from the $3 million bash Schwarzman threw to usher in his 60th birthday to an even more lavish shindig five weeks hence: The initial public offering (IPO) of Blackstone. When markets closed on the first day Blackstone shares were traded, on June 22 the same year, the firm was worth all of $38 billion. With good reason: Blackstone reported $2.3 billion of profits in 2006, which gave each of the firm’s 60 partners a cool $38 million. Schwarzman took home close to $400 million. As the authors write: With the IPO, “private equity–the business of buying companies with an eye to selling them a few years later at a profit–had moved from the outskirts of the economy to its very center”.

Yet, if there’s one question that till recently dogged the global PE, it’s whether they were, as Businessweek once put, “fast-buck artistes” or genuine adders of value. Over the years, Blackstone has done its bit to dispel notions that PE investors kill jobs, strip assets and quickly ‘flip’ (sell) the business at a profit. In 2017, it owned $434 billion in assets and returned $3 billion to shareholders.

Blackstone today has a presence in at least 95 countries, and our cover story this fortnight is on how India emerged as the crown jewel in the firm’s Asia portfolio fuelled by the growth engines of PE and real estate (RE). Pooja Sarkar caught up with the reclusive Tuhin Parikh and Amit Dixit, heads of Blackstone India’s twin engines of RE and PE, respectively, who put forth how the Indian arm has evolved since it began in 2005 with the help of a “business-builder” mindset. This involves buying majority stakes in companies and real estate properties with scale—think office buildings, malls and warehouses—and then putting the entire might of Blackstone behind them. Result: Blackstone has been able to return investors nearly $3 billion from India. Don’t miss Sarkar’s feature in which she delves into the investment philosophy of Blackstone, its formidable global management bandwidth and its decisive interventions at investee businesses.

In other stories, we view the sports theme of our previous issue from a different lens. The cricket world cup is on in full gusto in England, but did you know that we won a final at Lord’s this year? Kathakali Chanda’s deep dive into the children from Mumbai’s slums, Kolkata’s protection homes and of Chennai’s street vendors, who won the inaugural Street Child Cricket World Cup, is a riveting tale of guts and glory against all odds.

This issue also has a collection of stories on sustainability, a priority that invites plenty of attention but little action. They’re all must-reads, beginning with Monica Bathija’s feature on how a clutch of funds is attempting to build stock portfolios themed around sustainability, and Ruchika Shah’s analysis on how non-tobacco portfolios may actually be giving better returns than the ‘sin’ stocks.