From economy, currency and policy tremors to great achievements in sports—a lot went down in 2022. Our year-ender issue sheds light on the key events of the year and what's to come next 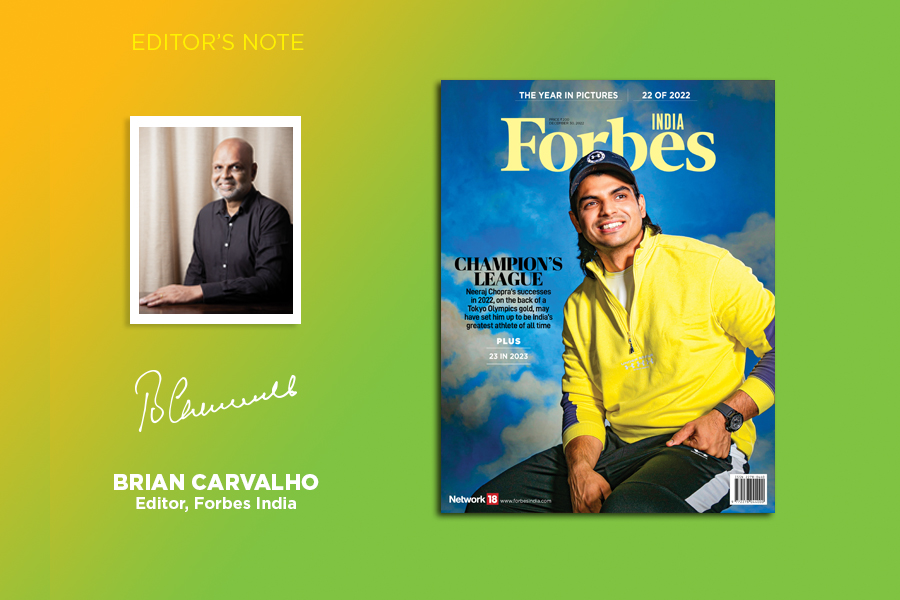 Does the passage of 365 days change anything? Do situations and environments change—for good or bad—in a New Year? Do we achieve what we resolve to change or improve when the old calendar makes way for the new?

The answers for most of us would be a “not necessarily”, if not a resounding “no”. Why then do we make a song and dance at the end of every year and hopefully, and riotously, usher in the new?

There is usually a justification for collective human behaviour; that it happens en masse doesn’t mean it is rational behaviour, but it is often explainable.
The Chinese New Year—to be celebrated three weeks after the January 1, 2023 morning of incoherence and vacuity—can help explain the curious combination of tradition and psychology at play. It involves (less of) myth and (more of) pragmatism: After a year of toil in the fields, a period of rest and relaxation was prudent for farmers ahead of the spring season. And there is also the legend that the Chinese used fireworks to scare away a beast that attacked their children. That tradition of burning firecrackers continues.

As does the sense of relief that one has survived the beast yet another year. The Covid-19 monster magnified that sentiment—amid severe illness, death and financial destruction were those who lived to tell the tale. And when survival was no more at stake—now that the virus seems to have lost its sting—came the time to make up for lost time. Say hello to consumerism with a renewed gusto. Or you could even call it the revenge of the living and the loaded.

Covid-19 may today be a pale shadow of the killer virus it was, but on the global stage crises persist. No war is good for the countries involved, and their citizens, but the Russia-Ukraine hostilities have left much of the world, India included, in economic turmoil. Food, fertiliser and energy security have been hit globally, thanks to shortages and price spikes. Result: The inflation monster has reared its ugly head, and policymakers have little choice but to hike interest rates.

The Indian economy may prove more resilient in recessionary climes vis-a-vis developed counterparts. The Indian stock markets reflect that confidence, poised to end the year in the black, even as major global indices have lost ground. The challenge in 2023 will be to justify the expensive valuations with corporate earnings that deliver and economic growth that doesn’t lose steam.

India felt global tremors on other fronts, too. The crypto meltdown has left its scars on startups in the sector, although investors haven’t been scalded as badly as those in other markets. The American tech wreck has cast its shadow on the Indian internet space as funding slows down, although many local ventures may be victims of their own over-exuberance—and of those of their funders.

One of the brightest spots in India is the steady gains in sports, from athletics to badminton and chess. The Forbes India Cover Story is on a sportsperson who may be just a javelin’s throw away from earning the crown of India’s greatest athlete ever. Many would feel Neeraj Chopra is already there, with an Olympic gold, a silver at this year’s World Athletics Championships and a Diamond League title under his belt. At 25, though, there is much more metal to mine. As Kathakali Chanda, who met Chopra and profiled him, says, he isn’t content being a one or two-medal winner. For more on how the champion is handling celebrity status and preparing for the next big win, ‘Champion’s League’ is a must read.

Tweets by @forbesindia
From 'KGF - Chapter 2' to 'Kantara' and more, here's how Indian cinema fared at the box office
Simply Speaking from the FIFA World Cup 2022: Qatar emerges the winner