Innovation came back in a year in which a virus ran amok, killing hundreds of thousands. It took a global humanitarian crisis to bring it back. That--and a tribute to Unsung Heroes of 2020 in our latest issue 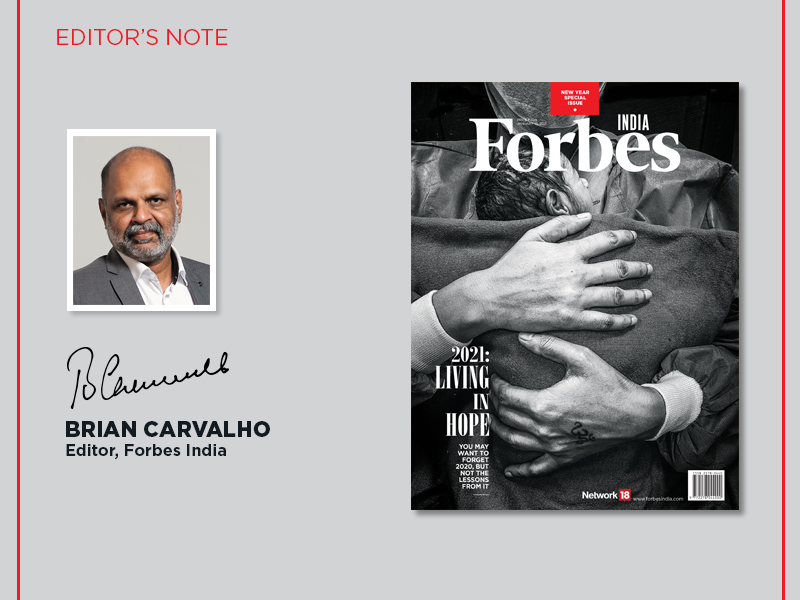 "I think there are probably too many smart people pursuing internet stuff, finance and law. That is part of the reason why we haven’t seen much innovation.”

That’s the voice of maverick innovator Elon Musk in Ashlee Vance’s book (2015) on the man building electric cars, solar panels and rockets. In the process, he transformed Tesla into a profitable electric car maker in 2020 and drove its value up to a dizzying $627 billion pre-Christmas; Musk was worth close to $170 billion, largely by virtue of his 20 percent holding in Tesla, and hot on the heels of the world’s richest man Jeff Bezos.

Musk’s short point is that Silicon Valley had become a get-rich-quick-with-an-internet-business-idea haven at the turn of the century. And that real innovation took a beating once the bubble burst, and entrepreneurs stopped thinking big even as venture capitalists played safe.

In the past, I haven’t exactly been a fan of Musk and his ‘rockstar’ high-jinks, which resulted in him being fired as chairman. But then, again, Musk may be more at home in the Los Angeles rocket factories of SpaceX or the Tesla facility in Fremont than in the boardroom; he is, after all, the big-risk-taking innovator who directed the wealth he raked in by selling his holdings in Zip2 and PayPal to change the way cars are made and sold, change the fuel that drives them, and with it the distribution network; he also poured another $100 million into the seemingly wild gamble of shooting humans into space.

If Musk has to be celebrated today, it’s not for the wealth he has amassed. It’s for why companies like Tesla are being valued so much: For the genuine innovation Musk has brought to the world, and the awesome possibilities he’s opened up. Musk is one big living proof that innovation is not on the decline. The other testimony of it is 2020 itself—a year in which a virus ran amok, killing hundreds of thousands. By April, it seemed only a miracle could save us.

Come 2021, we’re still not out of the woods, although salvation by way of a needle’s jab is a gleam in billions of eyes. And it’s not a miracle that may save us but science. As of the last week of December there were seven vaccines that had got the regulatory go-ahead and 55 candidates at various stages of development; at least seven of those are from India. Vaccines that previously took years to develop are now slowly but surely finding their way to those who need it in less than a year. Innovation is back, and it took a global humanitarian crisis to bring it back.

In this fortnight’s special issue, we capture the spirit of innovation that prevailed in India during the pandemic: Entrepreneurs who tweaked their business models to turn out ventilators, and repurposed everything from robots (to minimise patient contact with health workers) to drones (for analytics on mask usage and social distancing); business founders who pivoted their existing models to beat recessionary conditions; and, of course, those Indian warriors of science who are developing a Covid-19 vaccine. As Musk would have put it: “When something is important enough, you do it even if the odds are not in your favour.”

This issue is also a tribute to the unsung heroes who saved lives and livelihoods in 2020—doctors, nurses, women of self-help groups, teachers, municipal workers, and ambulance drivers, among so many others. Don’t miss the collection of their stories.