Mystery and Turmoil at Bombay House

As events surrounding the sudden change in leadership at Tata Sons play out rapidly, Ratan Tata symbolises stability at this crucial juncture 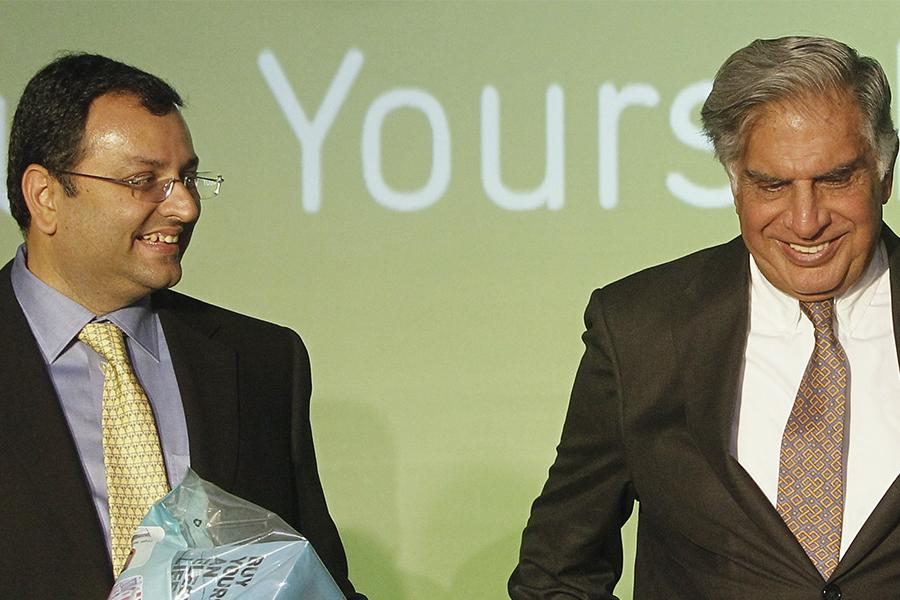 The punsters are having a field day thanks to the dramatic and unprecedented boardroom battle which has broken out at Bombay House, the iconic headquarters of the House of Tata.

As events relating to the sudden move to replace Cyrus Mistry as Tata Sons chairman play out over the next few days, and things become clearer, shareholders, Tata-watchers and the Indian business community as a whole will be eagerly looking for some clarity, some answers about why a group, which has always liked doing things in the most proper way and been so very particular about its public image, chosen to replace its chairman so suddenly and swiftly.

Analysts and the media at large will be going into the depths of the story over the next several months. In the interim, Ratan Tata who, over the past several decades, has been responsible for the group becoming an international giant spanning over 100 countries across six continents, is back at the helm, albeit in an interim capacity for four months until a successor to Mistry is identified and appointed. The interesting thing to note here is that when Mistry was appointed, he was personally groomed by Ratan Tata for a year after which he formally took charge in December 2012. For someone who was gradually initiated into the top job by the iconic Ratan Tata himself, the manner of Mistry’s exit has left the corporate world befuddled.

While there are several theories doing the rounds about what could really have happened, there is absolutely no doubt about one thing: The Cyrus Mistry regime, even in just four years, turned out to be quite different from that of Ratan Tata. Mistry’s induction was seen as an attempt by the group to bring in young blood and the new chairman, in turn, brought in a new set of people who comprised the now-disbanded Group Executive Council. Names like human resources professional NS Rajan, management thinker Nirmalya Kumar, former BSE CEO Madhu Kannan, brand custodian Mukund Rajan and former Titan senior executive Harish Bhat were brought into the GEC. The GEC’s role during the Mistry years will also be one aspect which will be analysed in detail when going into the cause of the fracas. With the unceremonious disbanding of this body, the boards of individual group companies and the Tata Sons board will be key to strategy unless a new think tank like the GEC is set up by either Ratan Tata or the next chairman.

Whatever emerges as the real reasons behind the unfortunate turn of events at Bombay House, serious differences in strategic thinking relating to the future of the group can be put down as the broad overarching reason. Two major areas where Mistry’s role will come under sharp focus are the battle with DoCoMo and the attempt to divest Tata Steel’s global assets. Both these decisions would have raised eyebrows within some sections of the Tata group who have been used to the earlier regime and may not have agreed with Mistry’s approach on these issues. The market hasn’t been too unhappy with Mistry, though. Barring steel and power, most other major listed businesses of the Tata Group gained in market capitalization during the Mistry years.

Ratan Tata, who has been invited by the Tata Sons board to helm the group until the next chairman is appointed, is an emblem of stability and continuity at the group. Tata’s stature as a global business leader – his new avatar as one of the country’s foremost angel investors has only added to his standing – will go a long way in assuaging fears about what will happen to the group in the interim. A section of analysts have suggested it isn’t great corporate governance for a chairman who has retired to be brought back, but Ratan Tata’s return will be seen by most as good news given the circumstances. If anyone knows the House of Tata, it is Ratan Tata, having led the group from 1991 to 2012, years which saw a dramatic transformation not just in the Indian economy but also the world as a whole.

It therefore comes as little surprise that Tata chose to meet group’s senior leadership the very next day after Mistry’s replacement. Tata told them, “I look forward to working with you as we have worked together in the past. An institution must exceed the people who lead it. I am proud of all of you, and let us continue to build the group together.” Significant words indeed.

The Shapoorji Pallonji Group, on the other hand, has issued a very short statement saying there was “no basis to speculation about litigation at this stage.” A statement would be made as and when it became necessary, the group said.

Whether there will be a legal battle or not cannot be said at this stage, but the fact that Mistry, whose family also holds an 18.5 percent stake in Tata Sons, had to leave rather unceremoniously, will surely be an issue which the House of Tata will need to negotiate carefully over the coming weeks and months. That is also one more reason why Ratan Tata being at the helm in the interim is a good thing.

A selection committee with a four-month time-frame has already been put in place to hunt for the next chairman. The committee has, Ratan Tata apart, Ronen Sen, Venu Srinivasan, Amit Chandra and Lord Kumar Bhattacharya. As expected, possible names of who might succeed him are also doing the rounds, with Arun Sarin, Indra Nooyi and TCS boss Natarajan Chandrasekaran being talked about as candidates. There is no confirmation on this at all, though.

Corporate circles and stakeholders will be hoping that with Ratan Tata back in charge, the next few days and weeks will see more clarity about why the decision to replace Cyrus Mistry had to be taken in the manner in which it was. Not just group executives, shareholders and corporate India would be keen to know the answer to that.

“The companies must focus on their market position vis-à-vis competition, and not compare themselves to their own past. The drive must be on leadership rather than to follow,” Ratan Tata told the group’s senior managers.

Tata knows leadership will indeed hold the key in more ways than one.