Tata Motors needed, along with a turnaround, a total transformation 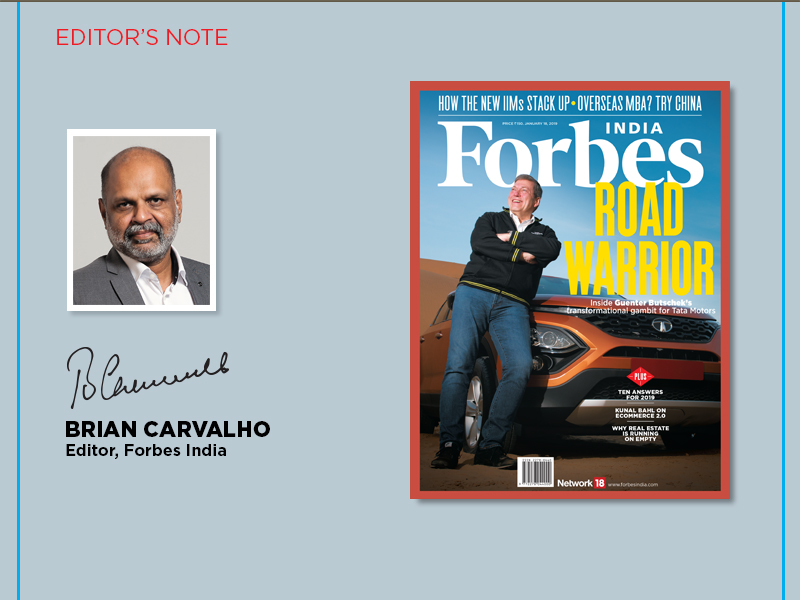 If there’s one company that’s confounded its critics and cheerleaders ever since it flagged off its ambition to become a carmaker to reckon with, it’s Tata Motors. The ambition was huge: Chairman Ratan Tata had this dream of designing a car in India from scratch. It had to be affordable, comfortable and economical. When Tata told Businessworld magazine in the mid-90s that he was looking to build a car that “would have the size of the Maruti Zen, the internal dimensions of an Ambassador and come at pricing of a Maruti 800 with the running cost of a diesel (car)”, almost all of India sat up and took notice.

Tata lived up to his promise, even as one section of observers wondered how a maker of trucks could make a mass-market car with contemporary design and features. He launched the Indica in January 1998, which quickly caught the nation’s imagination (it was labelled the ‘Kohinoor of India’ at the launch party). Consumers queued up to make fully-paid bookings—over a lakh of them in a little over a week of launch.

The next challenge was to deliver the promise. And that wasn’t easy as competitors reacted by slashing prices. Indica sales slumped as quality issues came to the fore, inventory piled up and, by 2001, Tata Motors had slumped to its biggest loss ever of ₹500 crore. Analysts and the media squarely blamed the red ink on the Indica, and wondered why the country’s No 1 truckmaker had to risk an adventure into carmaking.

A year later, the script changed. An improved V2 model was launched, costs were cut, the Indica was back in favour, and losses were pared to ₹54 crore (with a bumper ₹162 crore profit in the fourth quarter). The turnaround paved the way for a timely name change, from Telco or Tata Engineering to Tata Motors in 2003, to underscore the chairman’s automotive ambitions.

But that’s the story of Tata Motors as a carmaker—up, then down, and then a turnaround. One clear high was the $2.3 billion acquisition of Jaguar Land Rover (JLR). Another much-anticipated one was the launch of the Nano in 2009, which didn’t quite materialise as an aspiring consumer base confused a ‘people’s car’ with a cheap one. To compound matters, Tata Motors since then didn’t have much luck with its top leadership and, since 2014, for a little over two years, it didn’t have a CEO.

The job for the CEO wasn’t an enviable one: There were hardly any products in the pipeline at a time when rivals were on a launch spree, costs had gone out of whack, margins were under pressure and the car business once again looked like it did in the past: Unsustainable and unviable.

For Guenter Butschek, COO of Airbus before he took on the mandate—he’s now CEO & MD of Tata Motors Worldwide—the challenge was a desperate one. Tata Motors just didn’t need a turnaround. It needed a transformation. “We needed to change the strategic direction,” Butschek told Forbes India’s Manu Balachandran, who’s written this fortnight’s cover story on Tata Motors’s transformation gambit. At least 12 launches are lined up for the next couple of years, sales are on their way up, the truck business that had come under pressure is also looking good, and car market share is once again inching upwards. Is Tata Motors back from the brink? As Balachandran says: “It may be too early, but Tata Motors seems to have got the engine revving, again.”