During the lockdown, the only vision is television

How TV, especially in regional languages, has emerged as the fastest and most credible source of information and entertainment during India's coronavirus lockdown 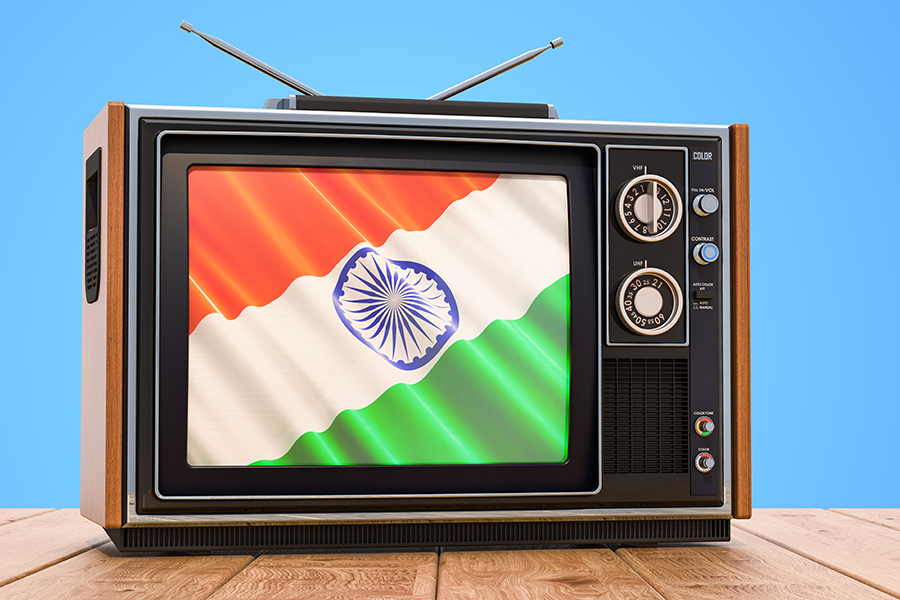 The Covid-19 lockdown has India glued to the television. Image: Shutterstock The writing was always on the wall, but the vision became crystal clear over the last few days, especially with print going out of circulation. The nation is huddled into an unprecedented lockdown to contain the spread of the coronavirus. In what appears to be a booster dose for TV broadcasters, viewership has seen a massive surge over the last few days, according to a latest BARC-Nielsen study on Covid-19 impact on the TV and smartphone landscape. The average daily viewers, the study underlines, has grown by 32 million. “Viewing time for television increased by over 70 billion minutes in India,” it said, adding that each of the 592 million viewers watched TV daily for 3 hours 51 minutes. Compare this to the increase in time spent on smartphone: 1.5 hours. While TV news channels, led by Network 18 [which publishes Forbes India], have emerged as the most credible source of information for millions of Indians, Hindi news channels have seen a staggering 62% jump in viewership. Topping the chart, however, in regional news viewership is Marathi, which has leapfrogged 101%, followed by Oriya + Bangla and Malyalam, at 78% and 75% each, respectively. The trend holds strong in urban India as well. The viewership in week 11 (week starting March 14) is the second highest since 2015.    Meanwhile, for advertisers on TV, its business as usual. While print has been grappling with a steady fall in advertising revenue over the past few years, TV, interestingly, has grown, as advertisers have shifted to TV and online platforms. Advertising FCT (free commercial time) has increased by 13%, with the top three sectors being banking/financial/investment, followed by food and beverages and social advertising, highlights the study. Marketers are not surprised. Somebody’s loss (print advertising in this case) is somebody’s gain (TV). Advertisers, they reckon, were anyways moving towards digital platforms and TV, especially the regional languages.

The Covid-19 scare, in combination with people being isolated in their homes and no print publications available, has made TV the preferred source of credible news, but also for entertainment, says N Chandramouli, chief executive officer of Mumbai-based marketing and branding agency TRA Research. TV, unlike OTT, allows for quick flicks of channels to verify and reconfirm the rapidly evolving scenario. Regional channels, he adds, give more localised news, which is what many viewers are looking for. “The inadvertent beneficiaries of the Covid-19 crisis is likely to be regional TV channels in the immediate and long run,” he adds. Media planners are bullish about the rise of advertising on TV. “Lockdown could be the demo moment for TV, as people are forced to stay away from papers,” says a top media planning agency head, requesting anonymity. The pace at which advertising revenue is shifting from print to TV and other mediums will only hasten, he reckons. TV, as it pans out, is not only quick and wide in its coverage, but has also widened its source of advertising dollar. The vision, clearly, is television.