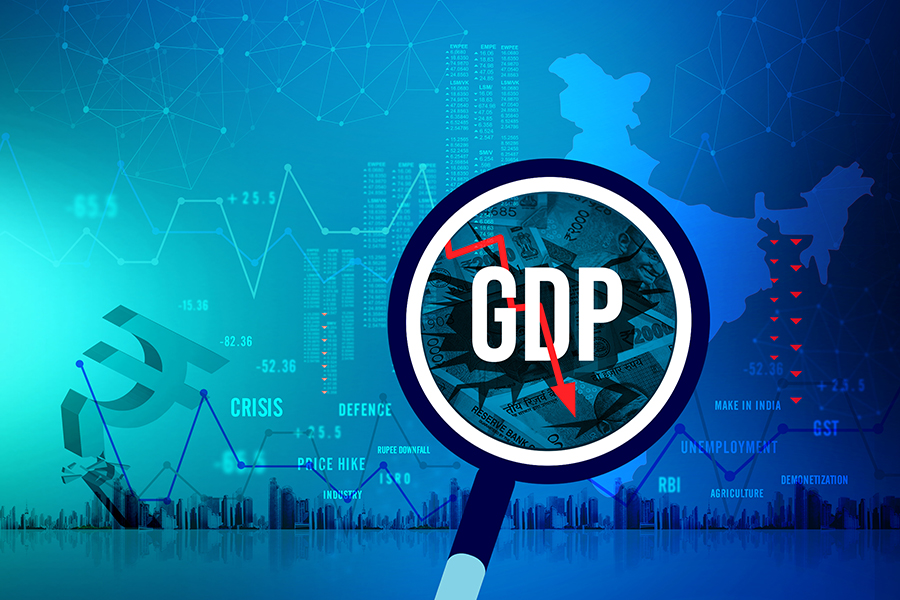 GDP numbers for the June quarter showed growth had contracted 23.9 percent as a nationwide lockdown to slow the spread of the Covid-19 pandemic took its toll on manufacturing and services activity. The keenly awaited numbers pointed to a slow recovery as the number of cases has risen every week since the pandemic began. The numbers are the worst among G20 nations and came after March quarter numbers, which at 3.1 percent, were the worst in eight years. Among the G20 nations, the United Kingdom so far had the largest decline with growth, declining 21.7 percent in the June quarter. With inflation numbers for April and May still tentative on account of insufficient data, it is likely that the GDP deflator would be revised, resulting in growth numbers moving further downwards. 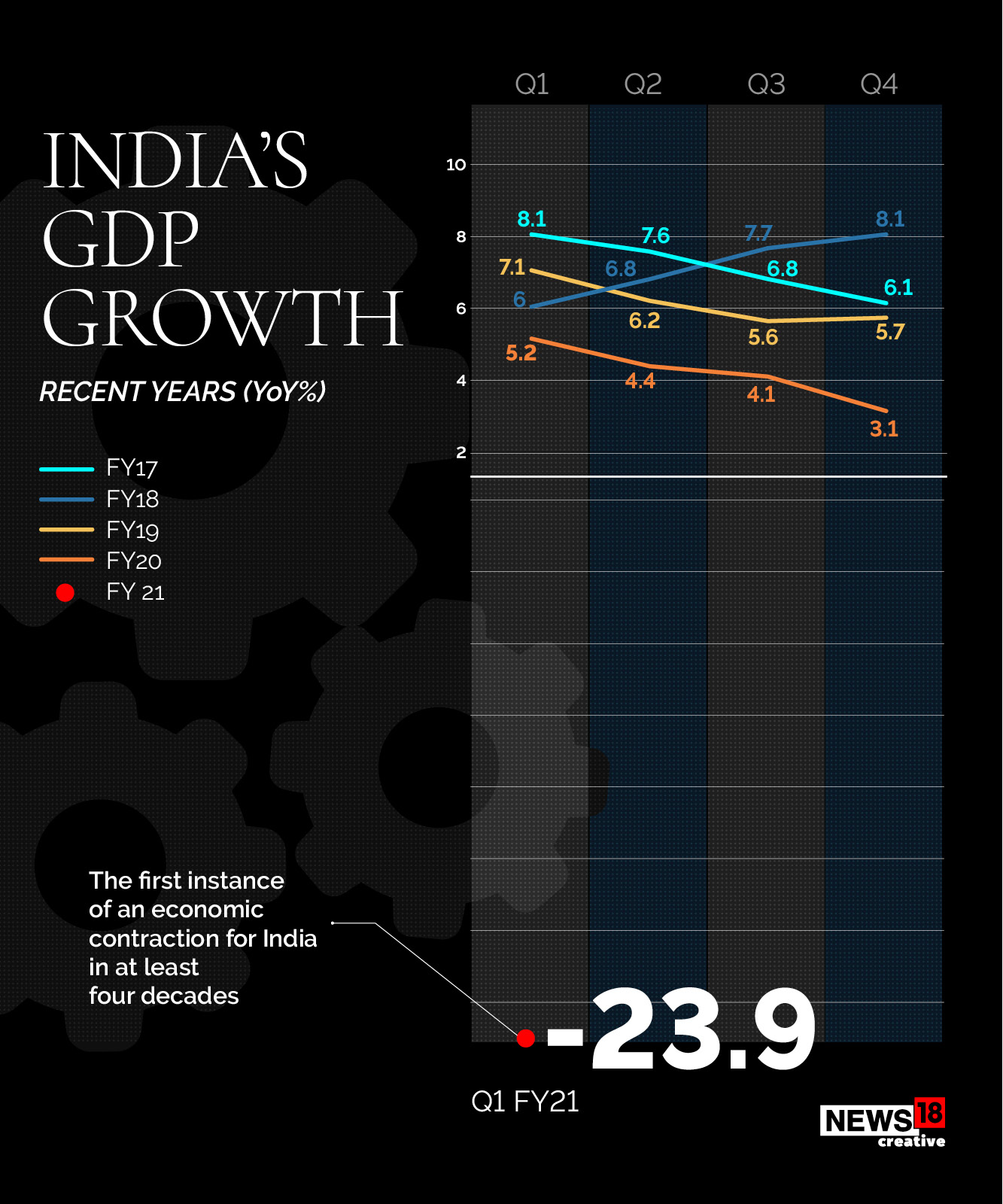 The biggest declines were seen in manufacturing, construction and trade, according to data released by the National Statistical Office. They saw a decline of 39.3 percent, 50.3 percent and 47 percent respectively. Core sector numbers for July showed a decline of 9.6 percent pointing to continued weakness in manufacturing activity. “The recovery looks more measured than what we anticipated three months ago. We expect a full year contraction of eight percent,” said Rahul Bajoria, chief India economist, Barclays. Agriculture registered a growth of 3.4 percent as the lockdown excluding activities related to farming and allied activities.

The weak economic data is likely to further call for a fiscal stimulus to an economy that was already reeling from a growth slowdown before the Covid-19 pandemic hit. So far, the government has been careful to loosen its purse strings. Most of the Rs20,00,000 crore stimulus it announced was in the form of loan guarantees. It has, however, hinted that once the pandemic is under control, it could come up with a further stimulus. Most worrying has been the decline in private consumption spending, which fell 54.3 percent in the first quarter, as there were few avenues for consumers to spend. With consumption spending accounting for two-thirds of growth, it remains to be seen whether catch-up spending can pick up the slack in the next three quarters. Sameer Narang, chief economist at Bank Of Baroda believes that with incomes under stress, consumers will use existing assets longer. He points to the US, where the average age of a car has increased from seven to 12 years in the past decade. For now, economists are watching leading indicators to see if a recovery in July and August was due to pent up demand. Tractor, two-wheeler sales and consumer goods sold in rural areas have done particularly well. Kharif sowing is up 19 percent. With a good monsoon it is likely that rural growth continues. Investment demand has been comatose resulting in 5.5 percent increase in bank credit growth in the fortnight ended August 14. Growth in the next three quarters will be reliant on a rapid pick up in services and manufacturing.