The current quarter will see a much sharper decline in growth, say economists 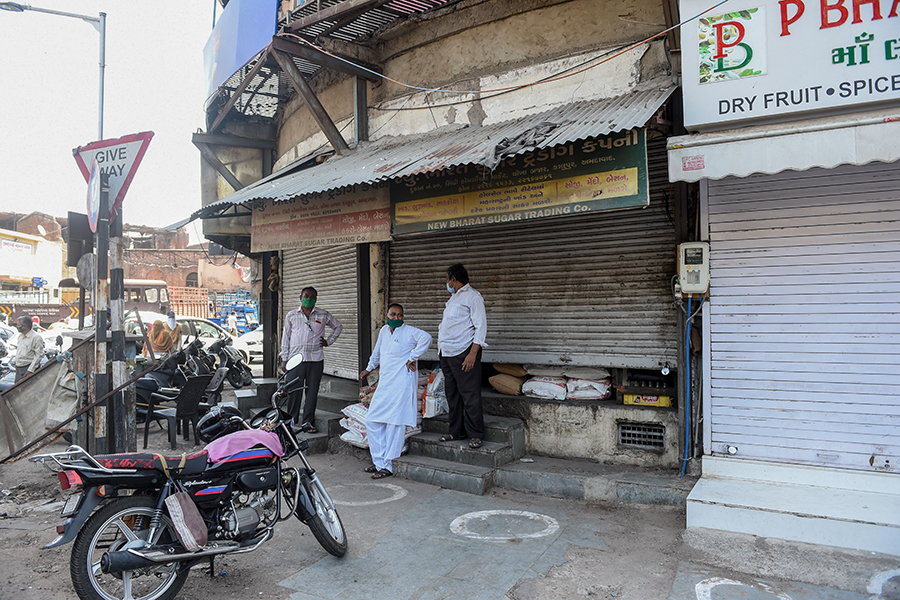 The pace of growth for India’s economy slackened sharply in the quarter ended March, data showed Friday evening, with Q4FY20 GDP growth for India pegged at 3.1 percent, its lowest in 44 quarters (since Q4FY2009).

Construction, real estate and manufacturing growth all decelerated, dragging the figure well below the Q4FY19 figure of 5.8 percent. Growth for the full fiscal year FY20 fell to 4.2 percent against 6.1 percent for FY19, data from the central statistical office showed. Data for the previous three quarters—April to June, July to September and October to December 2019—were all revised downwards.

Most economists were, however, expecting the March quarter GDP figure to be lower, in the range of 1.4 to 3.4 percent. “Higher-than-expected growth in Q4FY2020 should not be viewed with relief, as this data is constrained by the availability of earnings in many sectors, and is thus subject to considerable downward revision at a later stage in our view, especially for manufacturing and construction,” says Aditi Nayar, principal economist at ratings firm ICRA. What is becoming clear at this stage is that economists forecast growth for the current April to June quarter—when economic activity was largely at a standstill due to the nationwide lockdown—is likely to be sharply lower. Most economists have pegged degrowth in the June-ending quarter by anywhere between 20 to 45 percent compared to the March-ended quarter. The RBI governor Shaktikanta Das has said that GDP growth in FY21 will be in “negative territory” but has declined to give an exact number. India has already shown weak manufacturing and services PMI data in this month. Friday’s GDP data showed a deceleration in industrial production, sale of commercial vehicles and construction, besides fuel consumption, and tourism. Growth was positive for the mining (up at 5.2 percent against 3.3 percent in the previous quarter) and agriculture sectors (up 5.9 percent compared to 3.6 percent in the previous quarter) “The direction is right [downwards] but the magnitude will be deeper,” says Rahul Bajoria, chief India economist at Barclays. But there are a few silver linings: as parts of India—in the green and orange zones—have started to resume business activity, there has been a small pickup in power consumption, fuel consumption and freight activity in May, compared to that in April, Bajoria said. Hence, it is clear that the longer the extension of the lockdown for red zones, the deeper will be the impact on economic activity. The government has been discussing with various state governments on the possibility of the lifting of the lockdown on May 31. In the past three months, besides discretionary activity, sectors that are part of the global supply chain and/or dependent on other Asian economies including China—mobile phones, auto components and consumer goods—have all seen a disruption in supplies from China forcing them to curtail production. Stocks of a range of companies such as multiplex operator PVR and retailer Aditya Birla Fashion and Future Retail and state-owned banks such as Bank of Baroda have been amongst the hardest hit in recent weeks.

Tweets by @forbesindia
Powerhouse Iranian producer Kambiz Babaee is coming to Hollywood
FaceTime with Pamela Anderson, from her Garden of Eden