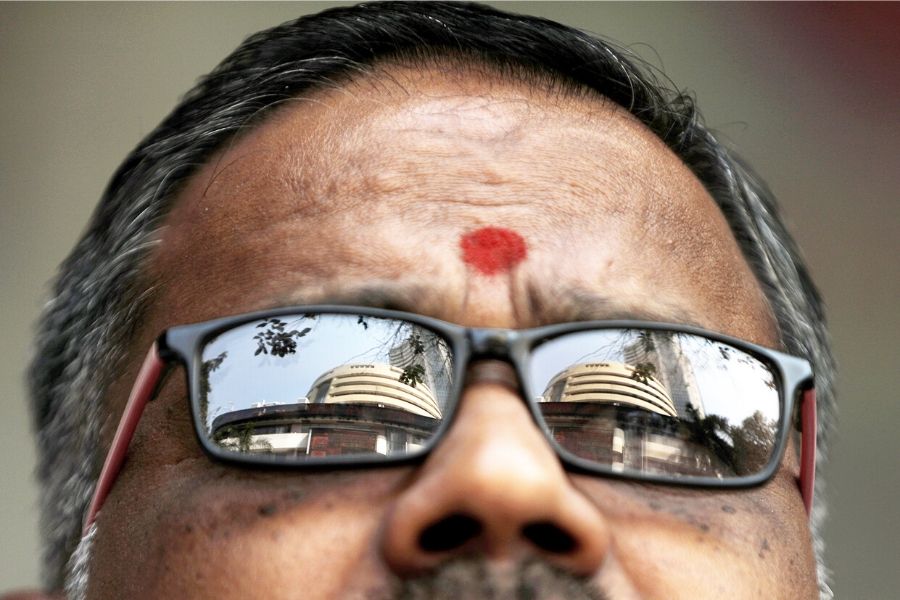 In March, investors in Indian equities brushed off the 34 percent fall in the Nifty. After all markets were down globally. India was only tracking that trend. At that point they believed a nationwide lockdown announced on March 24 had the potential to stop the Covid-19 virus from spreading. As office workers returned and factories restarted production by mid-May companies would get by with just a temporary cut in earnings. The only part of the economy they were skeptical about were banks and finance companies. A three-month moratorium on loan repayments had the potential to significantly reduce their interest income.  As a result, the fall in March was met with an equally ferocious rally in April with the Nifty gaining 29 percent from its March 24 low. Once again this snap back rally was global. But in hindsight while valuations across most markets recovered India’s would prove to be a dead cat bounce. Fast forward to mid-May and India’s markets have trailed their global peers. In dollar terms, the Nifty is down 30 percent compared to a 15 percent fall on the MSCI Emerging Markets Index, which tracks the performance of large and mid cap stocks in 24 markets including Brazil, South Africa and Russia. As India has seen the number of infections rise to 158,000 on May 28, investors have prepared themselves for a long slow grind ahead in both the markets and the economy. Forecasting models have predicted -0.2 to -5 percent GDP growth for FY21.

“There is genuine concern that unless the number of cases stabilises we will be unable to open up the economy meaningfully. The piecemeal lifting of the lockdown is unlikely to get business going,” says a fund manager who invests on behalf of foreign clients. He declined to be quoted citing company policy. But the lockdown apart, the Indian market faces its own unique set of challenges. Unlike, say, the US market where technology stocks have been responsible for a disproportionate share of profit growth in the last decade, in India it has been banks and consumer companies that led the trend. While technology companies can only get stronger as people spend more time working from home and ordering on ecommerce sites, India’s market leaders are on track to see their businesses shrink on account of the lockdown. At about 9000, the Nifty is already trading at over 18 times the most optimistic estimate for FY21 earnings. Gautam Duggad, head of research, institutional equities at Motilal Oswal says that their target for FY20 Nifty earnings is `475 and he doesn’t expect that number to move up for FY21. A likely decline in FY21 earnings would make the Nifty more expensive, opening the scope for another fall. Second, private banks and financiers make up around 35 percent of the Nifty market cap. With an extension of the loan moratorium to six months, analysts have found it difficult to estimate the impact on their earnings. In the last month, there has also been news of salary cuts and job losses making it even harder to estimate what percentage of loans will have to be written off. A decline in bank profitability would have a disproportionate impact on Nifty earnings. What’s clear is that this market fall brought about by the Covid-19 virus is likely to result in a change in market leadership. Just as the fall in 2000 gave way to the move from IT stocks to a broader rally led by infrastructure stocks, the 2008 fall gave way to a consumer and financial-led rally. For now investors are looking for clues on what could lead the next rally. The virus and the market
In February, Indian markets had seen five years of tepid earnings growth and rising valuations. Between May 2014 and February 2020, the earnings multiple of the Nifty had risen from 17 times to 26 times. During this period, midcaps had seen a sharper rally till they started falling from January 2018. A large part of the rally had been the explosion in India’s consumer economy. “Everything on the asset side (the consumer businesses) and the liability side (the financiers) had done well. Essentially, investors were playing two sides of the same consumer story,” says Kenneth Andrade, founder and chief investment officer at Old Bridge Capital. These businesses held up valuations and powered profitability for the economy over the last decade. As Indian consumers took on more leverage, the savings rate fell from 31 percent in 2008-09 to 17 percent in 2018-19. Clearly incomes hadn’t kept up with rising consumption. But as long as the financiers were able to borrow and lend to creditworthy (salaried) borrowers they were able to show strong profit growth. That trade came unstuck with the onset of Covid-19 virus as news of pay cuts and job losses trickled in. Investors realised that consumers would struggle to repay the loans they’d taken. “When incomes are suspect no one wants to leverage them and the banks would have to contend with bad loans,” says Andrade. Unlike other markets that are dependent on a broader set of sectors for earnings, India’s has in the last five years been overly dependent on the consumer economy. This collapse in the economy has set the stage for new leadership to emerge. In the interim as it is likely that the market posts 12-18 months of indifferent returns and the period can be a messy one for investors. S Naren, chief investment officer of ICICI Prudential Mutual Funds points out that apart from ‘quality’ stocks, “everything else is cheap and comfortably so”. All investors need to do is wait for a trigger for valuations to move up. In the past, triggers were linked to the business cycle. What’s complicating matters this time is that the trigger is non-economic and depends on the trajectory of the virus. Based on the information shared by medical experts, the disruption can last as long as the next 18 months as the virus infects a substantial number of people and herd immunity develops. “The trigger is likely to play out in the next 18 months,” says Naren. (There is also more optimistic forecast that the disruption is much shorter but forecasters are not putting it down in their base case scenarios.)  All fund managers admit that there is little point in predicting earnings for FY21. An economic shock is usually succeeded by a sharp bounce back in earnings. In this case FY22 earnings could look a lot better but it would be wrong to assume that they are the norm. What’s important is to look for sectors that could lead the next rally. Change in leadership
The most hotly debated question in the market is whether consumer and financial stocks will regain their leadership, or whether a new set of businesses will take their place. What is also clear from past history is that the stocks of an outperforming sector that has been in favour usually tend to give subpar returns. For instance, excluding the dividends Infosys returned 9.1 percent a year between 2000 and 2010. Larsen and Toubro returned 3.4 percent excluding dividends between 2008 and 2018.

The immediate aftermath of a sector losing favour results in investors moving on to one that has been out of favour but has the potential to take over. It usually takes eight to ten quarters for a clear answer to emerge but it is likely that quality stocks may end up giving a fixed deposit type of return at best. Duggad of Motilal Oswal points to pharma and telecom as likely bets. In the April rally pharma regained about 2 percent market cap on the Nifty moving from 1.5 to 3.5 percent. But the world over pharma companies are being pressured to cut prices and it’s uncertain whether the businesses can grow their profit pool the way they did between 1995 and 2012. Telecom is another mature industry and Andrade points out that while telecom ARPUs may appear low, but adjusted on a PPP basis they are pretty comparable to tariffs in the developed world. He points to businesses that can take part in the global supply chain as having the potential to lead. Specialty chemicals and pharma companies that manufacture for the global supply chain have outperformed in the last five years. In addition beaten down businesses like power or real estate that is seeing a consolidation among well-capitalized developers may emerge as surprise picks. The next cycle will also have to see investors contend with the lowest interest rate regime India has ever seen. That would result in a higher multiple but yield-seeking investors would also look to play value stocks and sustainable dividend stories that were overlooked in the last cycle. “If you put yourself in the shoes of an investor who is getting a negative return on their bond investments, a stock with sustainable earnings and a two percent dividend yield with a five percent capital appreciation would look like a good bet to them,” says Rajeev Thakkar, chief investment officer at PPFAS, a mutual fund. In effect, while looking for value buys investors shouldn’t ignore sustainable growth stories that periodically return cash to their shareholders.

Tweets by @forbesindia
Bringing big ideas to life
Ep. 16. Adithi Rao, Candida Louis: What it's like for a woman to ride through India