Ahmedabad is a hub of big, midsized and small pharmaceutical companies and the government has asked companies to operate with 30 percent manpower 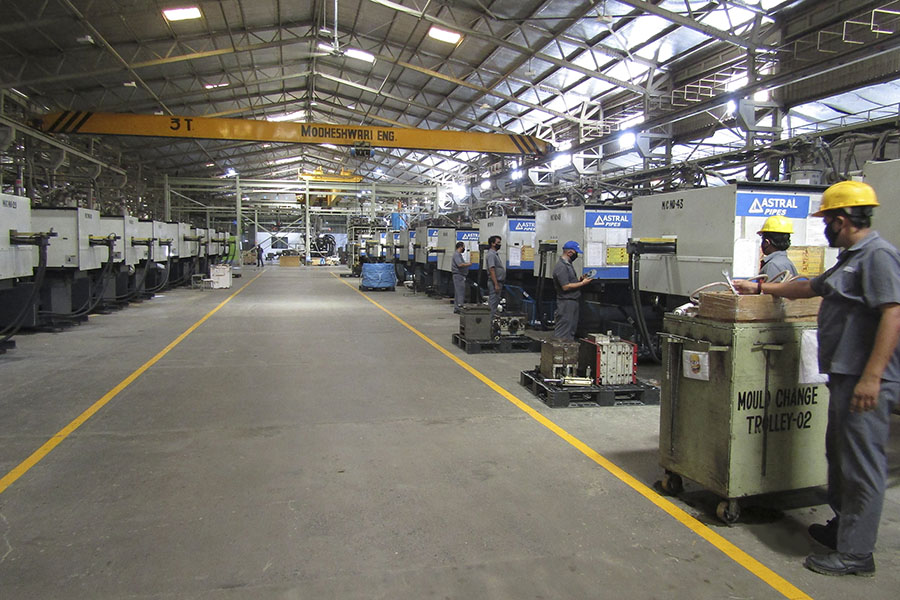 India's leading business cities continue to register spikes in coronavirus cases. In a series, we look at what they can do to set their wheels of socio-economic activity back in motion. Read about restarting Mumbai here

An eerie silence grips the streets of Ahmedabad. As the city grapples with the coronavirus—the erstwhile capital of Gujarat has seen 7,171 cases and 479 deaths as of May 15—fear among people looms large. On May 6, the Gujarat government imposed a curfew in Ahmedabad and Surat. Municipal commissioner Mukesh Kumar, who took charge on May 5, said all shops, including those selling groceries, fruits and vegetables, will remain closed till May 15 to minimise human contact. The decision was taken after several vegetable vendors tested positive for the virus. With only medical stores and milk outlets open, citizens panicked and hoarded groceries and vegetables before life in the two cities came to a standstill.

In an earlier interview with Forbes India, Vijay Nehra, then Ahmedabad’s municipal commissioner, who is now quarantined at home for 14 days, said the authorities are implementing a 3S strategy: Super spreaders, senior citizens and slum areas as the focus. On May 10, over 300 coronavirus “super spreaders” were found in Ahmedabad. They had transmitted the virus to several people that included vegetable vendors, grocery and milk shop owners, and garbage collectors. Nearly 14,000 of them will be tested and given “health cards” before allowing them to commence business.

RS Sodhi, managing director of Amul, says the lockdown had a bearing on milk supplies initially, but the situation improved gradually. “When the first lockdown was announced in March, a lot of restaurants and hotels stopped operating… they were our regular clients who consumed many products from us, majorly milk. We saw a 15 percent dip in business. But gradually the supplies increased and came to pre-lockdown levels since people started consuming more dairy products at home,” he says.

Initially, the Gujarat Co-operative Milk Marketing Federation, popularly known as Amul, faced issues with inter-state transport and supply of packaging material. These were eventually sorted with the help of state and central government authorities. “Out of 250 lakh litres of milk, we’re getting 35 lakh litres of extra milk per day now. Sale of cheese, paneer and buttermilk has increased by 50 percent. Our ice cream sale was down by 95 percent in the beginning, but now it’s at 65 percent,” adds Sodhi, who circulated a video message, urging consumers to refrain from panic-buying and assuring them that there won’t be a shortage of milk.

Almost two months after its first coronavirus case on March 19, Gujarat has the most number of cases and deaths in the country after Maharashtra. It also has the second highest case-casualty ratio after West Bengal. Most of the cases have been reported from the Walled City areas, including Jamalpur, Shahpur, Dariapur and Khadia. The four wards are among the 10 red zones in the area.

Apart from the curfew to arrest the spread of the virus, the Gujarat government has also deployed Border Security Force and Central Industrial Security Force personnel in containment zones. Dr Tushar Patel, a pulmonologist who has been dealing with Covid-19 patients at civic hospitals, says, “One of the reasons why the toll is increasing is because most of the patients come late… by that time, the situation has worsened. Also, in Ahmedabad, a lot of people suffer from diabetes and hypertension which further deteriorates a patient’s condition.”

Ahmedabad is a hub of big, mid-sized and small pharmaceutical companies and the government has asked companies to operate with 30 percent manpower. “As soon as some relaxations were allowed after the first lockdown, we started getting permission to resume work in our factories,” says Sandeep Engineer, founder of Astral Pipes. “We started our plant slowly and steadily with limited number of people as specified in the approval. The sales are not great, but that’s expected. We have started fulfilling our orders. All our plants across India are operational.”

Some of the labourers working with Astral have left for their villages, and the company has made necessary arrangements for those who have stayed back. “The government has allowed us to work with only 30 percent staff, so we call our workers in shifts and as per work requirements. Both our plants are on the outskirts, so they do not come to the city,” says Engineer.

Astral has plants across India which is an advantage because certain products can be produced at different places if there’s a labour shortage in Gujarat. “Companies with presence across India will face less issues and business will not be impacted as much. Also, nowadays companies who have a rural focus will be the real winner. Our focus is on rural. Companies who are good with rural marketing in smaller towns and villages will do better than those that are present in bigger cities,” says Engineer. “I hope things open up slowly. We will have to be brave, live with this and move ahead. At the same time, our medical system needs to be stronger. We will have to run businesses, else new problems will start arising. We will have to live with the new normal and take it positively.”

Pharmaceutical companies are also taking safety precautions and maintaining social distancing. Yet, one of the largest pharma companies in Ahmedabad had to shut down its formulations manufacturing plant. Twenty-six employees of Cadila Pharmaceuticals tested positive at their Dholka manufacturing facility on May 6 after which 95 staffers had to be quarantined. “When they discovered the cases, they did not report them. This is one of the major errors due to which the entire unit had to be shut. The pharmaceutical industry in India is running successfully because of stringent measures taken from entry to exit, disinfecting, following social distancing, masking and sanitising. You cannot afford to make errors like these…based on the media reports, I don’t think the situation at Cadila was managed correctly,” says Sunil Parekh, member of the National Executive Committee of Federation of Indian Chambers of Commerce and Industry. Cadila Pharmaceuticals did not respond to Forbes India's queries.

Professor Chirantan Chatterjee of IIM-Ahmedabad explains where the city is lagging in terms of testing and proactive structural planning. “There were a couple of cases in our campus, but the municipality officials did not conduct tests. They said they would observe for seven days first. I understand we are a resource-constrained country. But there are several options that one can employ economically, while not foregoing the financial implications to test the population. Yet I see some policy decisions to avoid doing that because the numbers may look bad… it is certainly going to come back to bite Ahmedabad and Gujarat. In three months, we will be in deep trouble. Everybody should face the reality and test, trace and isolate aggressively. My recommendation continues to be to listen to what Dr [Anthony] Fauci is saying in the US and not suffer from a prevention paradox, hence adopting and extending intelligent lockdowns,” he says.