5 barriers to diversity and inclusion

Darden Professors Laura Morgan Roberts and Martin N. Davidson, experts in diversity and inclusion, shed light on some of the crucial barriers facing individuals and organizations 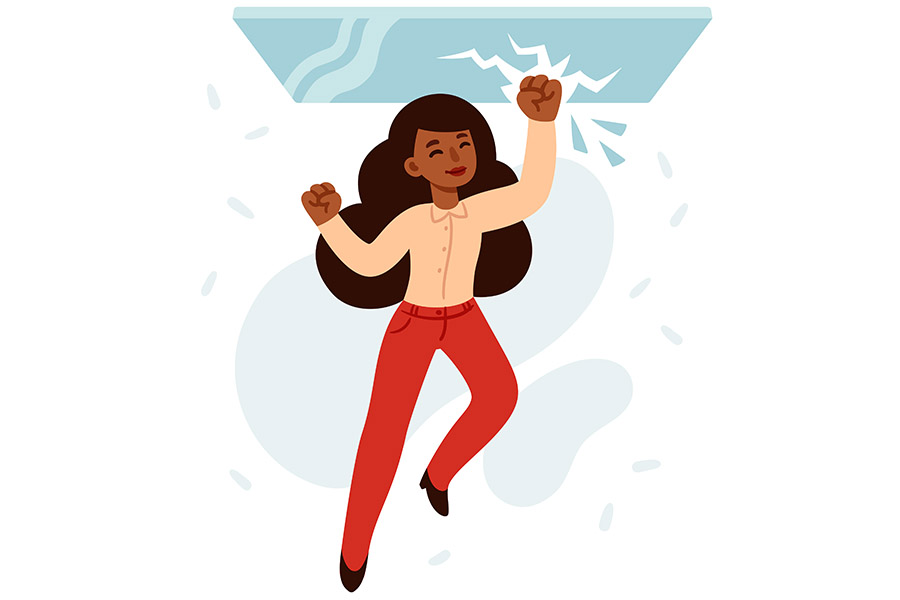 Corporations and businesses are still lagging hard behind the pace of this change. Image: Shutterstock

There is no doubt that organizations have made strides toward greater diversity in the past decades. Between 1999 and 2019, the number of people of color in American workplaces grew by 26 percent.1  And for women, the trajectory is also trending upward. Statista and others report a solid growth in female leadership across politics and business, while in 2022 the number of female CEOs of Fortune 500 companies reached a record high of 44 women in the role of CEO.

But inequalities remain. And they are systemic. Studies reveal a slew of depressing statistics, among them:

The argument in favor of diversity and inclusion is robust. The benefits are clear. As our populations change, diverse groups of talent are emerging, and they are emerging fast. However, corporations and businesses are still lagging hard behind the pace of this change.

So what’s holding us back?

Darden Professors Laura Morgan Roberts and Martin N. Davidson, experts in diversity and inclusion, shed light on some of the crucial barriers facing individuals and organizations.

BARRIER NO. 1: The identity regulation barrier

The overwhelming majority of leaders in the overwhelming majority of organizations in the U.S. and around the globe belong to a specific cohort. That cohort happens to be male and white. One recent report shows that of the 38,708 chief executive officers currently employed in the United States, 68.5 percent are men and 81 percent are white.6  Historically we associate leadership with this narrow demographic, says Roberts. For aspiring leaders or influencers from more diverse backgrounds, this is problematic.

“For you, access or advancement within an organization could be contingent on adapting in some way or being assimilated into the dominant culture, instead of being a driver for change from the inside,” she says.

BARRIER NO. 2: The authority barrier

Some individuals, such as former Xerox Chief Executive Ursula Burns, are able overcome the identity barrier and leverage their minority status and authenticity in creative, boundary-breaking ways. But even then they face the challenge of mobilizing others to follow them and align around their leadership.Also read: Corporate leadership, diversity & inclusion

“Leaders who deviate from the norm face more challenges from others in terms of respecting the brilliance and contribution that they bring,” says Roberts. “And that reveals something unsettling about how hard it is to shift power dynamics — not just in workplaces but in the broader societal context.”

BARRIER NO. 3: The things-are-working-well-for-me barrier

Those in power are in a place of agency and privilege, says Davidson. And for these leaders, there is less of an imperative to explore those parts of themselves or their organization that might need to change.

“Systemic change only happens when you see the whole picture of your impact,” Davidson says. “There’s never any incentive to change unless you understand the cost of the status quo. And that cost might not only be keeping other people out, but diminishing your ability and the ability of your organization to be your best and accomplish more.” The onus therefore falls on leaders to interrogate themselves, he says, to understand the cost of privilege.Also read: 6 ways how diversity, equity, and inclusion act as powerful enablers of business performance

BARRIER NO. 4: The inertia barrier

Change of any kind is hard. It’s hard to change the fundamental fabric, the processes, systems and the culture of an organization, even when there’s a will. The challenge here is to stop doing the same thing and expecting a different result, says Davidson.

“Beneath the surface in any organization, you will often find institutional barriers — biases — that stymie change,” he says. “Beyond that there may be a lack of engagement from leaders or middle management that get in the way.” Rooting out inertia, inequities and an inability to change can be complex because leaders and organizations are typically unaware they exist.

BARRIER NO. 5: The motivation barrier

Another critical barrier relates to motivation. There is a danger in firms valuing diversity for the wrong reasons. Minority employees are at risk of becoming objectified or commodified in terms of how they tick certain boxes or help boost organizational performance, says Davidson.Also read: Psychological safety unlocks the potential of diverse teams“The most important question to answer when it comes to making diversity work should not be: How many people of color or women do we have?” he says. “Instead, it should be: What differences will help us achieve our larger goals, mission and purpose?”

The preceding is drawn from the white paper Diversity, Equity, Inclusion and 5 Things You Can Do to Normalize DEI in Your Organization. In a future post, Darden faculty members will address practical techniques for normalizing DEI in organizations.