The growth of SPACs in the US has drawn the attention of the world. The stock exchanges around the world have also rushed to develop their own SPAC frameworks to attract new companies 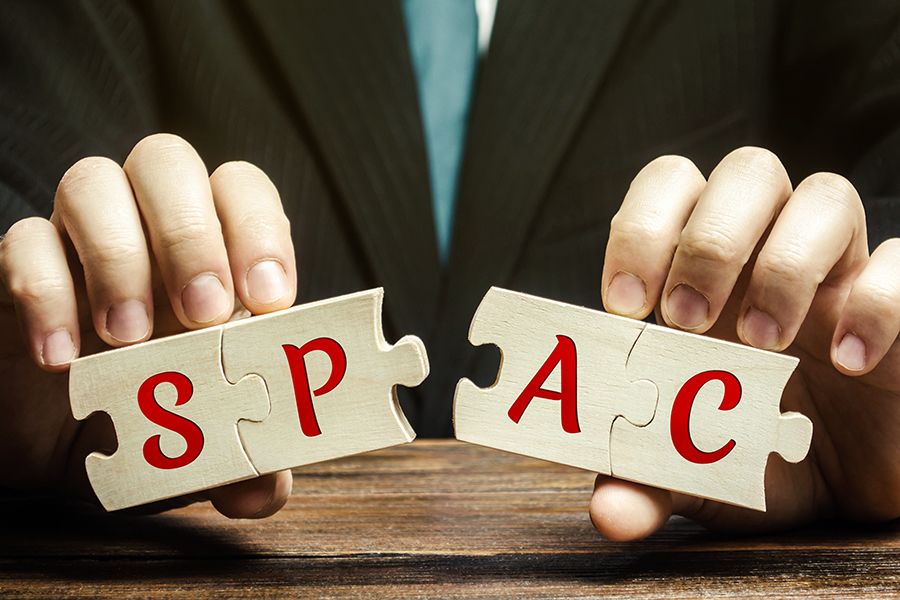 In the US, there are three main methods by which a private company can become a public company -  the traditional Initial Public Offering (IPO) method, the direct listing method, or the method of merger with a Special Purpose Acquisition Company (SPAC).

SPACs have been around in the US since 1990s but surged in popularity only in the last few years. In 2020, SPAC IPOs raised more capital than traditional IPOs for the first time. In 2021, the SPACs rally gained further momentum and the capital raised in the first quarter itself surpassed the total of 2020. However, there has been a slowdown in the SPAC IPOs since then.

The SPAC process consists of two main steps. In step 1, the SPAC is created by a sponsor. It conducts an IPO by selling units, consisting of shares and warrants, to investors and gets listed on a stock exchange. The SPAC does not have any underlying operating business, therefore it is commonly referred to as a ‘blank check company’ or a ‘shell company’. After the IPO, the units start trading on the exchange. Some days later, the shares and warrants start trading separately with their own ticker symbols. In step 2, the SPAC completes a merger with a private company. The objective of the merger is to make the private company a public company. Therefore, the merged company assumes the identity of the acquired company and its ticker symbol is changed accordingly. For example, Altimeter Growth Capital was a SPAC listed on NASDAQ and its shares used to trade under the ticker symbol AGC. After AGC acquired Grab, the merged company became known as Grab and the company trades under the ticker symbol GRAB.

Once a SPAC is formed, it has two years to find a target company and complete the merger. The time limit may be extended with the approval of SPAC shareholders. The SPAC sponsors receive some equity, that is often equal to 20-25% of the total equity issued in the IPO, at a very nominal price. However, the sponsors will benefit from these shares only if a merger is completed. If the SPAC is not able to complete a merger, it must return the IPO proceeds to its shareholders on a pro rata basis after deducting some fees and expenses. In this case, the sponsor shares become worthless. Therefore, the sponsors have a strong incentive to find a target company and complete a merger. The sponsor may also create another entity, called PIPE (private investment in public equity) that may provide additional capital by raising money mainly from institutional investors.

The SPAC method has some clear advantages over the traditional IPO method. The most significant advantage is the speed and certainty of deal completion. While a traditional IPO process may take more than one year to complete, an SPAC deal is generally completed within six months after identifying the target company. In a traditional IPO method, the private company is looking for potential investors to buy its shares. In the SPAC method, money has already been raised by the SPAC and the deal completion is almost certain after the initial agreement between the SPAC and the target company. Another major advantage of the SPAC method, at least in the US, is that the regulations governing the SPAC merger are generally less onerous than those governing traditional IPOs. For example, the SPACs can make forward-looking statements in their regulatory filings. However, the surge in SPAC mergers has drawn the scrutiny of regulators, thus some of these regulatory advantages may be curtailed in future.

SPACs also have certain disadvantages. As discussed earlier, the sponsor shares will become worthless unless a merger deal with a target company is completed. Therefore, the sponsors have an incentive to complete the deal even if it is detrimental to the interests of other shareholders. Another disadvantage is the option of SPAC shareholders to redeem shares at the time of voting on merger proposal. If a significant number of shareholders redeem their shares, then the SPAC may be forced to raise additional capital from new investors.

While the SPAC rally in recent years has been spectacular, the performance of companies acquired by SPACs has not been very encouraging. If the target company is acquired at a fair value, then the share price of the company after merger should be close to $10. However, the shares of most companies that went public in the US in 2021 via SPAC merger are now trading below $10. This is in sharp contrast to the performance of the US stock market which has performed really well, with S&P500 index up more than 25% in 2021.

Another worry is that the abundance of liquidity has led to creation of too many SPACs, however good quality private companies may be in short supply. Therefore, many SPACs may not be able to find a target company while others may end up acquiring their target companies at inflated valuations.

The growth of SPACs in the US has drawn the attention of stock exchanges around the world. UK regulators have tried to reform rules regarding trading of SPACs in the latter half of 2021 to attract more SPAC listings to the London Stock Exchange. The Singapore Exchange (SGX) and Stock Exchange of Hong Kong (SEHK) developed their SPAC frameworks in 2021 and may see listing of SPACs very soon.

SPACs have created a buzz in India as well. The current regulations in India do not allow listing of SPACs on Indian exchanges. The Securities and Exchange Board of India (SEBI) is in the process of developing a framework for listing of SPACs in India. Meanwhile, some Indian companies have already taken the SPAC route to list on the US exchanges.

The pandemic may have played a big role in propelling the SPAC rally in the US. The stock exchanges around the world have also rushed to develop their own SPAC frameworks to attract new companies. As the world learns to live amidst the pandemic, it will be interesting to see whether the SPAC rally continues, or the traditional IPOs regain their glory.

Tweets by @forbesindia
Abhinav Shashank, co-founder and CEO of Innovaccer, on plans for anchoring a proactive digital health ecosystem
M&A Activity in India on a high: What has worked well and how can this rhythm be maintained By Kunal Doshi & Somrita Chatterji