Outlook's Maheshwer Peri, who is moving on to run his own company Pathfinder, tells Forbes India that niche magazines have no dearth of readership or ads 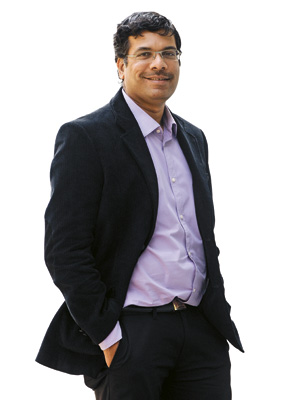 Magazine readership has been on a decline over the last few years. Magazine publishers were to launch an impact research, what is the status for it?
We presented our research findings at the recent World magazine congress held in Delhi.Look, fifteen years ago anyone could enter homes and pitch products to sell, ask people to fill up forms and be part of a research survey. Now it’s difficult to access magazine readers, salesmen can’t just ring up bells and enter homes. Hence capturing magazine reader data is very difficult by research agencies like IRS (Indian Readership Service).

If you move from the readership profile of newspaper to magazines, the SEC profile moves up. And it becomes all the more difficult to access magazine readers. This we have proved to MRUC (Media Research Users Council) and they accept it. Readership for premium magazines like Vogue, Marie Claire or People is less, because that reader profile is hard to access. How do you target the reader of a premium business magazine, for instance? [It is] very difficult for a brand/advertiser to pin down exactly that profile. Extremely difficult. Even if you know the person’s address, to enter his home or reach him is difficult. [He] certainly cannot be reached by a guy who gets paid 10,000 bucks a month and conducts research for agencies. He [the researcher] cannot approach or convince premium-profile readers to be part of the survey the agencies conduct.

So the impact of magazine survey we did (conducted by IMRB) stated magazine reader is more engaged. He enjoys the advertising in magazines as much as he enjoys the editorial, does not flip pages when it comes to adverts as he does in TV or newspapers. 15 to 20 metrics were used for the impact research. It clearly proved that magazine readers influence is higher in a supermarket for some categories, for e.g. perfumes, there is more recall and thereby influence on purchase decision.

When globally there is a downturn for magazine publishers, revenues are under pressure, why are niche magazines launching here?
If you look at Time, Businessweek, Newsweek… basically news magazine publishers then maybe yes, but if you look at Conde Nast, Hearst, Gruner + Jahr….they make pots of money even abroad. Their profitability is very high, as much as couple of billion dollars each year, clocking 18 to 20 percent profitability.

And now with FDI in single brand being opened up in India, new premium brands like Chanel perfume or watches will enter India and where do you think they would prefer advertising? Certainly magazines. They cannot afford The Times of India or any TV channels on a regular basis. And [95 percent of] newspaper readership is not useful for these brands. If these brands have just two to three outlets, they will not go to mass mediums of TV or newspaper, neither do they have exact reader profile match with them, so for them magazine advertising is the best option.

If you look at advertisers of GQ, Harpers Bazaar, Vogue, Marie Claire, tell me how much of their advertising goes anywhere else? Not even 10 percent.

But is magazine publishers business sustainable on just a few of these brands?
Each issue of these magazines I quoted has about 100 pages of advertisements, so 60 to 70 brands. Last year in Marie Claire alone we had 540 brands advertising. Marie Claire closed at a total of 1,472 pages of advertisements. So the presumption that magazines will have a problem ahead is derived by probably looking at news magazines deals of Newsweek selling out or Businessweek being sold. But same is not true for other publications.

In our market, there is still an interest for general interest magazines. I think the ad campaign magazine publishers association plan to launch soon will work on that issue. But is there a problem for magazine fraternity? No way. At Outlook Traveller we have grown year-on-year 20 percent on advert revenue.

Hasn’t Web medium challenged magazines?
It’s both opportunity and a challenge. Let’s look at education as category. Increasingly educational institutions who have limited seats will want a medium which can effectively translate adverts into admissions. So it makes sense for them to advertise in niche magazines and websites than general interest newspapers.

What challenges do you see ahead for the magazine industry?
The biggest challenge is distribution. And that’s being answered with tablets. Ten years ago, at Mumbai’s Nariman Point, there were 10 magazine vendors. Now, you have just three or four. But Outlook now sells about 4,000 issues each on tablet—both in India and abroad. So, that’s an opportunity there. With tablets, the advertiser can enable e-commerce with just a click. Digital medium is now a boon. The content on sites was free, but tablet has made it paid. But now it’s the survival of the fittest. If my content is better than others, I’ll survive. It brings back the focus to content and quality.

Tweets by @forbes_india
Letter From The Editor: Leading The World In Science
Ashok Soota, former MindTree chairman, On Self-awareness