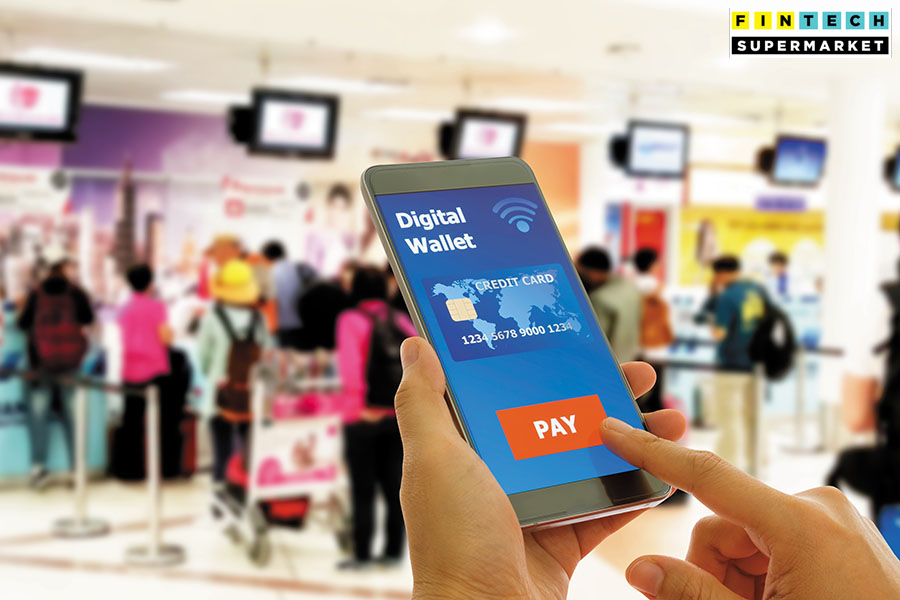 The fight against cash and cards is turning out to be an expensive affair
Image: Shutterstock

In an annual letter to Berkshire Hathaway shareholders in 2002, CEO Warren Buffett wrote, “I violated the Noah rule: Predicting rain doesn’t count; building arks does.” The billionaire was referring to the brunt borne by his company in the aftermath of the 9/11 terror attack.

India’s financial technology startups, especially those doing the whole nine yards in payments, could take a cue. A lot of blood, sweat and money has gone into evangelising digital payments. It began with wallets and burning hundreds of millions of dollars in doling out cashbacks and discounts to prod Indian consumers to look beyond cash payments. It cost several million more to get merchants, including the neighbourhood grocery store owner or tea vendor, to adopt digital payments, either by way of wallets, quick response (QR) codes or the latest, Unified Payments Interface (UPI).

The likes of Paytm, PhonePe, MobiKwik and Amazon Pay among others have led the charge with elan. And the results are telling.

The claims by PhonePe and Paytm imply that the two entities together facilitated over 80 percent of the 235.65 million UPI transactions recorded by the National Payments Corporation of India (NPCI) in July.

In the case of wallets, the bread and butter for these firms, the Reserve Bank of India (RBI) reported 326 million transactions in May. With such a formidable grip on UPI payments and wallets, these digital payment firms look invincible.

Paytm’s Abbot is aware of the gravity of the situation. “Payments is not about making money. It is a fibre that binds two parties and in turn creates confidence in the platform. All digital service providers are competing with cash. Frankly, cash is easier to use, hence, digital payments need to be as easy as cash,” he says.

The fight against cash and cards is turning out to be an expensive affair. The books don’t look good, and it is a given that investments to accelerate growth and expansion will keep them in the red for some time. Also, the legacy of payments through debit cards at point-of-sale (POS) terminals, which compete with the payment mechanisms promulgated by digital payment firms, especially in the the top 5 to 10 cities, seems to be intact.

According to the RBI, there were 39.3 million credit cards and 944 million debit cards in circulation in June. The number of card transactions at POS terminals in the month stood at about 419 million, worth about ₹94,200 crore or ₹2,247 per transaction.

Also, in digital payments, especially UPI, increasing audience does not necessarily mean monetisation. Peer to peer (P2P) payments in UPI are currently free for users. Payment companies, however, take a share of the transaction value in peer to merchant payments (P2M), but those numbers are still small. Paytm and PhonePe did not reveal what share of their transactions are P2P and P2M, but industry executives believe about three-fourth of the overall UPI payments are P2P.

Living on hope
The wallets are cash guzzlers as well, thriving on hefty cashbacks. The hope is that someday cashbacks will stop and UPI will not be free. “There is scope in the future, but that doesn’t absolve us of the fact that we have to live in the present,” says the founder of a fintech startup on condition of anonymity.

“Hopefully, we will build a platform which allows you to go into adjacent markets. Only payments won’t survive because the fees will keep reducing. You won’t make enough money. It is a race to the bottom,” says Sampad Swain, co-founder and CEO at Instamojo, which started out as a payments service provider for small merchants, but has now added logistics, advertisement services and credit.

Financial technology companies are sitting on gallons of, what Reliance Industries chairman Mukesh Ambani calls the new oil, data. For a consistent user of their platform, these companies know everything from earning to spending patterns—learnings that help them flesh out new use cases and emerge as the so-called super apps, which have multiple services bundled into one.

“The strategy is to land and expand. Whichever segment they land up in, they will figure out adjacent revenue pools to expand into. They will figure out what are the adjacent needs of merchants and consumers. It could be credit for merchants, personal credit for consumers or third-party distribution, be it mutual funds or insurance,” says Vivek Belgavi, partner and fintech leader at PwC India.

Avers Swain of Instamojo, “Over the next decade, financial technology startups will look a lot like banks and vice versa.”

The firms are already casting their net as wide as possible. Take for instance Paytm, which started out as a utility payments company that went on to add all sorts of travel and entertainment ticket booking. It then rolled out a payments bank which, according to the RBI, had issued 41 million debit cards till June. The total number of transactions with these debit cards across ATMs and POS terminals, however, stood at about 2 million. It already sells insurance and digital gold, and a wealth management product called Paytm Money that will enable purchase of mutual funds online is on the anvil. Paytm claims to have brought on board approximately 7 million offline merchants. “We give these merchants working capital loans and insurance among other things… hopefully we will start making money from those products,” says Abbot.

Cross country rival PhonePe, which was bought by Flipkart in late 2016, has different ambitions. “We don’t want to be an operations-heavy company and negatively disrupt any industry. Our approach has been to not create any category or white label players, but take a branded partnership model everywhere we go,” says Nigam. 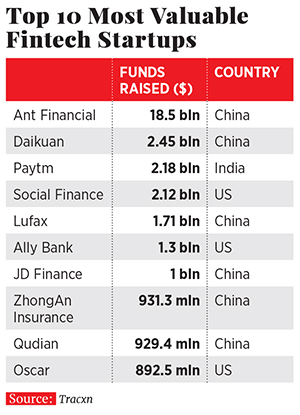 Unlike Paytm, which competes with the likes of MakeMyTrip or BookMyShow for travel and movie ticketing respectively, PhonePe has opted to open brand stores (Ola and MakeMyTrip among others) on its app. It charges the brands a payment and distribution fee. With a POS device priced at a paltry ₹500-600, PhonePe has also trained its guns on the bevy of small merchants—it already has about 3-4 lakh of them on board—who still shy away from accepting digital payments. Mutual funds and insurance are also on the anvil. “It is not a question of if, but when. We are exploring the right partners,” says Nigam.

MobiKwik, which counts Bajaj Finance as an investor, is also planning to launch consumer credit while Amazon has recently invested in the likes of SME lender Capital Float and online insurance provider Acko General Insurance to test the waters.

This seems to be straight from the playbook of Alibaba’s payments arm Ant Financial. At $150 billion, Ant Financial is the world’s most valuable financial technology firm, valued higher than Goldman Sachs ($88 billion). It operates a digital payments arm Alipay, the world’s largest money market fund and a credit rating agency. The Wall Street Journal (WSJ) in July reported that Ant Financial had 620 million active users for online payments and the firm’s transaction volume in 2017 stood at $8.8 trillion. Its Yu’e Bao money market fund had $219 billion in assets under management while it allotted credit scores to 257 million people.

Such was Ant Financial’s stranglehold over China’s financial services that “China’s banks complain Ant siphons away their deposits, causing them to pay higher interest rates, and is a factor leading them to close branches and ATMs,” says a WSJ report.

However, unlike China then, India has a robust financial services infrastructure in place. Still, there are gaping holes, for instance, in extending credit to small and medium businesses. There also exists a formidable population of unbanked people. While there are payments banks to reach the multitudes of Indians who are possibly armed with a mobile phone but no bank account, the Centre has a Jan Dhan Yojana scheme to bring every Indian under the fold of formal banking. India also has a UPI payments app launched by the government, BHIM.

“All the India stack-driven innovations such as UPI have been fairly disruptive to the core unit economics of their model. These companies had built their models in a certain way. When UPI, BBPS (Bharat Bill Payment System) became platforms, the arbitrage which these companies initially had, has gone away,” says PWC’s Belgavi. “The theory of a captive ecosystem has gone.”

Banking on digital
It’s not that the banks are sleeping. Large private sector banks, especially the likes of HDFC, ICICI, Axis, Yes Bank and Kotak Mahindra Bank among others, claim about 90 percent of their transactions are digital.

Their apps allow everything from payments and credit to investment. Essentially, they have captured the top 50-100 million prospective customers. However, financial technology startups have a golden opportunity to thrive and survive with the next 200 million, say industry observers.

“In most of the product segments, be it lending or investments or protection (insurance), there is a huge headroom or market to be addressed. What is common between the banks and startups vying for this market is that they have to create a simple product, run a low operating cost model to reach out to the wider segment,” says Arnav Gupta, analyst at Forrester Research, a global research and advisory company.

Banks and financial institutions are increasingly warming up to the idea of joining hands with startups. Says Nitin Chugh, country head (digital banking), at HDFC Bank, “When dealing with fintechs, we seek an equal partnership for both partners, it needs to augment the work the bank is doing, it must be innovative, technology-led and mobile first with new-age technology and meaningful for both parties.”

But will the collaborative mindset become combative in the years to come, as was the case with Ant Financial and Chinese banks? Time will tell. For now, it looks like more of a collaboration, especially in domains such as insurance, investments and lending, where financial technology firms are more of a distribution channel for banking and financial services products. Says Nigam of PhonePe, “Traditional players will remain at the heart of the system but a lot of experiences are going to evolve around that.”

From the looks of it, a symbiotic coexistence between the traditional and new-age businesses is what the doctor will prescribe. However, this is also a land grab. With billions of dollars at stake, the hope is somewhere, someone is building an ark.

(With inputs from Salil Panchal)