Building Birla's legacy their own way 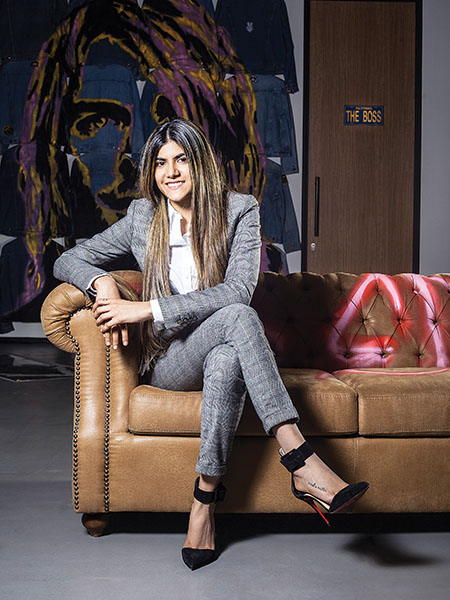 Ananya Birla, Founder, Svantantra Microfinance and CuroCarte; co-founder, Mpower
Image: Aditi Tailang
In 2015, when Ananya Birla, then a student of economics and management at Oxford University, rang her mother Neerja in India, she had more to share than the usual mother-daughter banter. She told her mother about the need to start a venture in India, which could provide awareness of, and solutions for, mental health disorders. At the time, Ananya—the eldest daughter of industrialist Kumar Mangalam Birla—was also working at a student helpline in the UK and had first-hand knowledge of anxiety and depression. This was the genesis of Mpower founded in 2016—the third venture under Ananya’s belt (after Svatantra Microfinance and CuroCarte), none of which has anything to do with the Birla business empire.

At 23, Ananya is following her own passions, rather than discussing manufacturing and accounting—common topics in the close-knit world of family-run businesses to which she belongs. Her father is India’s eighth richest man, according to the 2017 Forbes India Rich List and the fourth generation leader to helm the $10.7-billion (by revenues) cement-to-telecom empire.

Ananya—who, besides her three ventures, is well entrenched into a catharsis-inducing singing career—is not the only business scion venturing beyond the family business. She and her younger brother, cricketer Aryaman Birla, are part of a growing tribe of GenNext heirs and heiresses who have found their own calling.

Others, such as Mridula Ramesh, executive director of Sundaram Textiles, part of the TVS Group, and Rajvi Mariwala, daughter of Marico founder Harsh Mariwala, have also started ventures close to their heart.

Mridula, 43, is the founder of the Sundaram Climate Institute, which researches and educates on water, waste management and climate change, in Madurai. Rajvi, 38, started out working with her father’s firm before she was convinced that a canine behaviourist was what she wanted to be. Her association with Marico remains strong, as a director with the Mariwala Health Institute (MHI), a not-for-profit that funds work in mental health care.

“Earlier, most students pursued management studies, ready to move back to their family businesses. But now, there are more students wanting to start their own ventures,” says Lalit Sharma, a faculty member at Ahemdabad-based Entrepreneurship Development Institute of India, which provides post-graduate diplomas in business management and entrepreneurship studies. “The younger generation seeks more freedom in decision-making at the start of their careers. In some cases, they seek opportunities which appear to be more promising than their family businesses, but sometimes the frustration of having to prove oneself to family members is an issue.”

For Ananya though, explaining the premise of her entrepreneurial ideas to her parents, was not a task. Like her mother, who joined her in co-founding Mpower, her father, too, was supportive of her plans to launch a microfinance firm in 2014. At the time, the sector was in turmoil following the Andhra Pradesh crisis.

That, however, did not stop Svatantra Microfinance from expanding to eight states, where it lends to the rural poor. It has a gross loan portfolio of ₹618 crore and has disbursed ₹1,127 crore as loans since inception. “I don’t see it as helping the underprivileged or the underbanked. We are just catalysts in helping them with the funds they require,” says Ananya.

She also has plans to acquire a housing finance company, so that Svatantra can provide loans for housing and small businesses. Besides, she is exploring the next big financial technology which, in the coming years, will help Svatantra leapfrog towards a bank.

Ananya prefers not to talk much about CuroCarte, a luxury ecommerce firm started in 2016, which sources and curates handmade lifestyle products from across the globe. “It is still small; once I achieve something, I will talk about it,” is all that she says before steering the talk back to Mpower, which has 1,200 clients and has completed 10,000 therapy sessions. “This is important as dealing with mental health disorders is still a stigma in India.”

Mpower runs a centre and a foundation; the centre has a core team of psychologists, psychiatrists and therapists to treat a range of mental health issues—behavioural, occupational and speech-related. The foundation offers its services to low-income groups. “The next step would be to launch a 24x7 helpline, so that people can call anonymously and instantly for help,” says Ananya.

While these ventures bring a deep sense of satisfaction, music is Ananya’s first love. She devotes about 70 percent of her day to music. She launched her fourth album Circles earlier this month.

“Being a billionaire’s daughter is a double-edged sword. People will judge you or say things no matter what,” says Ananya. “I don’t live for others. I want to be remembered as someone who touched people’s hearts or made a difference to their lives, whether it be through Svatantra, Mpower or my music.” 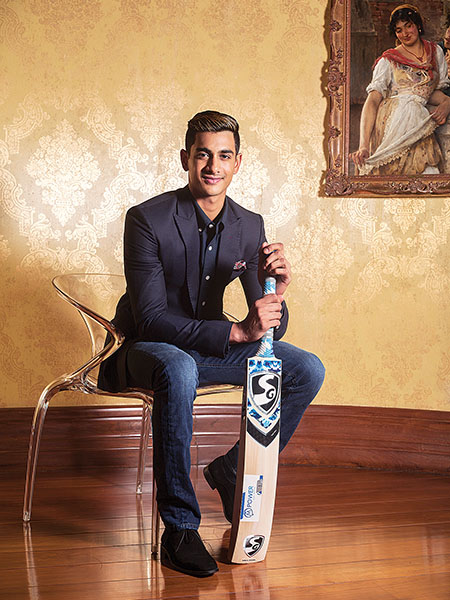 Aryaman Birla
The same individuality gleams in Ananya’s younger brother Aryaman, 20, an all-rounder for Madhya Pradesh in the state’s under-23 team. Backed by a strong performance in the Col CK Nayudu trophy in 2017-18, Aryaman was snapped up by Rajasthan Royals for ₹30 lakh in the Indian Premier League (IPL) auction held in January. 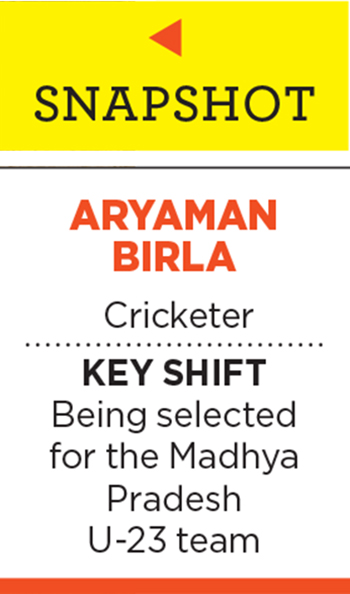 Drawn to the game at a young age, he saw no pressure from the family to do otherwise. “I had one discussion with my mother, when I was 15. She understood and followed my passion,” Aryaman tells Forbes India.

By then, he had already returned from playing under-17 club cricket for the London Schools Cricket Association in Hampstead in 2013-14. “The spark of belief came in the UK. That was the first time I felt I was good enough,” he says. There, no one knew a then thin and short Aryaman as a Birla scion, who played 15 matches in eight weeks “with success” against the under-17 teams of Essex and Somerset, among others.

After coming back to Mumbai, through a contact, he went to Rewa in Madhya Pradesh to meet a cricket official. Aryaman played at the district level and the under-19s for two seasons in 2014 and 2015 before getting a chance later for Madhya Pradesh’s under-23 team. “It was draining and I felt like an outsider,” recalls Aryaman. His big break came in the Col CK Nayudu Trophy where he scored 795 runs in six matches, with four centuries and ten wickets.

Not playing a single game in the 2018 IPL does not worry Aryaman. “I was disappointed, but I cannot keep worrying about something which is not in my control. I learnt a lot, about how to conduct myself,” he says. Aryaman is now preparing for an under-23 training camp at the National Cricket Academy later this month, followed by the domestic season in October. “There is the pressure of being a Birla and I get funny questions such as ‘Why do you have to play cricket?’ But there is a positive impact of the family name on people and society. I will carry the legacy forward in my own way,” he says.