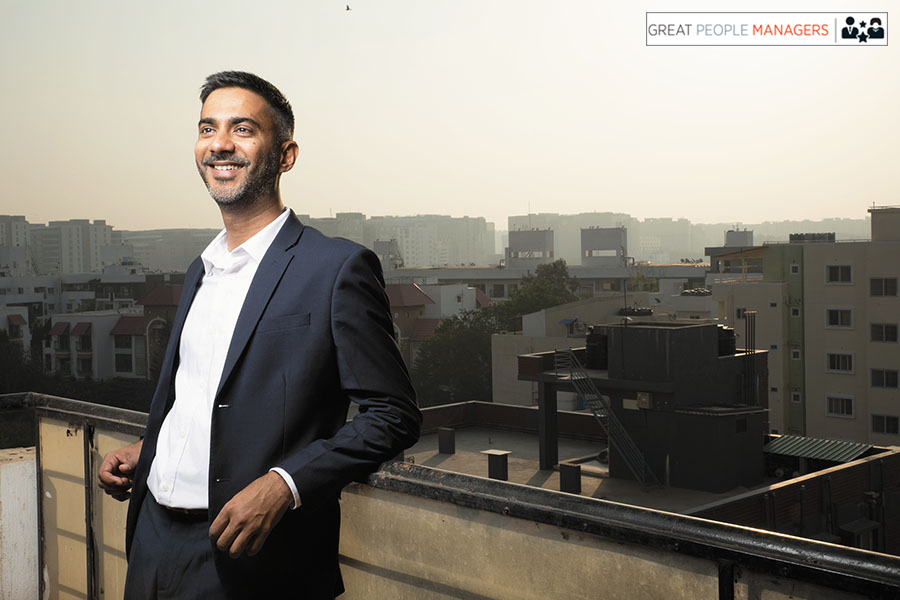 Among the first things that Satish Sundaresan, 42, did after taking over at Elektrobit India was to get a feedback mechanism in place. A feedback box was set up at its Bengaluru office and every idea logged, recorded and a copy sent to the headquarters in Germany. Over the next month a call is taken on whether to implement the idea. Within three months execution starts. “I’ll admit that initially people were apprehensive about the suggestion box. They didn’t think it would work,” says Sundaresan, managing director at Elektrobit India, who now looks back with satisfaction at the 26 months that the box has been in place. It has worked at multiple levels—from the mundane (an office dress code) to what customers the company should focus on. 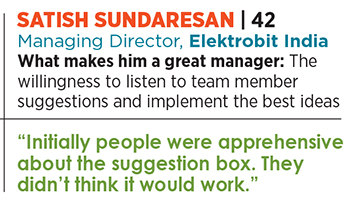 It was the feedback on customers that set Elektrobit on a different path in India. The company, which works on automotive software, initially set up an offshore development centre in Bengaluru, India. Continental AG acquired Elektrobit in 2015. From here, teams serviced overseas clients in autonomous driving and intelligent mobility. But the penny dropped for Sundaresan when an employee suggested that the company should start looking at serving Indian automotive companies as well. He initially didn’t think they’d be interested in servicing Indian customers but was pleasantly surprised with their enthusiasm. He thought they’d be interested in servicing only global clients. What he’d failed to realise was that employees found it easier to relate to Indian customers. This opened up a new line of business, and today 10 percent of revenue comes from Indian customers. About 70 percent is from engineering projects for autonomous driving, which is the mainstay of the company.

Probably the trickiest and most satisfying part of Sundaresan’s stint as a manager has been the fine balancing act that he has performed between his German bosses and the Indian subsidiary. Being fluent in German, Sundaresan was able to explain clearly what the Indian unit did. More than a labour price arbitrage, there was also the high quality of work the team did that made them win more business from customers over the years. “The fact that I could speak German helped immensely in bridging the gap with my German employers and team in India,” he says. On a personal level his managerial skills in India have resulted in greater opportunities and Sundaresan has been designated the global product lead for autonomous driving validation, heading teams of engineers based in Austria, Finland, Germany and Romania.