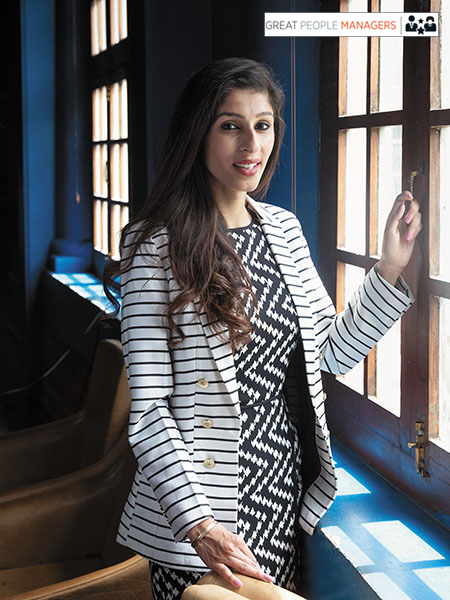 
Simarneet Wahi, at 28, is just about four years into her professional career as an insurer but she has already achieved several firsts. Working at private insurance firm HDFC Life Insurance—which is her first job—she was the first woman (and the youngest) to become a corporate sales manager (CSM) in the Bancassurance Alliances division in Delhi. This division included 16 other CSMs and three territory managers, all of whom were men.

Wahi helps drive sales and business through their back office for the entire Delhi-NCR region. She deals with HDFC Life’s “channel partners” (which include corporate agents and banks, non-banking finance companies)to tap more customers by selling insurance.

Wahi’s entry into insurance was by chance. “I was approached by Infosys through a campus placement,” says Wahi, who completed her engineering in information technology from Guru Tegh Bahadur Institute of Technology in Delhi in 2012. “But I realised this was not what I was interested in… analysing data was what I wanted to do,” she says. 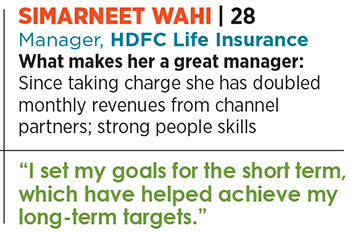 It helped that Infosys delayed issuing appointment letters, so Wahi chose not to join, took a break and then went on to complete her MBA in marketing from Delhi’s Fore School of Management in 2015. On graduating, she was approached by HDFC Life, which she first joined as a management trainee in Mumbai. She excelled here too, overachieving targets.

A family problem brought her back to Delhi in October 2016, but she continued to double monthly revenues from channel partners Indiabulls and DCB Bank in FY17. “I addressed their apprehensions by allocating specific instead of shared manpower, and strengthened relationships,” she says. This helped her get promoted to manager in July 2017.

It is not just clients who have shown confidence in Wahi. Her team in Delhi does, too, which has grown to 24 from four when she had first taken charge as a CSM in October 2016. Half her team was promoted last year.