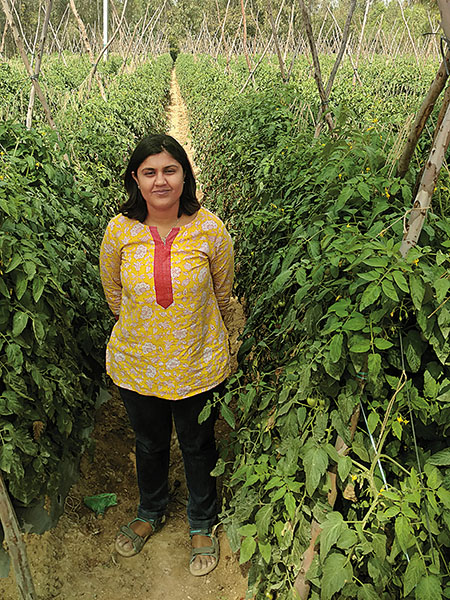 While she was studying at IIM-Bangalore in 2010, Devi Murthy came across students with a background in agriculture who sought her help to design tools for their factories. The 33-year-old had already developed products for her family business of commercial automotive components, so this was right up her alley. As more people approached her, she realised there was a gap in the market and set up Kamal Kisan in 2013.

Labour shortage is a reality in rural India and farmers bear the brunt of it. Murthy, a resident of Bengaluru, decided to reduce their dependency on labour and introduce them to tools like machines and farm equipment instead. Though India is the largest manufacturer of tractors globally, less than 2 percent of the country’s farmers use machines. Besides, over a lakh farmers give up farming every year due to lack of good technology and increasing labour costs. 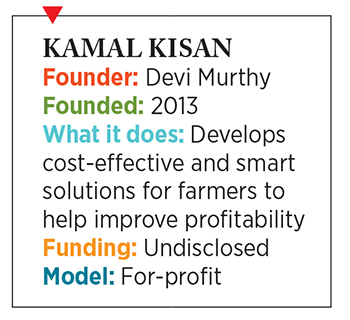 “High dependency on labour would reduce profitability and sustainability. Through Kamal Kisan’s products, we are finding ways to improve efficiency and sustainability, and get farmers back in control of their fields,” says Murthy, its founder and CEO.

The Bengaluru-headquartered Kamal Kisan has five products in its portfolio: A vegetable planter, mulch layer, raised bed maker, backpack weeder and mulch hole maker. “We are targeting horticulture growers because it’s a high-value product and adds a lot more capacity for the farmers,” explains Murthy. The products are priced between ₹2,000 (vegetable planter) and ₹50,000 (a tractor attached with bed-cum-mulch layer).

The manufacturing unit in Bengaluru assembles the products, but its spare parts are developed by SMEs.

Kamal Kisan has direct (farmers) and indirect (those who rent) beneficiaries. The rental model was set up with the help of Tata Trusts and Social Alpha, and is currently operational in Jharkhand and Andhra Pradesh.

“Tata Trusts support a couple of village youth in funding some of our equipment… then they go out and rent it, so it becomes a form of livelihood for the individual renting it. At the same time, it works as a ripple effect for us as more people find out about us,” says Murthy. Social Alpha also mentors the Kamal Kisan team whenever needed.

Kamal Kisan has competitors in the form of Dharti Agro and Agribiz. But it prides itself on the fact that its equipment is cheaper, easy to use and low-maintenance. Also, most of it has been co-developed with farmers as Murthy and her team work directly with them. “One of the reasons we are cheaper than our competitors is because we give them products catering to their needs. There is no point giving farmers heavily loaded features that they will never use,” says Murthy.

Farmers have generally been reluctant to use equipment. “They were using cheaper imported machinery, which had no post-sales services. They were left with a feeling of mistrust. We design our products in such a way that even a blacksmith can fix them,” says Murthy.

Kamal Kisan aims to help 10 lakh farmers in five years from approximately 13,000 now, and have a presence across South India. Right now, it is limited to Karnataka and a few places in Andhra Pradesh.