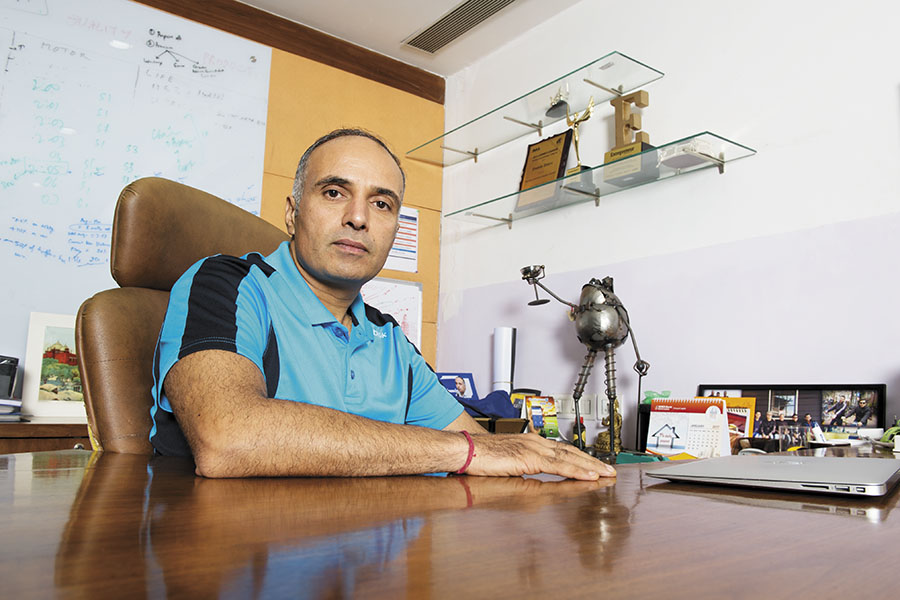 Entrepreneurship didn’t happen by chance for Yashish Dahiya, who set up Policybazaar in 2008 with two others
Image: Amit Verma

For Yashish Dahiya, there is no perfect time for entrepreneurship. “You either take the plunge or you don’t. There is no procrastination,” says the 44-year-old.

When Dahiya set up Policybazaar in 2008 along with Alok Bansal and Avaneesh Nirjar (who quit in 2011), it was not the best of times. Lehman Brothers had just collapsed, the world was reeling under the impact of the sub-prime crisis and corporates were tightening their purse strings. “But that did not deter us. Good opportunities don’t wait. Do they?” he asks. 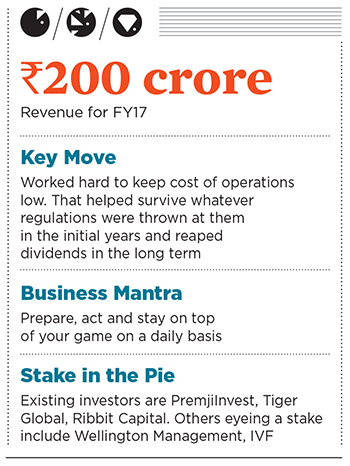 His conviction has been vindicated as Policybazaar has shaped up to be the largest insurance aggregator in the country, offering a comparison of life and general insurance policies based on price, quality and key benefits. It has recently created a buzz over its latest round of venture funding in which the parent company, Etechaces Marketing and Consulting (that also runs Policybazaar’s sister concern Paisabazaar), is close to raising a little over ₹500 crore in lieu of around 15 percent stake. “Talks are on... We expect to close the deal over the next few days,” says Dahiya.

The funding, led by Wellington Management and India Value Fund, among others, will help the online financial services marketplaces to foray into new geographies and launch new categories of products. Existing investors like Temasek Holdings and PremjiInvest, too, are participating. If the deal fructifies, total investor funding in the company would go up to ₹800 crore for an 80 percent stake.

The People Behind It
Entrepreneurship was a matter of choice for Dahiya, a 1996 IIM-Ahmedabad graduate who opted out of campus placements to give tuitions at home. “I worked for only two hours a day and earned much more than what a job could offer. That was entrepreneurship in itself,” says Dahiya, also an IIT-Delhi alumni.

“My mother would ask me every day when I would start working,” he reminisces. “I gave in to her wishes when she said my sister would not get a suitable groom if I didn’t have a good job.”

Dahiya began his professional journey with Illinois Tool Works (India) in 1996 and after a near-four-year stint, he moved on to do his MBA from INSEAD. Thereafter, he went to the UK and worked for Bain & Company and ebookers Plc. It was in his last role, where he was in charge of setting up the travel portal in 13 countries, that Dahiya tasted real entrepreneurship.

The idea of becoming an ‘aggregator’ emerged from ebookers. “I realised the potential of an aggregator and decided on insurance,” says Dahiya, who met Bansal, an MBA from IIM-Kolkata, through a common friend. Prior to Policybazaar, Bansal worked for Mahindra & Mahindra, iGate Global Solutions and General Electric.

Why it is a gem
When Policybazaar was launched, it wasn’t an entirely novel concept. Yet Dahiya and Bansal zeroed in on the sector given the low penetration of insurance and the enormous potential it offered as a result. “People often don’t understand what they are buying. That’s why we had a simple philosophy all along: To build a super-efficient customer-focussed awareness engine,” says Dahiya.

Today, Policybazaar hosts over 60 million visitors annually and records sales of close to 125,000 transactions a month. It accounts for about 20 percent of India’s life cover, and over 7 percent of India’s retail health business. It clocked revenues worth ₹200 crore in the last fiscal, up from ₹110 crore in FY16. It broke even this March and is eyeing ₹370 crore in revenue at the end of the current fiscal, looking to underwrite premiums worth ₹1,800 crore.

Policybazaar’s competitors include the likes of CoverFox, a venture founded in 2012 by IIT-Bombay alumni Devendra Rane and Varun Dua, and the Ronnie Screwvala-backed EasyPolicy, set up in 2011. Industry experts say the market share of all web aggregators put together will not be more than 20 percent.

Risks and challenges
“When we started, people weren’t comfortable buying products online,” says Dahiya. The company faced resistance from insurers too. “Some of them went to the regulator to kill us as insurance agents were the only point of contact for insurers back then,” says Dahiya.

So what made him sail through? A keen focus on the customer. “We were the only platform to provide details such as the cost and commissions on any given plan and created a USP for ourselves in the market,” he says.

The challenges, however, are far from over. Insurance penetration in India is still low (Irda data for FY16 puts life insurance at 2.72 percent and general insurance at 0.72 percent) and there are several companies offering a wide variety of products. The number of insurance aggregators, too, has increased. “Today, consumers are far more aware. We have to keep reinventing ourselves and become the drivers of the digital transformation in the industry,” says Dahiya.