How Ferns N Petals, India's biggest flower and gifting player, turned plucky during the pandemic by thinking out of the vase 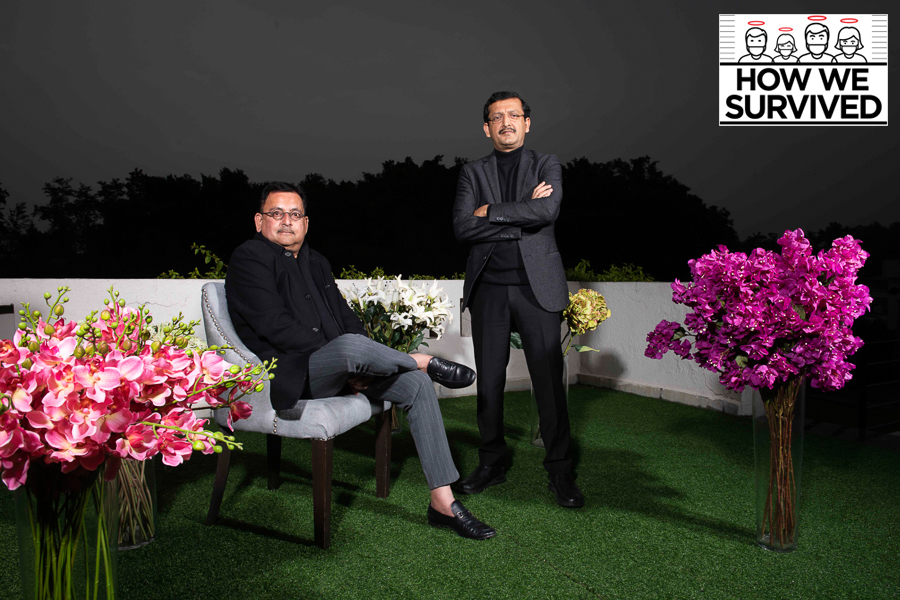 Vikaas Gutgutia, Founder & MD at Ferns N Petals and FNP Media and Pawan Gadia, CEO, Retail and Online at Ferns N Petals India, UAE & Singapore at Ferns n Petals Farms in New Delhi.
Image: Amit Verma Bengaluru, April 2020. Anurag Kishore was in a big fix. A year ago, the software engineer went against the wishes of his parents to marry a girl from another community. “There were less bouquets and more brickbats,” Kishore smiles, recalling his austere marriage ceremony in Mumbai. April 15—his first anniversary—was supposed to be a grand day. The lockdown, though, gate-crashed the plans. No guests, no celebration, no party. Not even flowers. Meghna, his wife, eventually got sucked into her office work on a busy Wednesday. Kishore too got engrossed in calls with clients. Around noon, Meghna’s iPhone beeped. There was a congratulatory video message from one of her favourite TV celebs. “I couldn’t believe this,” she recalls. “It was such a huge surprise,” she says. A guitarist and a singer too made video calls and played some Bollywood numbers. Kishore did his bit to make the day memorable. “I wanted it big,” Meghna chips in.   Cut to Delhi. September 2020. Reema Singh, too, was in a fix. Her husband, a 53-year-old businessman, died of heart attack. While the family of the advertising professional was in the US, her in-laws were stuck in Amritsar. Singh, and his teen son, were clueless. The duo, somehow managed to perform the last rites without any glitches. After 14 days of mourning, all the customary rituals were also organised. A funeral artist played some devotional music; a sketch professional made a portrait of Singh’s husband; flowers were arranged for a small condolence meet; and a prayer meeting via a Zoom call was organised for their distant relatives across the country. “I am glad we performed all the rituals elaborately,” she adds. “He always wanted it (last rites) big,” Singh adds.    From digitial gifting—musicians on call; live music played by professionals; personalised video messages for any occasion and reason; and making customised e-posters—to performing the last rites and rolling out a vertical for pet care, Ferns N Petals—India’s largest flower and gifting company—has rewritten the playbook to survive a torrid pandemic year. “Only the paranoid survive,” says Pawan Gadia, chief executive officer (retail & online), Ferns N Petals. The pandemic, he underlines, was tough. “But it also taught us different ways to grow the business,” says Gadia, who joined the company in 2001. The company, which opened its first retail outlet in Delhi in 1994, closed the fiscal-ended March 2020 at a revenue of Rs 336 crore. Apart from an online presence, the company now has over 275 flower shops and 100 cake outlets. The revenue projection for the next fiscal is a little under Rs 400 crore.   Back in the early days of last April, hunting for a silver lining was not easy. What helped, though, was thinking out of the box. If the business of selling flowers got massively hit during the lockdown, the company was nimble enough to don a digital avatar to manoeuvre the crisis and continue with the business of celebrating occasions. Interestingly, one more occasion—last rites—was added. 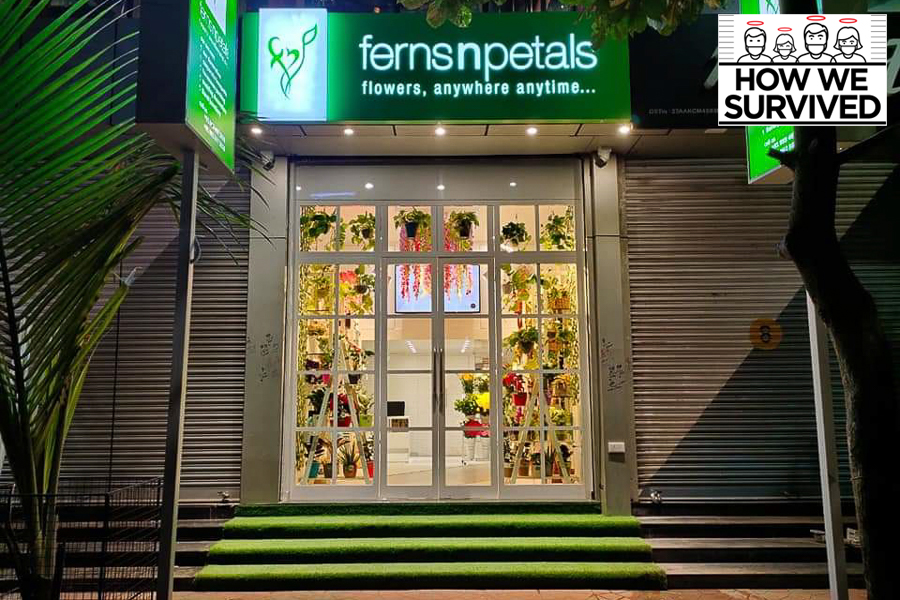 Over the last few months, both the new services have seen an increasing uptick. Look at the numbers, and the money involved. From six orders for digital gifting at the end of March to under 200 now, Ferns N Petals kept itself busy by rolling out innovative online offerings, starting from Rs 99 and going up to Rs 19,999. It helped immensely during the early days of the pandemic. In April, for instance, over 40 percent of the revenue came from digital gifting.   Next to join the list of new services was the last rites business division, which has packages ranging from Rs 25,000 to Rs 10 lakh. Started in Delhi-NCR last year, Ferns N Petals has performed over 1,000 funeral ceremonies so far. Another innovation during the lockdown was virtual ceremonies via Zoom calls. Such rituals, which involved over 250 people, cost around Rs 25,000. “We have a team of professionals working towards conducting dignified last rites,” says Gadia. The idea is simple. Funerals are overwhelming, and a bit difficult to handle. The company, he underlines, wants to bring peace during such distressing times. Ferns N Petals is now planning to scale the services to 15 Tier I and II cities over the next six months.

Ferns N Petals, reckon marketing analysts, has proved the adage that necessity is the mother of invention. “Who would have thought about getting into the business of organised mortal remains?” says N Chandramouli, CEO at brand rating and consumer analytics company TRA Research. “They did this,” he says. It’s a business which fulfils an unmet need, and truly takes care of the pain point. Money, interestingly, is the last thing that anybody would think about during such services. The digital gifting option, he points out, was a low-hanging fruit to be plucked. “But nobody spotted it so far,” he says. For a company to expand its business of flowers and gifting to the new ones was not an easy journey, though.   What also helped the company survive the pandemic were two factors. First, it remains debt-free. “It is a huge positive,” says Gadia. Second, its overseas presence helped it absorb the shock and keep the engine running. The 100-member team in Dubai and another 25 staff in Singapore were busy during the peak lockdown as well. “We had the licence for ecommerce. It helped,” he says. The sales, he lets on, grew by 170 percent in these two geographies. “It kept our cash flow going to a certain extent,” he adds. The plan now is to expand its overseas presence by adding one country every month. “It’s an 18-month project and would cost around Rs 35 crore,” he says.  For a company, which has had a couple of near-death experiences over its two-decade journey, the lessons of survival came in handy. Cash was conserved; expenses were pruned; segments which were not too rewarding were put on the back-burner. The business of flowers is perishable, Gadia lets on, and not easy. Though the nature of crisis changed over the years, what remained the same was the mantra which Gadia kept chanting during such times: This too shall pass. “Spring is just around the corner,” he says.

Tweets by @forbesindia
2020: A big deal year for PE & VCs
Dr Sudipta Sarangi: Why we like free stuff, and the economics of other small things