The downside of switching to English

What really happens when a company switches its corporate language to English? 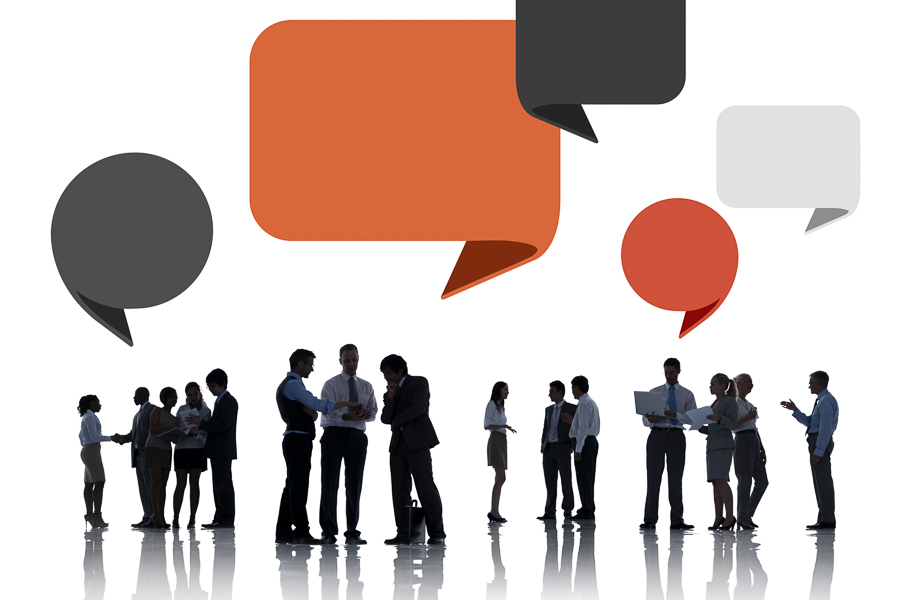 
It is no secret that English is widely considered the global language of business, with multinational companies (regardless of where their HQs are situated) are frequently insisting on English as the common corporate language for all employees, irrespective of geographical region.

But imagine this. You go to work on Monday morning. Everything is the same, and yet everything is different. You work with the same colleagues, attend the same meetings, do the same job, but with a key difference: all interactions, from technical emails to celebratory toasts, must now take place in another language.

Perhaps you're fluent in that other language, or perhaps improving is on your list of New Year's resolutions. Either way, your relationship to your workplace is about to change.

IESE Business School professor Sebastian Reiche and Harvard Business School's Tsedal B. Neeley researched just such a phenomenon when they looked at two years' worth of data from the Chilean subsidiary of a large American multinational that decided to change the corporate language from Spanish to English.

For their research, the authors drew from reports and memos from the three language experts employed by the Chilean subsidiary, which had a staff of 60. Additionally, they collected data from all staff members at five points over the two-year period following the announcement of a change in corporate language.

It's hardly an isolated occurrence: 52 percent of global companies have mandated a corporate language, generally English, to ease collaboration between colleagues in different countries. Still, Reiche and Neeley remind us, language can potentially affect all workplace interactions, from "people's sense of professional competence, task execution and social hierarchies, to emotions and identity."

So why switch corporate languages in the first place?

In the sample case, the decision to switch from Spanish to English wasn't taken lightly. The firm considered English interaction to be critical for performance success and thus hired three full-time language experts to bring everybody up to speed on the language. These experts ran workshops, gave classes, sat in on calls, and created glossaries of relevant vocabulary for all staff members. The seating plan was shuffled so that fluent English speakers sat among those with less fluency, and after six months, email was made English-exclusive.

It was certainly not plain sailing. The authors report that one memo from the language experts "noted that employees expressed dissatisfaction, anger, frustration and fear of making mistakes as people struggled to get the job done while also learning English." Meetings with native English speakers sometimes led to communication breakdowns and demoralized staff who took part.

Some of the study's findings were intuitive, some less so. Unsurprisingly, those with the least resistance to change were the most likely to embrace speaking the new language, regardless of their self-perceived skill level in English.

However, both advanced and lower level learners slowed down or declined in their own perceptions of their language skills over time. Those who were initially confident lost some footing as those below them narrowed the gap. Lower level speakers initially made fast gains, but grew frustrated as their higher level led to slower, more incremental improvement. The study suggests that comparisons among learners can be intimidating in a situation with a radical language change.

Perhaps most surprisingly, those with better English skills didn't spring into the company's top jobs. Indeed, they were the group most likely to be interested in finding a new job by the end of the study. Possibly they had become frustrated by daily interactions with people who were less fluent than they were, or perhaps they merely realized that their language skills made them very employable. In any case, they were significantly more likely to consider leaving the company than those with the lowest English skills.

Managerial takeaways
The range of emotional and cognitive responses to the language change underlines that managers considering such a radical change should prepare themselves accordingly. For example, they should seek ways to connect with those employees who are highly skilled in the target language in order to prevent turnover.

Likewise, managers should be attuned to their employees' attitude to change and ensure that initial learning groups place people among others of the same level. All comparisons are odious, as the old proverb goes, and employees may find that a new language recalibrates existing social hierarchies, causing a drop in morale.

Reiche and Neeley also note that many of the takeaways here may be applicable to other radical corporate changes caused by technology, machine learning and/or artificial intelligence. In a world where the narrative is constant change and transformation, this is a timely reminder that it's good to try to anticipate any fallout as early as possible.