India Vs US: Different impacts and outcomes of the mediatization of public health outbreaks

Communication around the spread and containment of Covid-19 has been affected by several stakeholders. The difference in approach has had different impacts on how it shaped public opinion 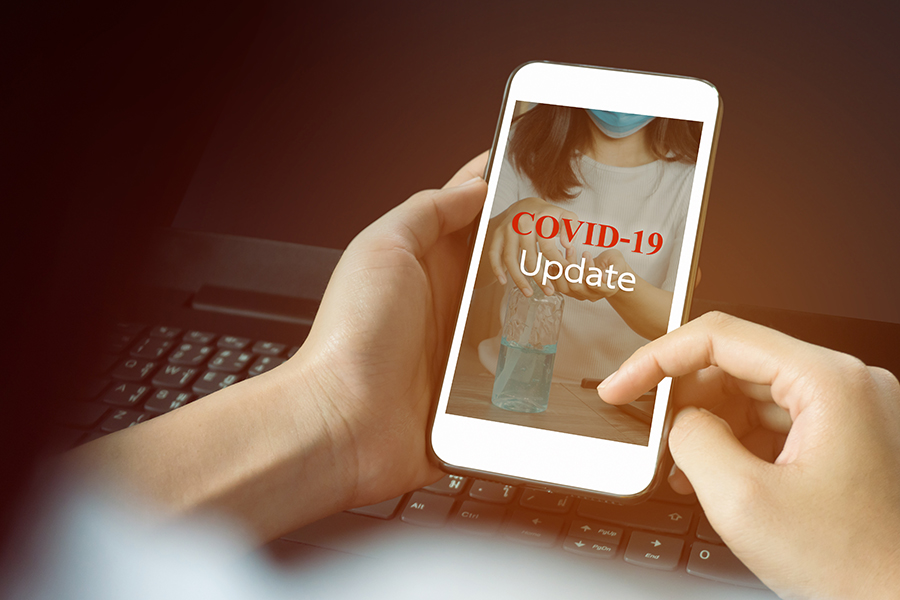 A decade later, this co-production and dissemination of health news between pharma companies, journalists, government, social media platforms, health officials, medical professionals and the common man stands to either break the chain of the Covid-19 pandemic or further fuel its complexities
Image: Shutterstock

In the book Making Health Public, the concept of ‘Biomediatizing the 2009 H1N1 Epidemic’ emerges. The authors advance the notion of ‘biomediatization’ and demonstrate how health knowledge is co-produced through connections between dispersed sites and forms of expertise. A decade later, this co-production and dissemination of health news between pharma companies, journalists, government, social media platforms, health officials, medical professionals and the common man stands to either break the chain of the Covid-19 pandemic or further fuel its complexities. Communicating about an unknown virus with different stakeholders, to get the general public to adopt a certain behaviour or change their existing lifestyle is a Herculean task. Umpteen channels of communication, broad effect of the pandemic on lives and interests across society, uncertainty in the face of a new disease on which scientific information is just emerging, and in some cases clashes between health professionals and political interests have made this more complex.

In the US, Covid-19 messaging was deeply affected by politics as President Donald Trump clashed with health professionals and many Republican politicians, Republican-aligned media questioned the public health response. Most major media followed the developing scientific interpretation of the proper response to Covid-19, but policies and the individual response were uneven around the country—shaped by differences of political identity.

Social Media became the primary and quickest way to reach urban and rural India. India is a highly networked country—connecting 1.18 billion people through mobile phones. A caller tune informed people of the virus in multiple languages to take necessary precautions such as washing hands, sanitising and maintaining social distance. Government accounts used a dedicated Twitter hashtag #COVID19india for regular Covid-19 updates. Website MyGov's coronavirus hub was used to give updates to 846.2 million people in India along with the helpline number and an e-mail ID for seeking immediate help. Dashboards on social media and news websites updated people on the number of positive cases. They also showed resources and state-wise data with graphics to inform and alert citizens.

Through the National Informatics Centre (NIC), the Ministry of Electronics and Information Technology launched a multi-lingual location-based coronavirus tracking app—Arogya Setu—on 02 April 2020. The App communicates the government’s initiatives to the users about the potential risk of infection, best practices and relevant medical advisories pertaining to the containment of the Covid-19 pandemic.

In the case of the US, the “alarm amongst the public” framing was not really the result of journalists not knowing the science. It was the result of journalists cooperating with public health professionals to try and get people to take the pandemic seriously. What is important for both the US and Indian cases, is the clash between the messaging of political leadership and public health professionals—journalists had to mediate between these two.

Themes capsules of messaging
Over the past year, if we take a look at how the press, official government accounts on social media as well as pharmaceutical companies have been communicating about the pandemic, there are three distinct themes that these groups are trying to message—information about the pandemic itself, news and developments around the vaccine and its efficacy, and finally, protocols that define the types of behaviour to be adopted during the pandemic and for the process of vaccination.

Pandemic messaging
Earlier studies in the area of media and communication point towards various frames that emerge when journalists narrate these kinds of public health outbreaks. The rhetorical devices that the media use trigger a panic button to cause alarm amongst the public. This kind of messaging has also been found to stem from the journalist's own perception and the lack of awareness or knowledge of scientific interpretations. The reports are hypothesized based on sketchy and quick interviews with clinicians, scientists or health officials. This is followed by a need to convey the directives issued by advisories coming from the government. Since a pandemic is a public health concern, the government steps in to control the flow of information and tell the public what needs to be done to avoid chaos and confusion. In this case, the term ‘lockdown’ became a new message that instilled a calming sense as cases surged and positivity rates increased. Lockdown meant ‘breaking the chain’ of transmission and in a way it conveyed the inability to deal with the pandemic in any other way. In India, the public complied. There were no riots and the messaging from the government and the press shaped the behaviour of the people to contain the pandemic. In the US, many people didn’t comply. The government and the press were often in conflict and that was partly because there were a lot of divisions between scientists and the government and within the government itself.