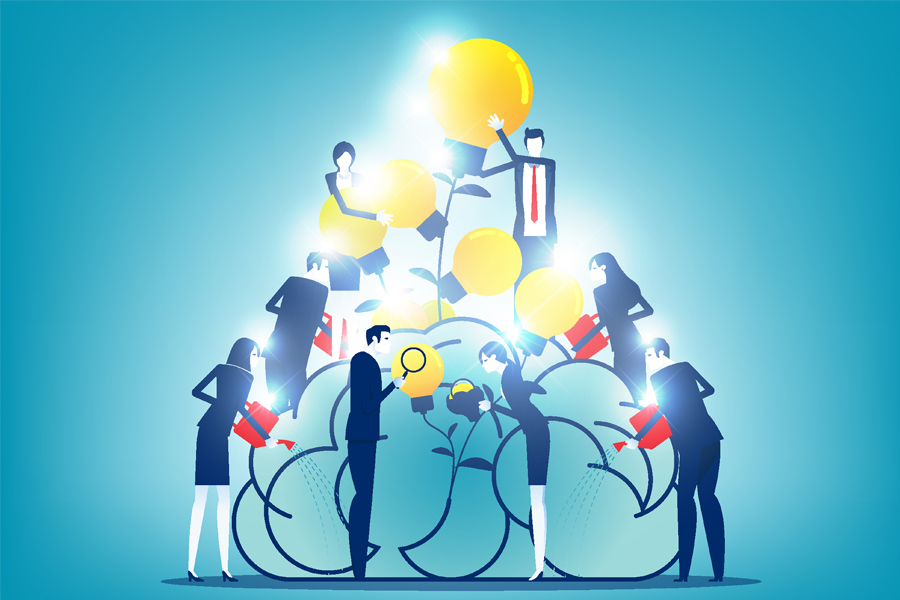 The paradox mindset will help team members surface their latent differences, in the form of representational gaps, and acknowledge the tension while seeing the differences as a strength and an opportunity to come up with good ideas Image: Shutterstock

“The experience was magical. I had enjoyed collaborative work before, but this was something different,” said Daniel Kahneman of the beginnings of his years-long partnership with fellow psychologist Amos Tversky that culminated in a Nobel Prize in economic sciences three decades later.

What Kahneman did not dwell on in his account was how different the two men were. One was confident, optimistic, and a night owl; the other was a morning lark, reflective, and constantly looking for flaws. Yet their partnership flourished.

“Our principle was to discuss every disagreement until it had been resolved to mutual satisfaction,” recalled Kahneman, author of the best-selling book, Thinking, Fast and Slow. “Amos and I shared the wonder of together owning a goose that could lay golden eggs – a joint mind that was better than our separate minds.”

The legendary collaboration could well have been a case study of the secret of team creativity. In a new paper, we show how teams are more creative when members recognise and embrace differences, and systematically explore members’ opposing perspectives.

Start with the paradox mindset

Our work builds on our past research on the paradox mindset. The paradox approach, in a nutshell, helps us switch from an “either/or” to “both/and” framing of competing demands. In doing so, we recognise that tensions – between autonomy and control, or creativity and discipline – are contradictory but also interrelated, even mutually reinforcing.

That in turn spurs us to find a dynamic equilibrium in navigating the demands, rather than prioritising one or the other, with surprisingly positive payback. My colleagues and I showed that people who adopt paradoxical frames – or recognise and embrace the simultaneous existence of contradictory elements – could be very creative, even radically creative.

In our latest paper, we focused on creativity in teams – as opposed to individual creativity –  with an emphasis on diverse teams marked by different, even contradictory, perspectives. When teams adopt paradoxical frames, we hypothesised, they collectively recognise the contradictions inherent in the task at hand, yet understand that the contradictions could feed off each other to the team’s benefit.

However, we suspected that the paradox approach might not be enough to elevate team creativity. After all, teams contend with both tensions between competing task demands and different roles and perspectives among team members. An engineer is likely to prioritise functionality whereas a designer may focus on aesthetics. Such representational gaps are also likely to occur in cross-cultural teams.

We theorised that, to be really creative, the paradox mindset must go hand in hand with what we call epistemic motivation. Put simply, team members must be motivated to thoroughly understand the task and their competing perspectives and demands, as well as how these are interconnected, and then integrate their ideas in the best way possible. The middle-ground solution – the easy way out – is not an option for such teams.

We call this painstaking creative process “idea elaboration”. Picture Kahneman and Tversky animatedly building on each other’s ideas, debating every idea and every word in every paper they ever wrote together, synthesising them in the best way possible, until they were satisfied with the result.

Our hypotheses were borne out by two experiments. In the first, about 500 undergraduates at a college in the United States were randomly assigned to teams of three to design an “original, creative, useful and low-cost” model toy vehicle. Each team was then randomly primed for one of four different conditions: paradoxical framing with high or low (control) epistemic motivation, and low or high epistemic motivation without paradoxical framing.

We found that teams with paradoxical frames and high epistemic motivation were more creative and better able to balance the conflicting demands for novelty and usefulness. Their products were assessed by two independent judges as more novel and useful than the other teams, who tended to focus on novelty or usefulness, and to settle for subpar compromises.

The second study was similar to the first, except we accentuated epistemic motivation (or the lack thereof). In the paradoxical frame-high epistemic motivation condition, we instructed team members to share and review opposing perspectives, clarify the differences, and integrate them into solutions. In short, they were primed to scrutinise their contradictory ideas and perspectives.

By contrast, in the paradoxical frame-low epistemic condition, participants were instructed to share their opposing perspectives, but then go for middle-of-the-road compromise solutions without deeply exploring their different perspectives.

Just as in the first study, we found that teams in the paradoxical frame-high epistemic motivation condition were significantly more creative and able to balance novelty and usefulness better than other teams. These teams were more creative because they engaged in idea elaboration. They built on each other’s ideas and searched for a truly synergetic solution that fully addressed contradictory demands and reflected their collective effort.

As Kahneman (below, right, with Tversky) recalled, “Some of the greatest joys of our collaboration – and probably much of its success – came from our ability to elaborate each other’s nascent thoughts: if I expressed a half-formed idea, I knew that Amos would be there to understand it, probably more clearly than I did, and that if it had merit he would see it.”

Conversely, the paradoxical frame-low epistemic motivation teams were only as creative as teams in the control group, in which members simply shared their different perspectives and ideas without recognising and embracing contradictions or exploring their ideas.

Our world is facing global challenges that require extraordinary creativity from diverse teams. But forming diverse teams is not enough to foster creativity. It is only when team members embrace their contradictions, and are willing to openly discuss their opposing perspectives, that they can integrate them into innovative solutions.

If we were able to prime teams to adopt paradoxical frames and be epistemically driven with simple instructions in the laboratory, managers of creative teams can also do so in real-world settings.

Tell your team: "What we really care about is to learn where each one of us comes from, what our differences are. Let's surface as many possible and different perspectives. Ensure that we consider all the interests, all the competing elements. Explore them deeply and separately. Only then shall we integrate our opposing perspectives to find the best, most creative solution.”

The paradox mindset will help team members surface their latent differences, in the form of representational gaps, and acknowledge the tension while seeing the differences as a strength and an opportunity to come up with good ideas. Being epistemically motivated ensures that they explore those ideas thoroughly before deciding on the best solution.

While few of us can aspire to a Nobel Prize, we can all strive to collaborate like Tversky and Kahneman, whose collaboration was “impossibly incongruous and yet perfectly complementary”.

Ella Miron-Spektor is an Associate Professor of Organisational Behaviour at INSEAD.

Kyle Emich is an Associate Professor of Management at the University of Delaware.

Linda Argote is the Thomas Lord Professor of Organisational Behaviour and Theory at Tepper School of Business, Carnegie Mellon University.

Wendy Smith is the Emma Morris Smith Professor of Management at the University of Delaware.

Tweets by @forbesindia
The Bank of Thailand to pilot retail CBDC by the end of 2022
69 percent of jobs in India under threat from automation by 2040, says Forrester's Future of Jobs report