Demand for cars, housing and consumer durables is starting to pick up, but it's been a tough financial year for banks to lend in these segments due to job losses and salary cuts 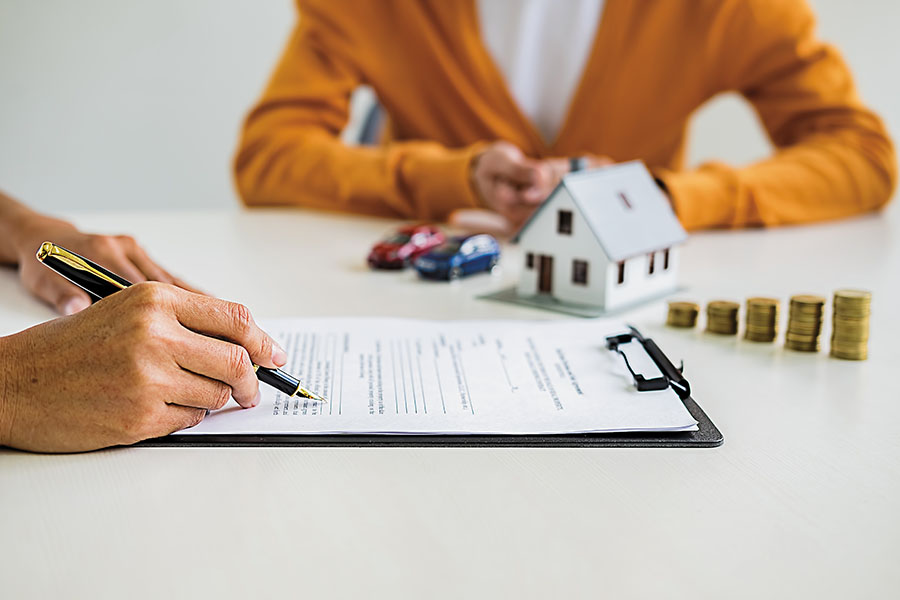 It’s been five months since business activity was unlocked in India, but the pandemic continues to hurtjobs and lives. While the high-frequency economic indicators suggest that the economy is on the mendfrom improved auto sales and home purchases and power consumption to railway freight from mid-September onwards, lending activity to individuals and small businesses—a key indicator of recovery inthe ongoing festive season—has been trailing poorly in the current financial year. Most banks and non-banking financial companies (NBFCs) reported an improvement in retail lending inthe September-ended quarter, but only when compared to levels last year and the sequentially previousJune-ended quarter. But in the lockdown and after the phase-wise unlocking, credit flow for leadingbanks has been negative, flat or just edged up marginally in the April to September-end period (see table). The Reserve Bank of India (RBI), in its November 2020 bulletin, now says India has entered a technicalrecession in the first half of 2020-21 for the first time in its history with Q2FY21 likely to record thesecond successive quarter of GDP contraction of 8.6%. Most rating agencies had earlier projectedde-growth of around 10 to 12% for the Q2 period. The central bank has now presented an economic activity index, which incorporates 27 high frequencyindicators, which will help “nowcast” the real GDP for coming quarters. 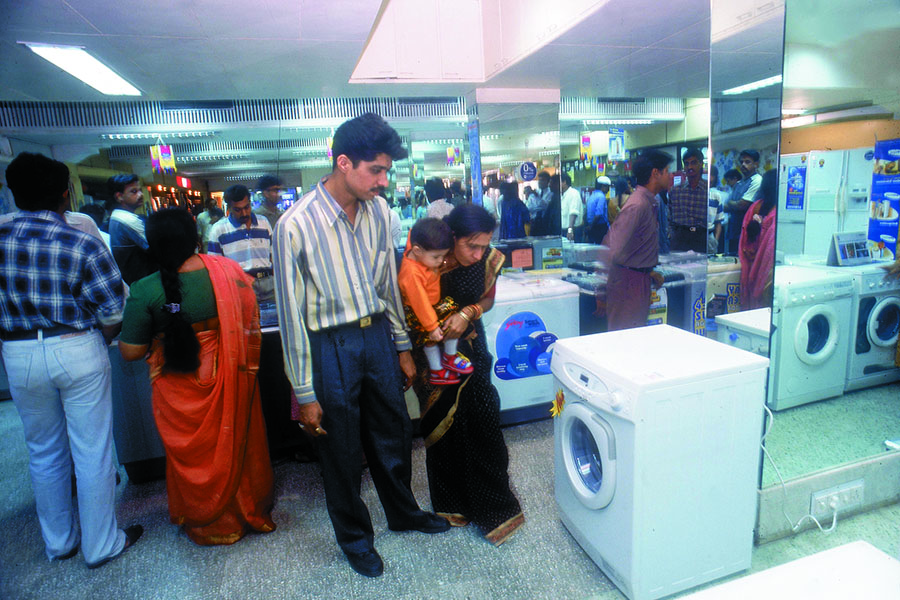 Fall in loans towards consumer durables, to ₹6,661 crore as of September 25, as per RBI data  Weak underlying sales Secured loans, including home loans and vehicle loans, have seen a pick-up in activity only in recentweeks. “Loans cannot happen in isolation… they have to be backed by underlying sales. Home and carsales have been well below levels of last year and green shoots have appeared only now,” says KrishnanSitaraman, senior director at Crisil Ratings. 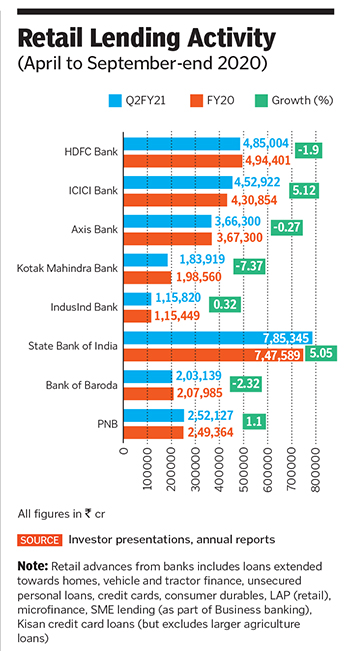 Total loan growth for the April to September period was around 0.9%, says Krishnan, while for thefull year till March 2021, it is forecast at 0 to 1%. Crisil now estimates India’s GDP to shrink by 9percent in the full financial year. In the automobile sector, even though there have been customer walk-ins and demand for newlaunches, healthy conversion of sales has yet to take place. The RBI data on deployment of bank creditshows that vehicle loans edged up by just 0.4% to ₹2.21 lakh crore. “With supply side mismatch,most of the passenger vehicle dealers ended with limited stock of high selling items and odd variantswhich did not attract much demand. This coupled with lower discounts, compared to last festivals alsoplayed a spoilsport,” Vinkesh Gulati, president of the Federation of Automobile Dealers Association, saysin a latest statement on their website. The data shows that vehicle registrations fell by 24% from levels a year earlier. The ruraleconomy, however, is witnessing more demand, leading to tractor registrations which have risen by 55% from last year.Loans towards consumer durables fell by 28.4% to ₹6,661 crore as of September 25, RBI datashows.   Unsecured loan concerns One of the biggest concerns which has been emerging for banks is lending to individuals in a periodcharacterised by rising unemployment and several thousands who have either faced salary cuts or joblosses due to the pandemic and hence, most likely, unable to repay loans. Over the past decade, thiswas the segment which grew the fastest—boosting personal and loan on credit cards—which have risenthe fastest, where the ticket size is small and access to funds easier through digitisation. But thepandemic disrupted this segment heavily. The coming quarters will be critical for most banks, which—at a time when individuals are keen toconserve cash—have seen a sharp rise in deposits and savings accounts growth. The need to build theasset side of the balance sheet will be crucial for most banks, such as Yes Bank, which has just risen outof a crisis. Yes Bank’s CEO Prashant Kumar sees growing the loan book critical to boost the bank’sinterest- and fee-based income. Lenders have tightened their underwriting or capital appraisal exercise in recent months, so lending toindividuals has and will be cautious in the coming quarters to ensure that asset quality does not getimpacted. Banks have until December-end to restructure stressed retail and corporate loans without classifyingthem currently as non-performing assets (NPAs), as long as provisions have been made for this. It isunclear how many of these would turn bad, but Crisil warns that loan delinquencies of NBFCs couldjump 50 to 250 basis points this fiscal, depending on the segment of operation because of vulnerabilityin borrower cash flows. The rating agency has also said that assets under management of NBFCs will de-grow for the first time in nearly two decades.