For the week starting March 21, television news has seen a 298 percent increase in viewership 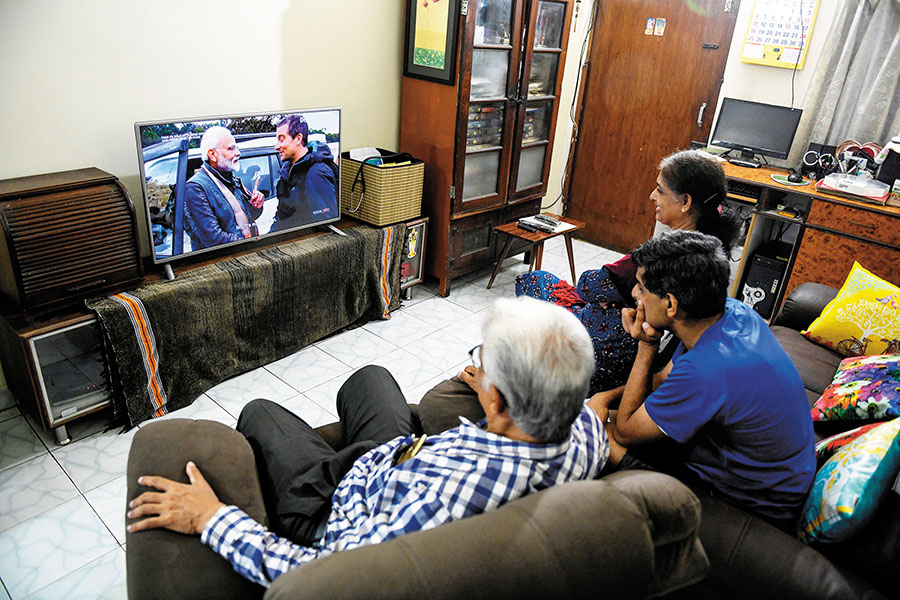 With Indians staying indoors, and glued to their televisions for updates onthe Covid-19 pandemic, there has been a 298 percent surge in the viewership of news channels for the week starting March 21. As a result, the share of news to total TV viewership grew from 7 percent to 21 percent, according to an early April ratings report by Barc-Nielsen.

While the average number of daily viewers grew by 62 million, there were 622 million people watching TV every day for 4 hours and 40 minutes. Average daily advertising on such channels also jumped by 24 percent. The Hindi-speaking belt in India saw a 41 percent increase in overall viewership, as against 31 percent in the South.

According to Rudra Narayan Sharma, a former broadcast journalist and columnist, in any epidemic, news is naturally at the forefront. And this time, TV has taken the lead as people are hooked to it. “A big reason for this can be that the news consumer considers Twitter to be opinionated and WhatsApp to be a non-serious source of news,” he says.

The only reason viewers had been turning away from news channels over the past few years was because of their loud content.

“Television news was never meant to be a spectacle,” says Sharma. The current pandemic provides an opportunity for channels to regain the trust of viewers, while remaining ideologically agnostic. Society is more anxious than ever and it needs accurate, non-biased and apolitical news to blunt its anxiety, he adds.