Should social media accounts be linked to Aadhar? 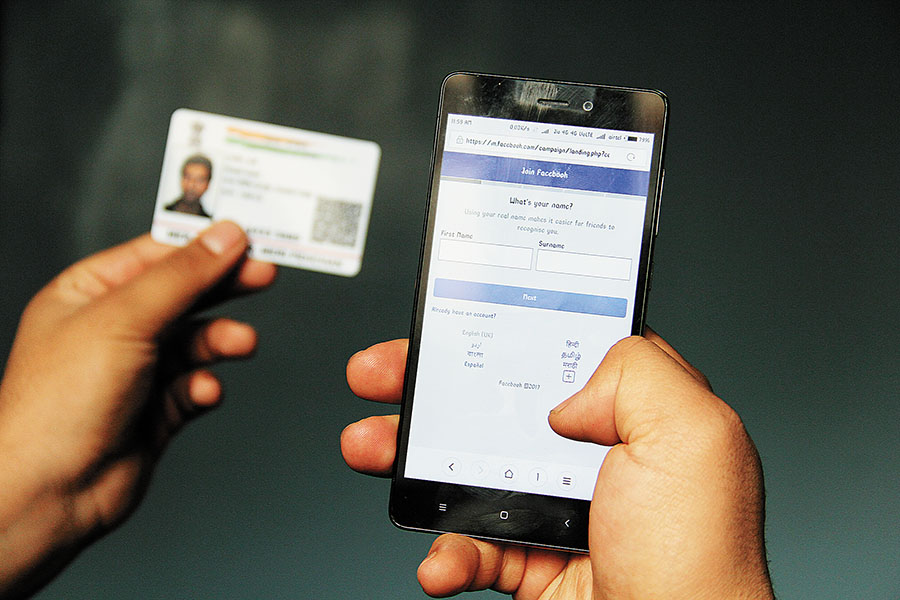 Last fortnight when the Tamil Nadu government suggested to the Supreme Court that linking Aadhar would be an effective way to curb fake and defamatory content on social media, an uproar and outrage erupted on –where else but – social media. The state’s view is one held by others, and not just in India. For instance, in reaction to the vicious racist abuse aimed at Manchester United’s Paul Pogba when he missed a penalty, teammate Harry Maguire tweeted that “Every account that is opened should be verified by a passport/driving licence.” The difference of course is that in India the TN government reckoned verifying via the 12-digit unique identity number is the way to go. This brought the burning issue of the right to online privacy back to the fore. If social media profiles were to be linked to Aadhaar, Rahul Matthan, Partner, Trilegal, a law firm, says, “Trolling and abuse could come down because anonymity gives people the courage to hide and allows them to say horrendous things. Once this anonymity goes away they will be more careful about what they are saying.” But the flip side, agrees Matthan, is the loss of privacy. “It (the linkage with Aadhaar) will have a “chilling effect on the freedom of speech, and this is the danger.” What is more, the right of individuals to remain anonymous, especially marginalized communities such as sex workers, and LGBTQ persons, will also take a beating. Divij Joshi, Research Fellow at the Vidhi Centre for Legal Policy, believes that “stripping off their anonymity on social media has a lot of consequences. It makes them the target of the same people and the same system that they try to run away from by creating a social media identity.”   The spread of propaganda is currently misunderstood as being only a technological phenomenon, however it is socio-technical, reckons Joshi. “This means it is not entirely linked to platform-encryption (on media like WhatsApp). The solution, hence, should not be entirely technical either. The solution is to create a legal framework, which puts more responsibility on social media agencies to solve these problems.” Microblogging medium Twitter claims it is doing its bit to curb abuse. “Today, by using technology, 38% of abusive content that’s enforced on our platform is surfaced proactively for human review instead of relying on reports from people using Twitter,” says a spokesperson. “Our team uses proprietary-built internal technology to proactively find abusive content and provides users with a single report that they can email to the police.”