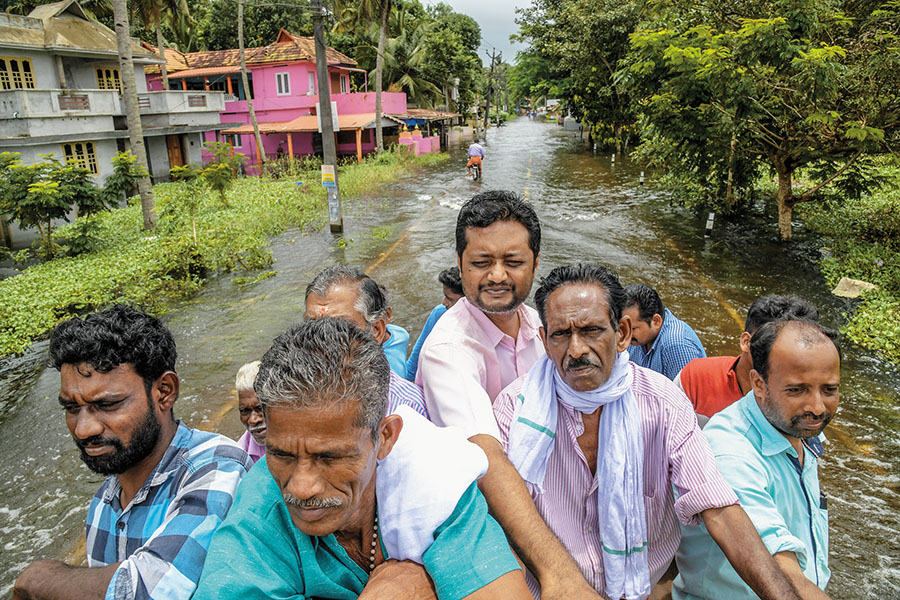 As the grave news from Kerala continues to pour in, an important lesson in disaster management has come to light—the power of social media and e-commerce in helping with relief operations. While mainstream media has received flak for placing their focus on other issues even as Kerala grapples with its worst flood crisis in a century—one that has killed at least 400 and displaced more than a million people--social media spread awareness about the circumstances, and of what is urgently needed for relief.

India’s tech giants played a key role in quickly banding together with NGOs and Kerala’s Chief Minister Disaster Relief Fund (CMDRF) to make donations as easy as one click away. PayTM introduced an option on its home page to transfer money directly into the CMDRF on August 15, and collected more than Rs 30 crore from 12 lakh users, by August 21. The company said it will match each donation rupee for rupee, up to Rs 1 crore. When the situation in Karnata’s Kodagu area worsened, PayTM added an option to contribute to the Karnataka CM Relief Fund Natural Calamity 2018 (Kodagu) too.

Amazon India partnered with NGOs Habitat for Humanity India, World Vision India, Oxfam India and Goonj, allowing users to order items such as soap, umbrellas, sanitary pads, diapers, food supplies and so on, and have them shipped directly to the NGO’s registered address. “In addition, the Amazon Operations team is working to provide relief kits to the impacted areas and are providing drinking water to our impacted service partners, associates and immediate communities,” said an Amazon India spokesperson.

Similarly, Flipkart and BigBasket also partnered with Goonj and Oxfam India. Zomato joined forces with the Akshaya Patra Foundation to have users donate a set meal for three, six or ten people through the app. “The Kerala Relief Fund saw an overwhelming response and we were able to fund more than 2,00,000 meals,” said a Zomato spokesperson. They stopped taking contributions on August 20. “We will try to switch this on again depending on the capacity our partner can cater to and the on-ground requirements.”

“Zomato helped us collect Rs 60 lakh over four days, and, along with other contributions, this should be enough for us to run feeding programmes for 15 days, a good timeframe based on our past experience,” Sundeep Talwar, chief marketing officer for Akshaya Patra Foundation, said to Forbes India. “Instead, we would like to sustain this effort into Phase 2 of the relief programme, in which we plan to help rebuild schools and clean out ravaged homes.”

The key, say NGOs, will be in providing long-term support, as Kerala could take up to a decade to fully recover. “E-commerce websites have been very useful, helping people who sit far away from the disaster site to get involved,” says Meenakshi Gupta, co-founder of Goonj. “The important next step will be to continue this support, as rehabilitation work will have to go on for a long haul. The needs and urgent requirements will change with the ground situation, so we will have to generate the same in good quantities at different stages.”

Flipkart, for instance, is directing users to the Goonj website to make monetary contributions, says Gupta. Portals can also consider asking customers to contribute a small amount with each order at the checkout stage.