Azim Premji: Building a legacy beyond IT

His work has created in Wipro a global corporation likely to endure. And his philanthropy efforts have become a model for other wealthy persons to emulate 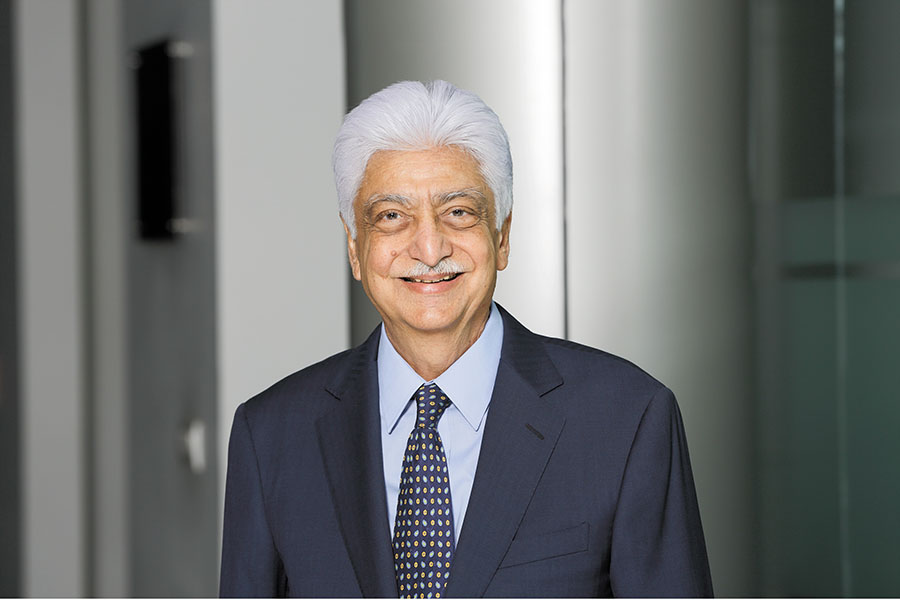 In September, Wipro, India’s fourth biggest software services company by revenue, said it had won an order to supply IT services worth between $1.5 billion and $1.6 billion. This was the biggest order it had ever landed in its history, the Bengaluru-headquartered company said in a press release.
The foundation of this achievement was laid over half a century ago, when a young Azim Premji was setting out to transform his parents’ vegetable oil business into a technology company. The transformation continues to date, as Wipro—along with the rest of the IT services industry it helped pioneer—builds its cloud and digital services capabilities. 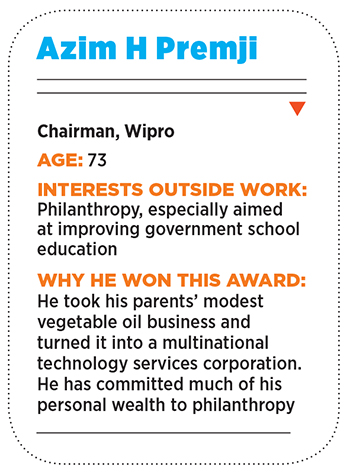 The $1.6 billion order, from US-based Alight Solutions LLC, spans 10 years and will “enable the digital transformation of Alight’s offerings across health, wealth, HR and finance solutions. Besides, it will enhance the employee experience of Alight’s clients by leveraging Wipro’s industry-leading strengths in digital technologies, cognitive automation and data analytics”, the company said.

In transforming Wipro into such a global provider of sophisticated technology services, Premji has also risen up the ranks to become India’s second richest person. The journey started in 1966, when, at the age of 21, he had to leave Stanford University without completing his engineering degree due to his father’s death; he eventually completed it in 2000.

Premji, 73, remains active as chairman of Wipro and his influence also spans a non-IT, privately held business, which is worth over a billion dollars; a family office that holds private equity investments in multiple ventures and businesses, and a highly respected philanthropic effort via the Azim Premji Foundation, which he set up in 2001, and further funded with a $2 billion endowment from his own wealth.

“His biggest influence on Indian IT is to create aspirations for companies and the industry,” Krishnakumar Natarajan, co-founder and executive chairman of Mindtree, wrote in an email. “Diversifying from a vegetable oil company to a technology firm and becoming a leader in that space was never an easy goal to pursue. By relentlessly pursuing that vision, a new sense of aspiration was enabled for the whole industry,” added Natarajan, who held several senior positions at Wipro before co-founding Mindtree in 1999.

Premji’s biggest contribution to the industry was exploring new paradigms that never existed before in corporate India. These included launching a 16-Bit multitasking computer in 1981 with overseas collaboration; building India’s first product company, Wipro Systems, which launched Instaplan, a project planning software that had global acceptance; and creating a market for technology services by positioning Wipro R&D as a ‘Global Lab on Hire’, he says.

“The creation of any industry is not the solving of a sum but the painting of a picture. Mr Premji has been an important and indispensable contributor to the credibility, integrity, and people supply chain innovation of India’s IT industry,” Manish Sabharwal, co-founder and executive chairman of TeamLease Services, an important supplier of talent to the IT industry, said in an email. “He aimed high and looked far, but this focus on culture and values has ensured organisational resilience as much as efficiency.”

Mindtree’s Natarajan says Premji’s firsts were not only in business. Several path-breaking people-related initiatives, including stock option plans (launched in 1983), leadership development, and building world-class professionals through planned interventions, were started at Wipro by Premji himself.

Those interventions included inculcating the ‘Spirit of Wipro’ or the core values on which the company operated, which Premji began codifying early in Wipro’s history, Anurag Behar, chief sustainability officer at Wipro, recalledin an interview with Forbes India in February. 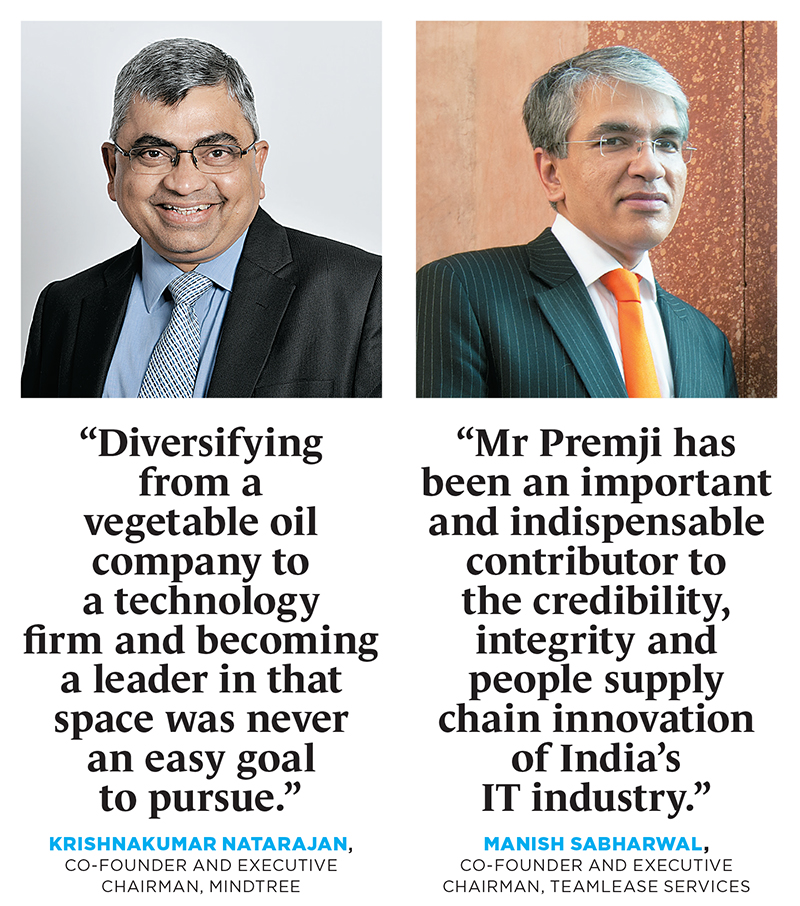 The most critical codification of this matter was in 1972, when Premji came up with specific principles to be seen as inviolable, which were to be Wipro’s values. These became the basis of the ‘Spirit of Wipro’ that staffers to this day are expected to internalise in their professional lives, Behar says.

This was done almost 50 years ago, and every individual’s behaviour and every process and action taken by employees and the company had to adhere to those principles. “That to my mind is the most important part of the codification of corporate governance at Wipro,” Behar said.

One example of how these principles translated into practice was that bribes were an absolute no no, Behar said. This was something he had heard in feedback from seniors in college who had joined Wipro, he recalled, making it a strong reason for him to join the company.

Premji can also be credited for demonstrating that while about three quarters of the company remained in the promoters’ hands, the high ownership didn’t have to come in the way of high standards of corporate governance.

Wipro set up an audit committee in 1986 when the laws of the land didn’t mandate one, CFO Jatin Dalal told Forbes India earlier this year.

The formation of such a committee, and giving it teeth by populating it with high-calibre members, created a “sharp and thriving” audit function within the company, Dalal says. The present-day committee comprises philanthropist and noted former banker N Vaghul, Ireena Vittal, a former McKinsey and Co partner, and MK Sharma, non-executive chairman at ICICI Bank Ltd.

Bringing together such luminaries has elevated the audit function and committee from a statutory requirement to one that has a strong positive influence on the company’s processes, he points out. 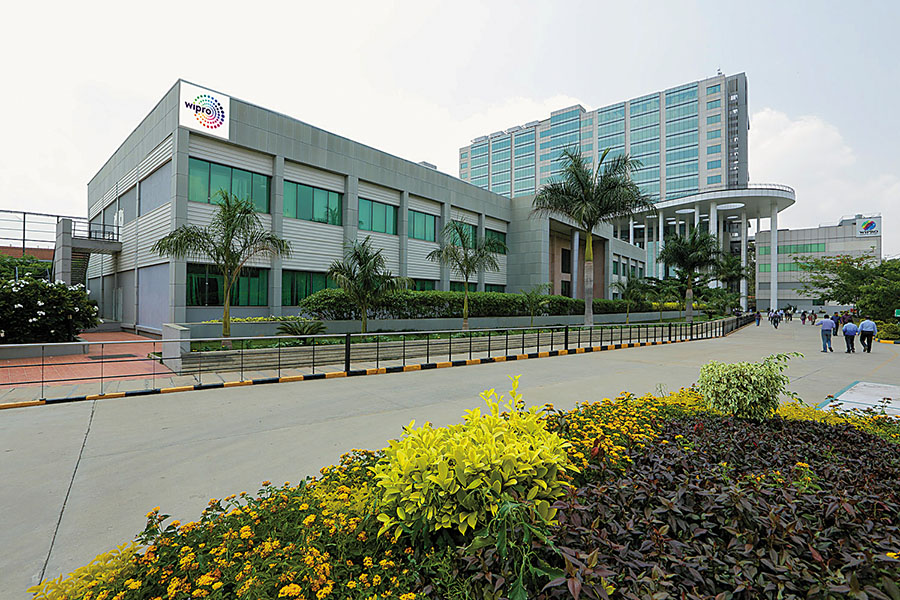 Wipro has ensured that corporate governance concerns don’t come in the way of making bold bets
Wipro also ensured that corporate governance concerns didn’t come in the way of making bold bets. In fact, the company came to be known for what it calls its ‘String of Pearls’ acquisition strategy (an approach focussed on buying several small companies that are a strategic fit). Not all of them delivered to the level expected, such as the purchase of Infocrossing—the company’s biggest purchase, at $600 million in 2007, whose assets Wipro eventually sold off in March—but Wipro continues to make these large bets. The company made its second largest acquisition when it purchased US-based Appirio, a cloud services provider, for $500 million in October 2016.
Premji has also repeatedly taken strong bets on people to run his company for him. For instance, under Vivek Paul’s leadership, the company grew nearly 10-fold to $1.4 billion in the six years he spent as vice chairman and CEO. Paul, who quit in 2005, was instrumental in articulating a far more ambitious target of hitting a revenue target of $4 billion by 2004. It wouldn’t be inaccurate to say he set the company on the path to $4 billion even if that didn’t happen as early as he’d wanted.

Some bets didn’t go well, Premji thought, such as the co-CEO model with Girish Paranjpe and Suresh Vaswani, under whose watch, and during tough global economic conditions, Wipro fell behind competitors in India and abroad. Premji replaced the duo with TK Kurien in January 2011.
Today, Abidali Neemuchwala, an import from Tata Consultancy Services, is CEO. He joined Wipro in 2015 as group president and COO and was elevated to the top job the following year. Rishad Premji, Azim Premji’s eldest son, is playing a vital role at Wipro, as chief strategy officer and a director on the board. In recent times, he’s even taking on industry spokesperson roles; at industry lobby Nasscom, for example.
“There are many challenges for India’s IT industry; visa regimes, automation, captives, pricing power, rising costs, cloud computing, re-skilling workforces, organisation structures that became cylinders instead of pyramids during high tide, and much else. But the doom and gloom is overrated; I am sure that the current 4 million employment in the IT industry will be more than 8 million five years from now,” TeamLease’s Sabharwal says.
Indeed, more than tackling the IT industry’s challenges, Azim Premji’s lasting legacy, in the long run, might well be outside IT services, in his philanthropy. First among India’s wealthy to become a signatory to the ‘Giving Pledge’, “Premji’s biggest influence through his philanthropy is from thinking of philanthropy not just as cheque-writing but also working in the trenches and driving measurable impact,” Mindtree’s Natarajan says. “His work on enhancing the quality of government school teachers in states which required help is a true case study of how to bring about social change with scale.”
While Premji has continually enhanced the size of his monetary commitments to philanthropy, he has also walked the talk in bringing about change. Premji has taken an “unambiguous stand on issues, doing what is right and not what is convenient, which makes him a role model”, he says.

“ Those of us who are privileged... should contribute to create a better world for the millions who are far less privileged.”

Sabharwal says: “Mr Premji has inspired a generation of philanthropists—he was early to recognise that we don’t live in an economy but a society—but his generous endowment of a university and role at the Indian Philanthropy Initiative is unprecedented in its scale, ambition and impact.”
In a letter to the first international group of the Giving Pledge, in February 2013, Premji said: “I strongly believe that those of us who are privileged to have wealth should contribute significantly to try and create a better world for the millions who are far less privileged. I will continue to act on this belief.”