Takeaways from an Oxford-style debate featuring Saurabh Mukherjea, founder and CIO, Marcellus Investment Managers, arguing for the motion, and Madan Sabnavis, chief economist, Bank of Baroda, arguing against the motion 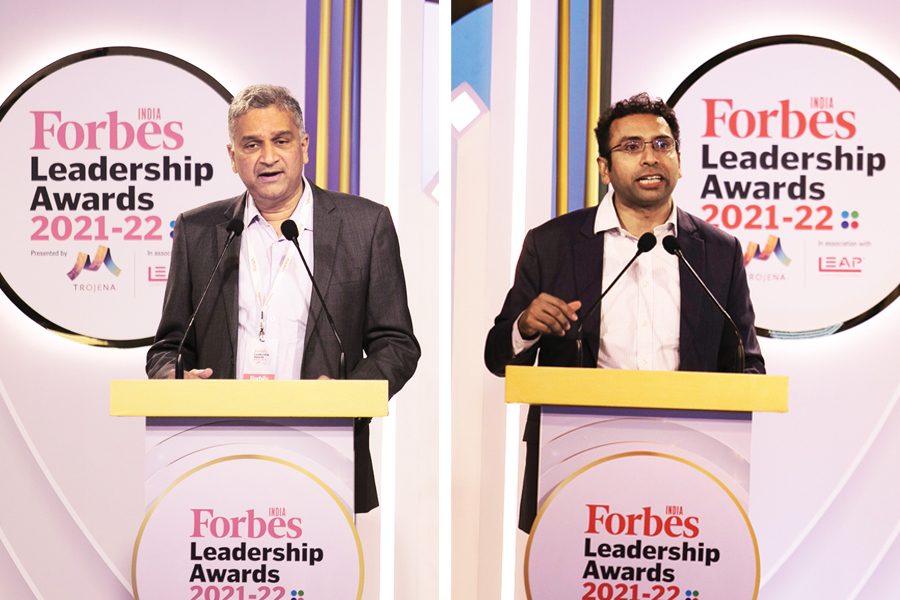 At the 2022 Forbes India Leadership Awards in Mumbai on March 25, where the best of India Inc was honoured, the audience listened with rapt attention to a power-packed Oxford-style debate. Two speakers—Saurabh Mukherjea, founder and CIO, Marcellus Investment Managers, and Madan Sabnavis, chief economist, Bank of Baroda—put across their points on: Will the government’s capex boost kickstart private investment and economic growth? In the current macroeconomic environment, there are concerns if the government’s capex push of ₹7.5 lakh crore can revive business sentiment, spur consumption, and fast track growth through a multiplier effect.

Both the speakers were allotted a total of 6 minutes for their opening and closing arguments. Prior to the debate, the audience was asked to vote and 63 percent polled in favour of the motion.

Mukherjea explained that around 60 percent of the capex is driven by trade, hotels, transport and communication, whereas construction as a sector comprises around 8 percent of the total capex. He highlighted the growing prevalence of technology expenditure as the biggest driver of capex, at 32-33 percent. He pointed to a strong rise in bank home loans, creation of 32 million formal jobs in the economy over the past two years as proof that the government’s capex push has revived the growth momentum.

Sabnavis, on the other hand, argued that while the government’s capital expenditure contributes to overall investment, it is not the sole driving factor in the absence of high capacity utilisation and consumption. He stated that it was important for the government to create an enabling environment for investments to enhance business confidence. This, according to Sabnavis, could be crucial to engine growth versus the higher capex outlay of ₹7.5 lakh crore.

Backed by data, anecdotes and numbers, both vehemently put forth convincing arguments before the final voting took place. In a quick turnaround, only 33 percent of the audience polled in favour of the motion.

Tweets by @forbesindia
Founders' Corner: What old and young entrepreneurs can learn from each other
When founders become content creators