Could dogs teach young children about altruism and helping others?

The presence of dogs has a positive influence on the development of young children. US researchers have found that dogs are an important source of behavioural and social learning for toddlers 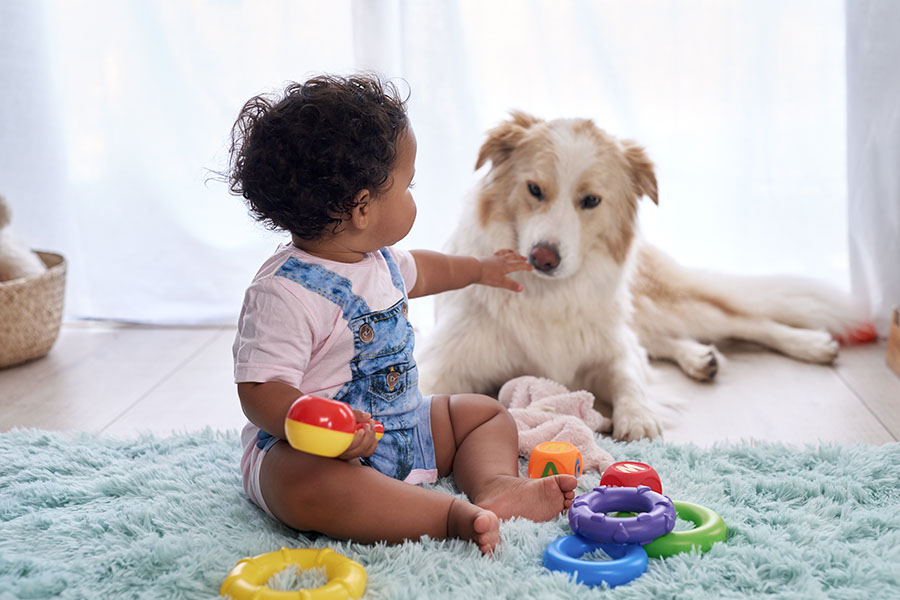 The presence of a pet motivates a child to want to interact with it, which promotes motor, cognitive and prosocial development. Image: Shutterstock

Dogs are often perfect life companions, especially for young children. Indeed, the presence of these furry friends has a positive influence on the development of young children. US researchers have found that dogs are an important source of behavioral and social learning for toddlers.

A research team led by Dr. Rachna Reddy, a postdoctoral fellow in evolutionary anthropology at Duke University, has been investigating how children interact with dogs. Of particular interest to the scientists was the propensity of toddlers to grab out-of-reach items of their four-legged friends, as evidenced by numerous videos on the internet.

To do this, they conducted several experiments with 100 children (51 girls and 46 boys) aged 20 to 47 months and three dogs described as particularly "friendly" between 2015 and 2020. Most of the toddlers in the study did not have pets at home.

The scientists found that infants gave dogs toys and treats that were out of reach 50% of the time when the canines tried to grab them themselves. In contrast, they gave them toys and treats half as often when the animals did not seem to show any interest in the items. In addition, Dr. Rachna Reddy and colleagues found that toddlers were more likely to help dogs if they lived with one of them on a daily basis, if the animal was lively and if the object was a treat rather than a toy.

Dog can be beneficial companions for young children

These findings, published in the journal Human-Animal Interactions, show that infants appear to understand a dog's needs, even though they do not communicate in the same way. "From several perspectives, children’s proclivities to attribute desires and goals to pet dogs during real-life, in-person interactions is unsurprising," said Dr. Rachna Reddy in a statement. "However, we observed as early as two years of age, children behave in ways showing they are not only able to read the goal-directed behavior of another animal but can and do employ that knowledge to help an animal reach its own goal. In addition to informing us about childhood helping, these early child behaviors may have important evolutionary significance."

Also read: Study shows dogs get teary-eyed when they reunite with owners

Scientists say more work is needed to understand the psychological mechanisms that drive toddlers to help dogs. But one thing is certain: the presence of a pet motivates a child to want to interact with it, which promotes motor, cognitive and prosocial development. Research shows that pets facilitate interactions with other humans, both adults and children. In 2020, for example, researchers at the University of Western Australia found that pre-schoolers growing up with a dog in the home were 30% less likely to have behavioral problems.

Tweets by @forbesindia
Photo of the day: Looking at the future
As a billionaire's fortune increases by $2.7 billion a day, one in ten people on Earth is going hungry