Forbes India 2021 Rewind: Top 10 stories you loved the most 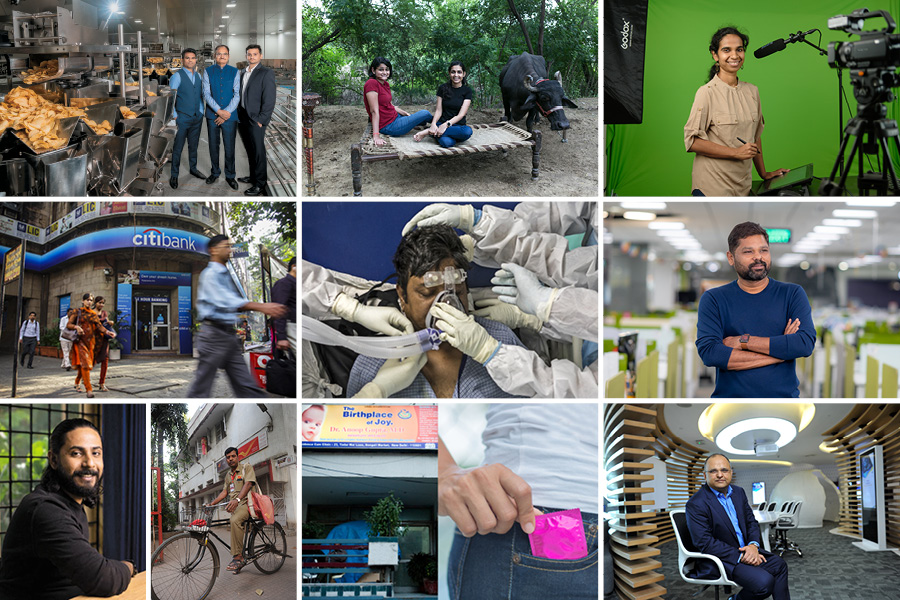 Forbes India’s top 10 most-read stories are a mixed bag. From how homegrown dating apps are finding love in India, to Girish Mathrubootham's billion-dollar dream for Freshworks, check out the full list:

Month: February
After 15 years at Infosys, where he built two billion-dollar units, Sanjay Jalona quit to lead Larsen & Toubro Infotech in August 2015. “I was not looking for a job,” Jalona says. He was attracted, however, by the chance to leave a legacy and transform an operation that had started out as the IT unit of the better-known engineering group into a world-class tech services provider in its own right. A year later, Jalona led the company to its Mumbai IPO.

As cloud computing becomes more mainstream, LTI is also building strong alliances with not only the ‘hyper-scalers’ like Amazon Web Services, Google, Microsoft and IBM, but also with the next generation of cloud tech providers like Snowflake. Jalona is taking on larger rivals like Infosys and TCS. Read the full story here
2) Covid-19 Unsung Heroes: Postal workers, delivery executives who worked tirelessly amid lockdowns | By Divya Shekhar
Month: January

This story was part of the New Year 2021 package called 'Living in Hope'. It put the spotlight on unsung heroes who saved lives and livelihoods in the wake of the Covid-19 pandemic, ranging from doctors and women self-help groups to teachers and municipal workers. This particular story spoke about the contribution of postal workers, and food, ecommerce and other delivery executives. Through the stories of Pradeep Sahu, a postman with India Post for the past 25 years, and Tripti Santosh Swami, who runs deliveries for social enterprise Hey Deedee, it narrated how postal workers and delivery executives tirelessly worked through the Covid-19 lockdowns to deliver food, medicines and other essentials to people's doorsteps so we can stay safely at home. Read the full story here
Read the full package here

3) Balaji Wafers: Building a Rs 2,000 crore-plus brand with stubbornness | By Rajiv Singh
This story encapsulates the journey of Rajkot-based Balaji Wafers which is the undisputed leader in four states—Gujarat, Rajasthan, Maharashtra, Madhya Pradesh—and present across 11. It is now gunning for a pan-India push. Building a Rs 2,000 crore plus brand wasn’t a cakewalk and the founders had to tide through a lot of obstacles. During initial days, the Virani brothers of Balaji spotted their first villains in a few retailers who either defaulted on payments or cheated them by claiming that the packs sold were soiled. Undeterred, they decided to widen their appeal. Loading bags of wafers on their cycles, and later on bikes, the brothers started moving from one hinterland outpost to the other. The quality and taste were garnering enough appreciation for Balaji to become the talk of the town over the next few years. Read the full story here

Read other stories of our Regional Goliath special here

In a world where most children don’t want to do what their parents did, two IITians and college roommates Neetu Yadav and Kirti Jangra ditched cushy jobs and overseas opportunities to sell cattle online. Their family which has been in the dairy farming business were not impressed. But Yadav and Jangra are rewriting the rules with Animall which has sold over five lakh cattle, grossing Rs 2,500 crore. Investors are impressed too. Read the full story here
5) Citibank: Why one of the world's largest and most iconic banks is wrapping up its retail business in India | By Manu Balachandran & Salil Panchal

Citibank, one of the oldest foreign banks operating in India, announced an exit from consumer banking business in India and 12 other global markets in April 2021. This was part of their global strategy and though impactful, it was not surprising. Their new CEO Jane Fraser wants to direct the bank’s investments and resources to businesses in four key locations—Singapore, Hong Kong, the UAE and London—where it expected huge scale and growth potential. This was a prudent move for the banking giant, which like other global banks, was staring at uncertain business cycles due to the pandemic.

The exit is also reflective of the intense competition which giants such as Standard Chartered and HSBC face in India, while taking on banking heavyweights such as HDFC Bank, ICICI Bank or even Bajaj Finance in the retail banking space. Axis Bank is emerging as a frontrunner to bid for the business, which includes credit cards, retail banking, home loans and wealth management. This would boost Axis Bank’s position further in the retail banking space. Read the full story here
6) HCQ to Ivermectin: Why India has got it wrong in Covid-19 treatment | By Divya Shekhar

This article was written at a time when the union health ministry's treatment protocol for Covid-19 continued to include drugs like hydroxychloroquine [HCQ], Ivermectin and Tocilizumab despite evidence that didn’t inspire confidence about their effectiveness. The article, quoting clinicians and experts, also detailed how India's drug regulator was approving medicines without following due scientific processes. About a week after this story was published, the health ministry dropped HCQ, ivermectin and other problematic drugs from its revised Covid-19 treatment schedule that was released in the first week of June. Read the full story here
7) Meet Anita Kishore: The firm hand behind Byju's global acquisitions | By Rajiv Singh

When people talk about Byju's, one either visualises the teacher or the founder Byju Raveendran (keen advert followers may also imagine Shah Rukh Khan). You may not have heard of Anita Kishore, the mechanical engineer turned maths teacher turned acquisition queen. She’s the Iron Lady behind Byju’s spate of global acquisitions. Read the full story here
8) How homegrown dating apps are finding love in India | By Aishwarya Shetty

The pandemic-related lockdowns gave a boost to the dating industry, as people began to transition to an increasingly online life. Before the late 2010s, there were no significant players in India’s online dating industry. But now, it is worth over Rs 2,394 crore ($323 million), and the country is the third-largest revenue generator, after the US and China. It seems that despite the prevalence of arranged marriages, Indian youngsters are willing to break traditional norms. Read the full story here
9) Tearing through India's sex paradox: Rising infertility, less condoms, more babies | By Rajiv Singh

In this story, Rajiv Singh analyses how the country is grappling with rising infertility rates and stagnant growth in condom usage. Over seven decades after Independence, India finds itself paradoxically sexed up, and also vexed. Infertility rates among young men and women are rising; millions of childless couples are clamouring for kids; a bunch of states, including the most populous Uttar Pradesh, plan to curb population growth despite experts citing a dip in total fertility rates; and men still remain obstinate in their reluctance to use condoms. The conservative attitudes towards sex coupled with a reluctance and awkwardness in pursuing sexual wellness has only complicated the problem. So is there really a way out? Find out by reading the story here

That led him to not rest on his laurels when Freshworks, the SaaS company he co-founded, hit $100 million revenue. He moved to the US and took the company to three times that revenue and then to a Nasdaq IPO. At the time of this story, though, he wasn’t yet committing to a listing in public. He was, however, surely dreaming of a $1 billion revenue company.

Today, investors, as well as people like Tyler Sloat, Freshworks’s CFO, believe the company can clearly go on to become a multi-billion dollar revenue enterprise, with customers around the world. Read the full story here

Tweets by @forbesindia
Charting a new path for your organization: The 4Ps
The companies benefiting from fragmenting internet privacy rules