Deal will help Axis close the gap with peers HDFC Bank, ICICI Bank, but the bank will face a steep challenge of retaining talent and clients in a tough business environment 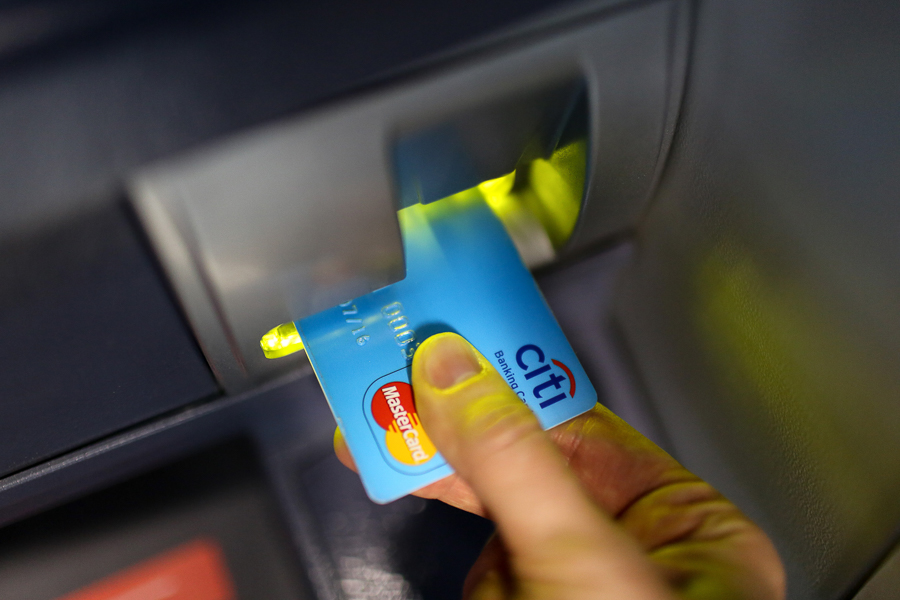 The valuation of this deal is based on a PE 18.7x based on normalised calendar year 2020 standalone earnings of this business; Image: Andrey Rudakov/Bloomberg via Getty Images

Private sector lender Axis Bank on Wednesday announced a deal to acquire Citibank India’s consumer banking business for Rs 12,325 crore (approx. $1.6 billion), in a move to try and narrow the retail banking gap between themselves and leaders such as HDFC Bank and ICICI Bank. The transaction comprises the sale of the credit cards, retail banking, wealth management and consumer loans. The procedure—which is likely to be completed over the next 9 to 12 months—also includes the sale of the consumer business of Citi’s non-banking financial company, Citicorp Finance (India) Limited, comprising the asset-backed financing business that consists of commercial vehicle and construction equipment loans as well as the personal loans portfolio. Citi will retain its institutional client business.Calling this a “once in a lifetime” deal, Axis Bank’s managing director and CEO Amitabh Chaudhry, said: “This is one of the best consumer franchises in the country with the quality of customers and wealth franchise unmatched. The value we are paying is right. If we can manage client attrition, employee attrition and technology integration well and then cross-sell to our customers we will come out the winner.”Citi has 2.55 million credit cards issued and a loan book size of Rs 8,900 crore, according to RBI data, but its market share in the credit card business has been reducing due to increased competition from domestic private sector banks. The valuation of this deal is based on a PE 18.7x based on normalised calendar year 2020 standalone earnings of this business.

Besides boosting the credit card business, the deal will help Axis expand the wealth management business, with the combined AUM of wealth franchise expected to increase by 42 percent. Axis is competing with foreign giants such as Julius Baer and Credit Suisse and domestic experts such as IIFL and Kotak Mahindra Bank. 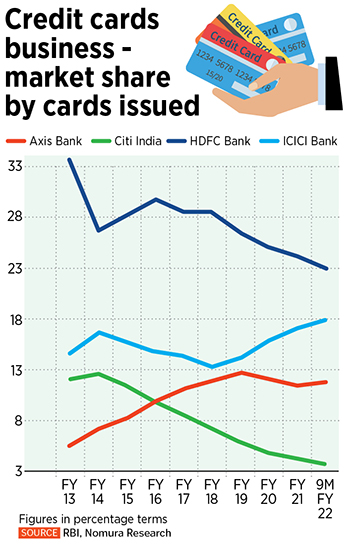 The deal will close in 9 to 12 months and it will take an additional 18 months to fully integrate the businesses, Chaudhry said. The payment will be made when all approvals and assets and liabilities of Citi’s consumer banking business are transferred to Axis Bank.Axis Bank shares closed up 2.26 percent at Rs 754.5 at the BSE, prior to the announcement of the Citi deal.On April 15 last year, Citigroup, the New York-headquartered $151 billion financial services company had announced its plan to exit the retail banking business in India as part of an ongoing strategic review of its business. Citibank had set foot in India 119 years ago when it started operations in then Calcutta, part of British India. A century later, the company had built a business covering some 2.9 million retail customers, 1.2 million bank accounts and 2.5 million credit card account holders. It has over 35 branches in the country.The company’s exit from India is part of the group’s plan under a new CEO to direct investments and resources to businesses in four key locations where it foresees huge scale and growth potential. That includes Singapore, Hong Kong, the UAE and London, and as a result it will exit its consumer banking business in 13 markets, including Australia, Bahrain, China, India, Indonesia, Korea, Malaysia, the Philippines, Poland, Russia, Taiwan, Thailand and Vietnam.After Wednesday’s deal announcement, Titi Cole, CEO of legacy franchises at Citi, said in a press statement: “We believe Axis will provide our employees an excellent environment to build their careers and will meet all the financial needs of our consumer clients.”

The deal has its obvious benefits. But it comes at a time when retail banking continues to face the impact of the Covid-19 pandemic. Amongst all the retail banking businesses, only home loans and loans against property have seen growth in recent months. “Banks have not lowered their guard yet. They are keeping credit policies tighter at this stage. Higher input costs and inflation will impact disposable income in coming months,” says Nilanjan Karfa, executive director, banks and financials-equity research, India at Nomura.“To an extent, Axis will be able to narrow the gap between themselves and peers ICICI Bank and HDFC Bank. The deal appears to be fair value, assuming that the retail franchise does not deteriorate,” Karfa said.Axis Bank is well capitalised at the moment and has an asset quality, which will not cause concern. The bank still has multiple challenges to tackle, which include retaining talent in the bank and motivating his employees. Its biggest KPI from the deal will be to ensure that customers do not leave during the transition.In March, e-commerce giant Flipkart and Axis Bank announced that their co-branded credit card, ‘Flipkart Axis Bank Credit Card’ launched in 2019, had crossed the two million Cards in Force (CIF) milestone. ICICI Bank has an equally successful tie-up with Amazon India. But, with the entry of aggressive private sector lenders, Citibank has been losing market share in the credit cards space to 3.7 percent in December 2021 from 12 percent as of March 2013.Citi’s decision to exit its retail business followed a similar trend involving foreign banks who, in previous years, have been busy exiting their business in India. Much of that has to do with the high capital and regulatory requirements in India. Among others, over the years, UK-based Barclays, Deutsche Bank, BNP Paribas, HSBC and Standard Chartered have curbed their operations in India, while UBS, JPMorgan, ING and Goldman Sachs have surrendered their banking licences.Only DBS has been an exception, having found success in penetrating the Indian market largely due to their ability to focus on small ticket retail banking.

Tweets by @forbesindia
With radical changes, the Audi Q7 is back, and it's hard to miss
CNBC-TV18's 17th IBLA Jury meets; Top business leaders present their vision board for 2022